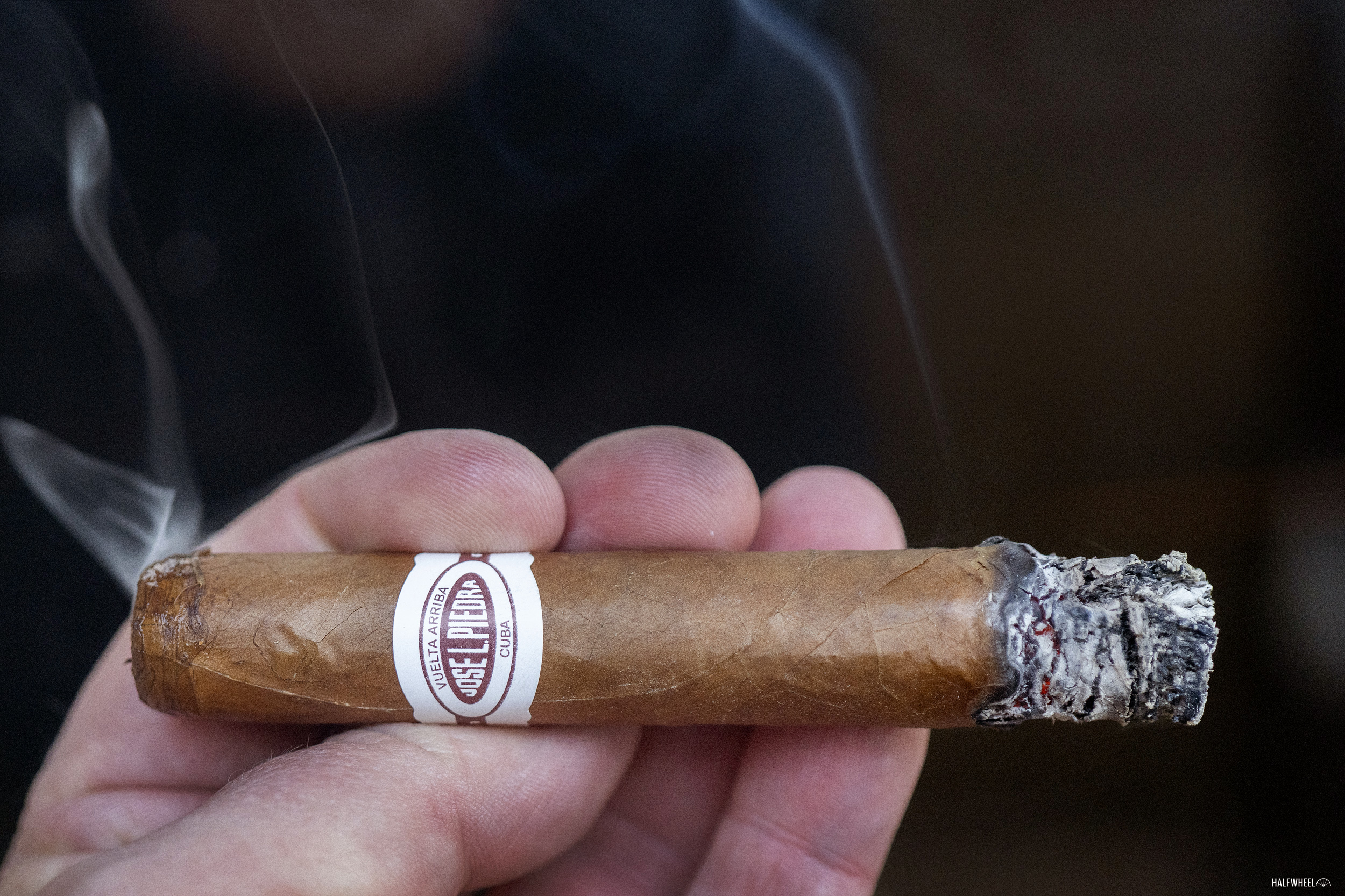 Mention Cuban cigars to your average cigar smoker and their first thought will most likely be of the large number of Edición Limitadas, Edición Regionals or other special creations that Habanos S.A. ships every year.

However, along with those releases that garner the majority of the press headlines, the company also produces a fair number of short filler cigars. Long considered to be some of the most affordable products in the Habanos S.A. catalog, these value-priced blends have been an important part of cigar smoker’s options when purchasing Cuban cigars.

One of the oldest value-priced marcas is José L. Piedra which was founded by José Lamadrid Piedra and his brother Vincente in the 1880s. Originally a long filler cigar, the brand was rolled in a small factory in the town of Santa Clara, which is located in the Vuelta Abaja region of Cuba. However, after the Cuban revolution, the marca lost favor with the new leaders of the country until it was discontinued entirely in the early 1990’s.

In 1996, the José L. Piedra brand was relaunched, this time as a line full of lower-priced cigars produced in large quantities. The marca is currently made up of five different regular production vitolas, including the newest addition that is the subject of today’s review. 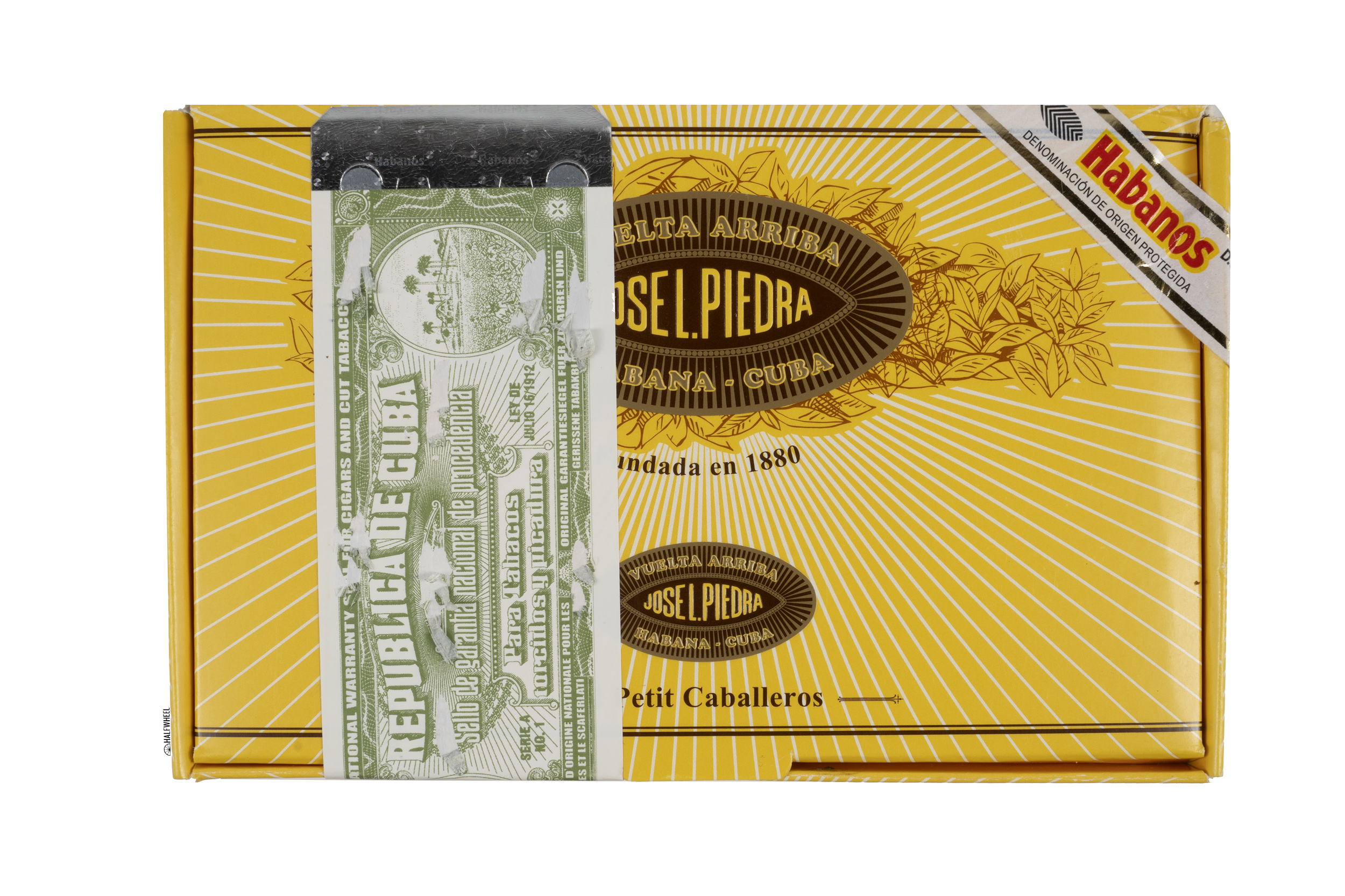 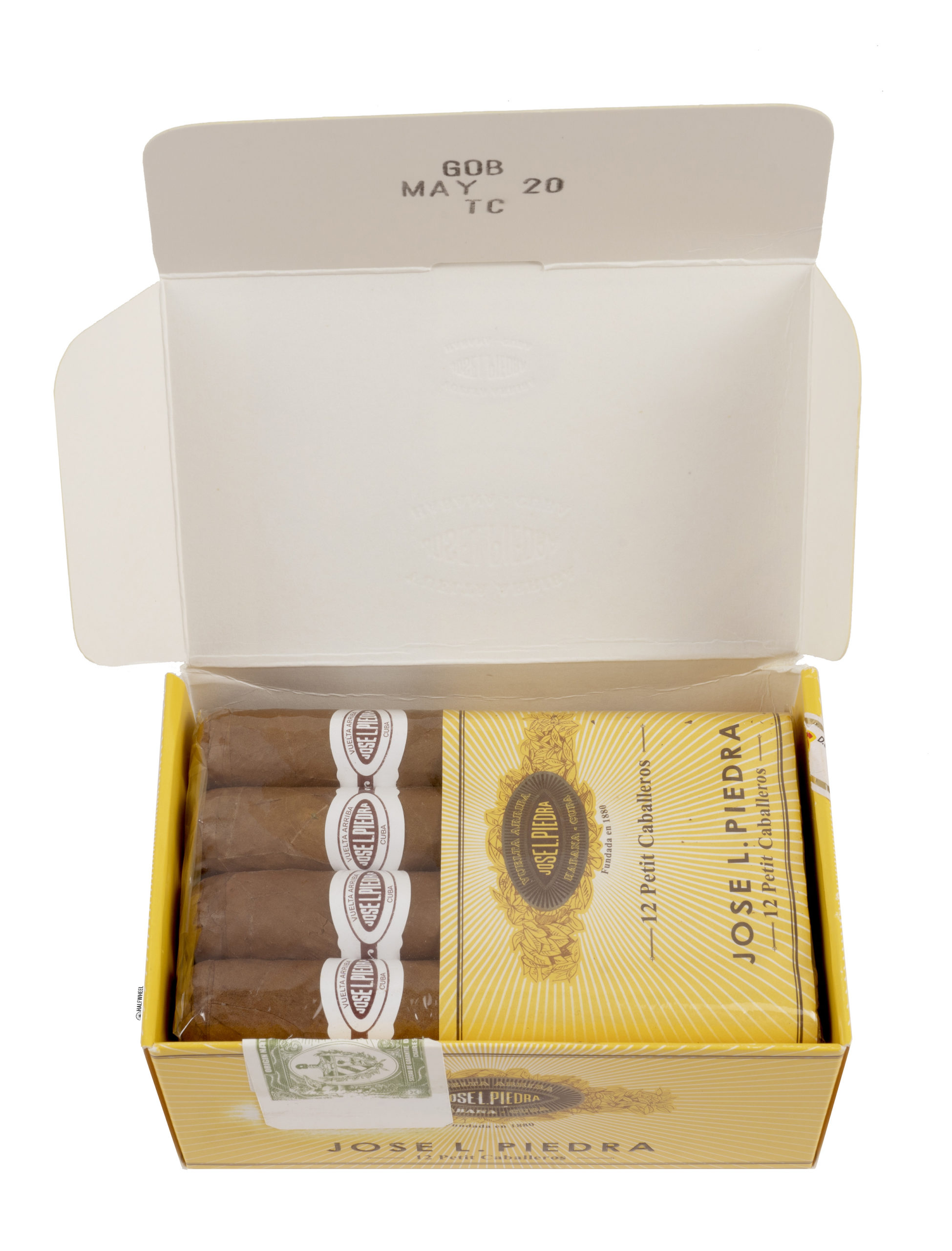 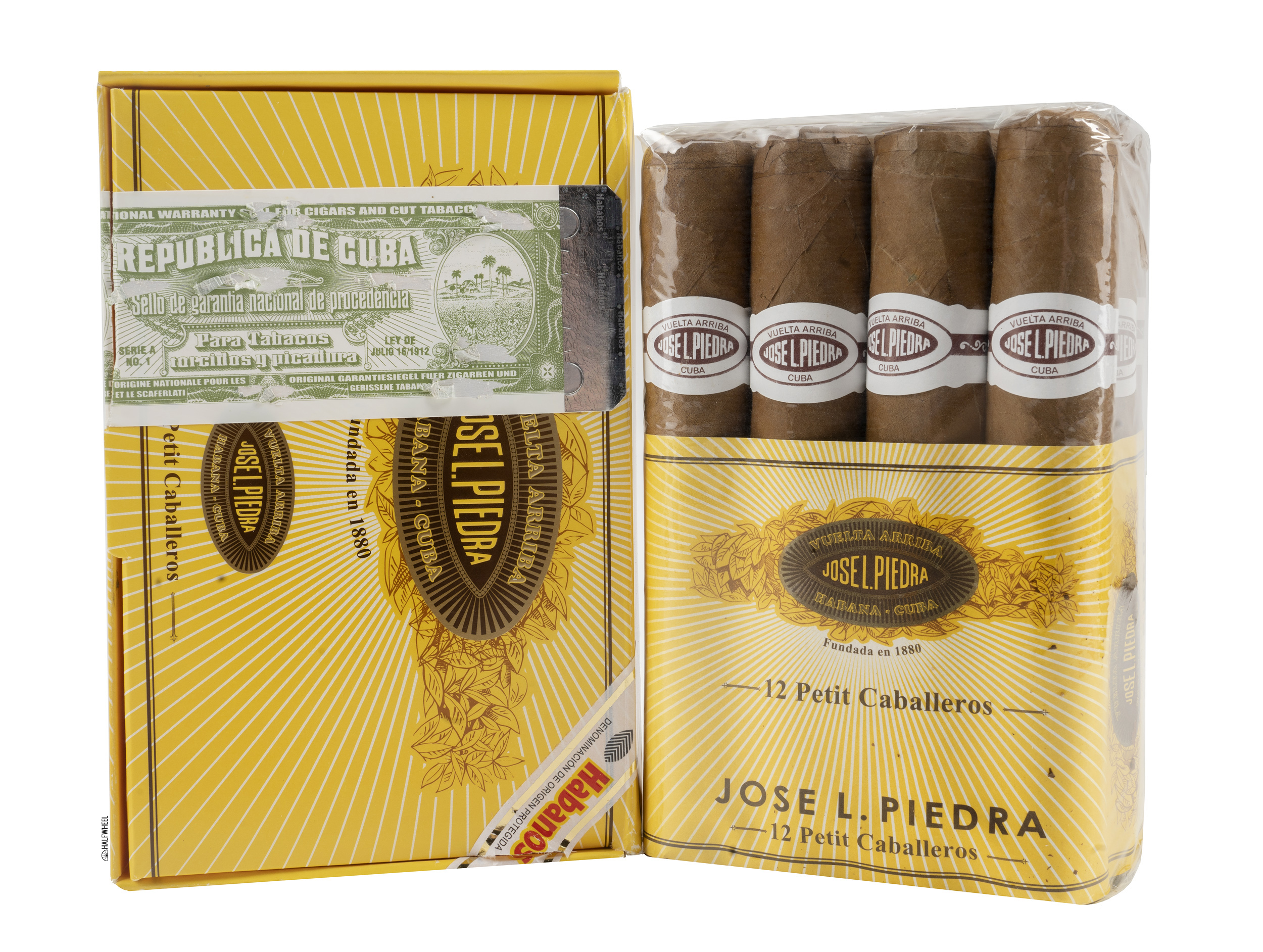 Earlier this year, Habanos S.A. announced it would be adding a brand new size to the José L. Piedra line, a 4 3/4 (120mm) x 48 corona that the company has dubbed Petit Caballeros. Officially known as a Hermoso Especial, the vitola has only been used once before, specifically for the Punch Regios de Punch, which was one of the Edición Limitadas released in 2017.

The addition of the new Petit Caballeros vitola was preceded by an announcement from Habanos S.A. that the company would be giving the José L. Piedra line a makeover by updating the logo and bands. The changes also extended to the packaging for the marca, with the number of cigars offered per box reducing from 25 to 12 cigars. 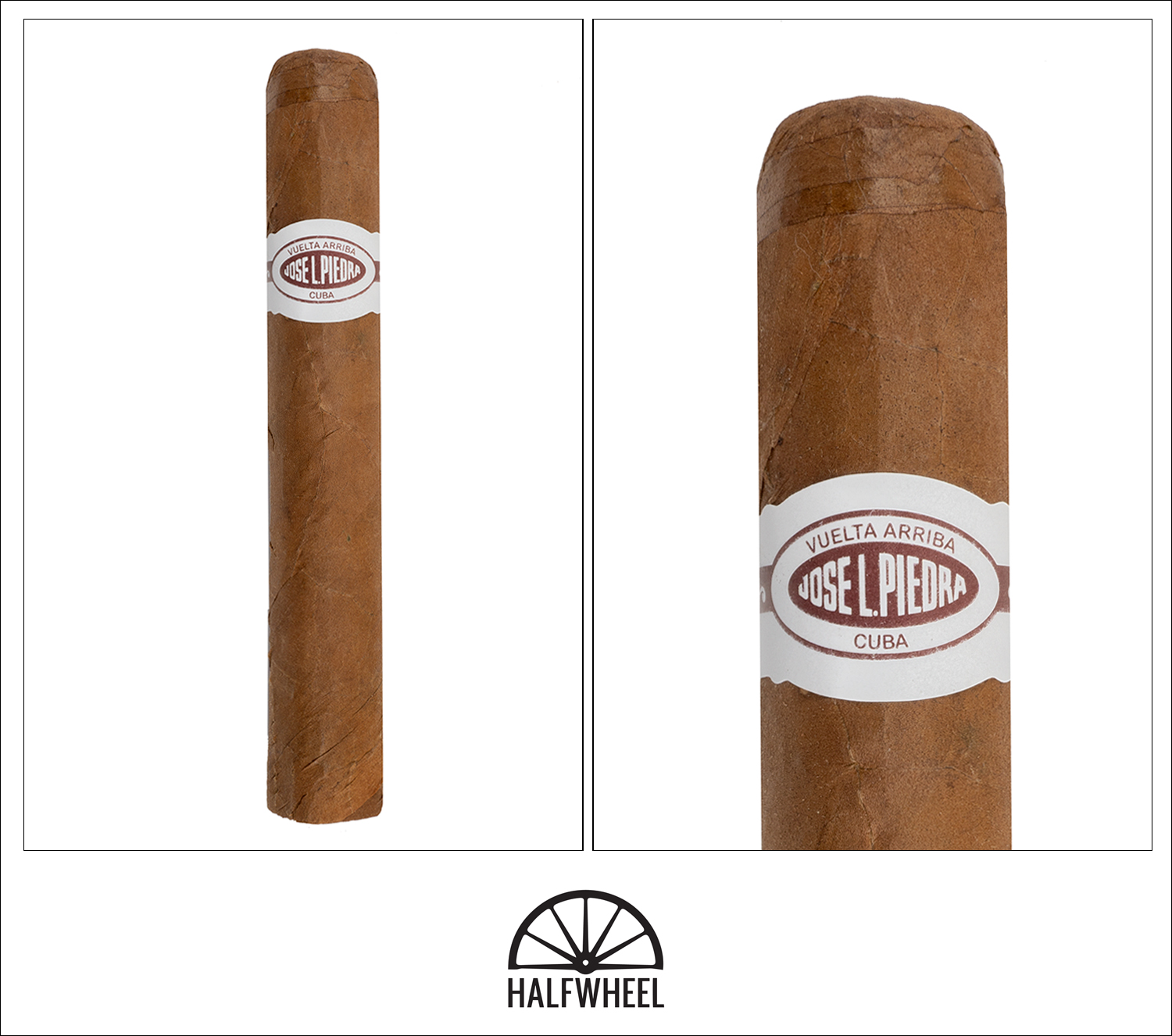 From a visual aspect, the José L. Piedra Petit Caballeros is not going to win any awards any time soon, as the golden brown wrapper leaf that could generously described as “rustic” features not only a large number of large protruding veins but also is lacking any overt signs of oil. The cigar is nicely firm when squeezed and one sample has a spot of a foreign substance attached to it near the foot. The aroma from the wrapper and foot is a combination of barnyard, earth, leather, cedar, hay, cocoa nibs, espresso beans and slight cinnamon, while the cold draw brings subdued flavors of dry peanut shells, leather tack, aged cedar, white pepper, dark chocolate and light vanilla sweetness.

Starting out, the first third of the Petit Caballeros features a profile dominated by light flavors of both peanut butter and cedar, with secondary notes of even lighter cinnamon, earth, leather, hay and pencil lead. There is also some white pepper and vanilla sweetness noticeable on the retrohale, and while I am picking up a bit of spice on my lips early on, it fades to virtually nothing after about 15 puffs. Construction-wise, the cigar has an excellent draw after a simple straight cut and plenty of smoke, but the burn is all over the place, albeit not quite bad enough to need correcting just yet. The overall strength starts out fairly mild, but does manage to increase enough to reach a halfway point between it and medium by the end of the first third.

Thankfully, both the peanut butter and cedar flavors have become noticeably more distinct by the time the second third of the José L. Piedra begins, leading to a slightly more enjoyable profile that includes notes of dank earth, tree bark, leather, sourdough bread, generic citrus and a slight cinnamon flavor. In addition, the vanilla sweetness on the retrohale from the first third has morphed into an interesting banana note, although it remains too light to really impact the overall profile in any meaningful way. Thankfully, the burn has evened up nicely and seems content to stay that way, while both the draw and smoke production continue to give me no issues. The strength does get a bit closer to the medium mark, but it seems to stall out there as the second third comes to an end. 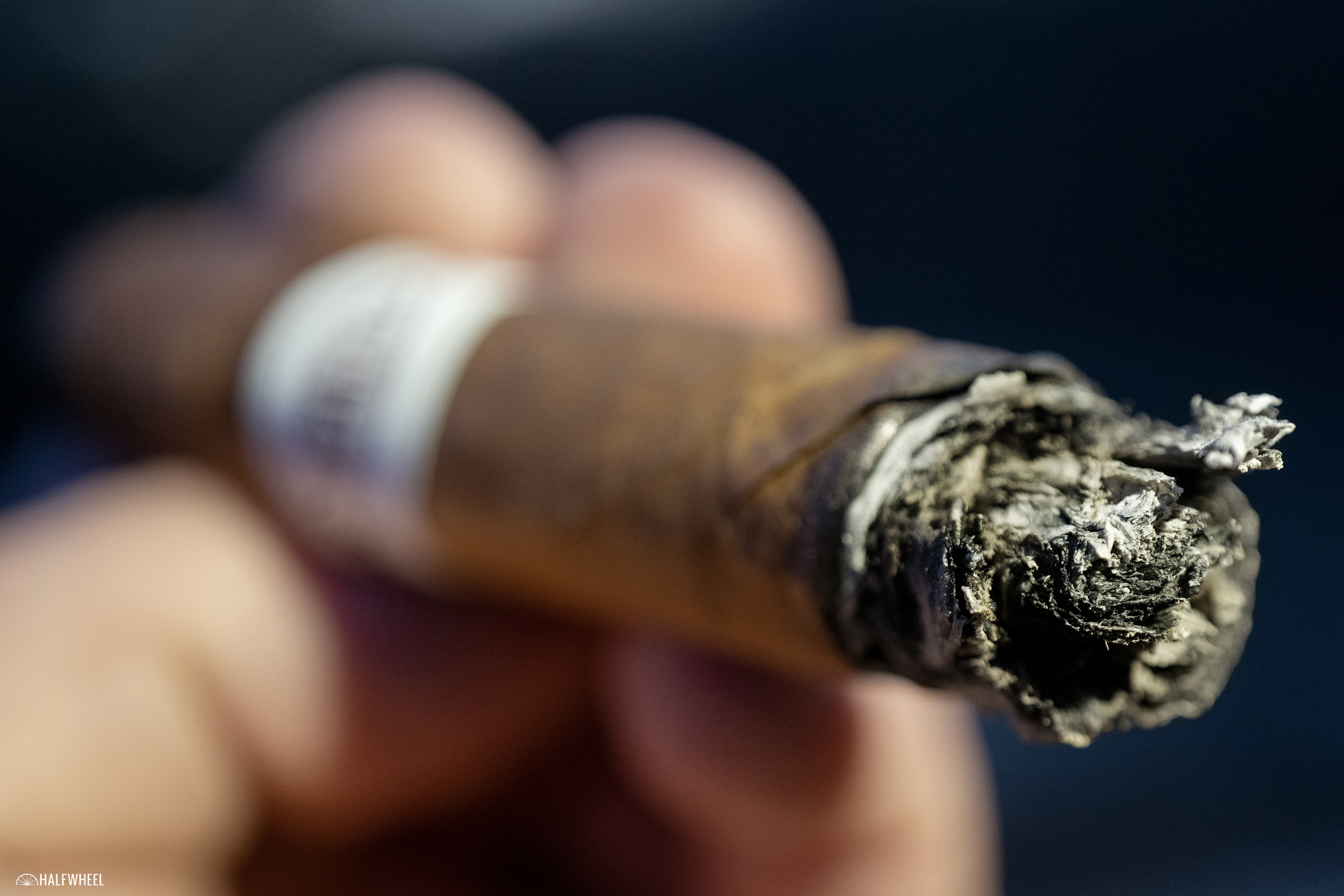 It seems as though the José L. Piedra Petit Caballeros is a one-trick pony when it comes to dominant flavors in its profile, so it is no great surprise when the combination of peanut butter and cedar remain in the top spot. A field of other flavors flit in and out in the background as well, including leather, hay, popcorn, cocoa nibs, tea leaves and a touch of floral, but none are even close to strong enough to threaten the dominant notes at any point. Unfortunately, the banana sweetness from the second third has reverted back to the original more boring vanilla note, which combined with the light pepper ends up making the profile noticeably less complex overall. The construction continues to give me no issues, including a nice draw, a decent burn and plenty of dense, white smoke. Finally, although the overall strength has increased a small amount, it still falls a bit short of the medium mark by the time I put the nub down with about an inch remaining. 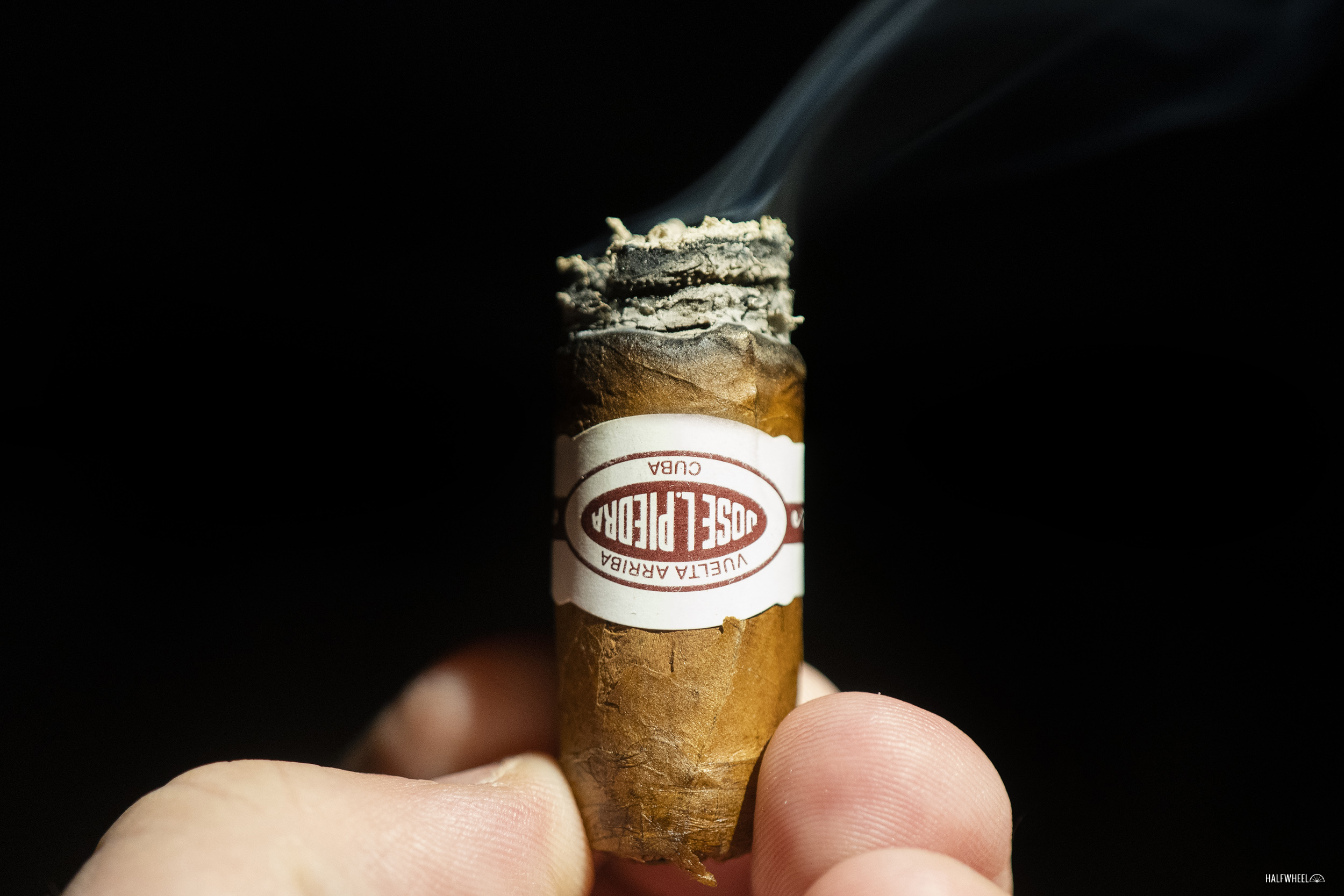 I have not smoked that many short fill blends from Habanos S.A.—this may very well be only my second, third and fourth cigars that I have smoked from the Jose L. Piedra line—but I came away from the experience mildly impressed. Although it will not win any awards for visual appeal or complexity, the profile made up of cedar, generic nuts and leather was enjoyable and the construction gave me nothing to complain about. There were also a number of fleeting flavors I picked up on that were sadly never strong enough to really impact the profile, including citrus, pencil lead and even a bit of banana sweetness on the retrohale. In the end, one of the largest issues people will have with Petit Caballeros is the price point being charged for a short filler cigar, and while that is a valid concern, I have smoked numerous releases from various countries retailing for twice the amount that ended up being not even half as good.