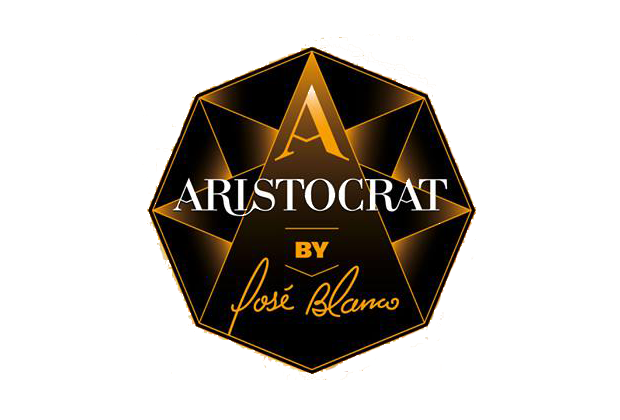 José Blanco has been a busy man of late, first announcing the debut line from his new company, the Las Cumbres Tabaco Señorial, and then seeing a private label blend he created for a Russian company come to market.

The “Aristocrat by Jose Blanco” was made for Neska Company, and Blanco told halfwheel that “they own the brand, it is their private label.” He did mention that he believes it is the first private label for Russia with a name behind it.

Neska was founded in Moscow in the early 1990s, and has since grown tremendously with over 15 offices throughout the country. They started as the exclusive distributor for Swedish Match though didn’t distribute premium cigars until they picked up La Aurora, the company Blanco worked for in several capacities over 30 years, including as their sales director for 12 years. Their roster of companies represented includes Scandinavian Tobacco Group, Jesus Fuego’s Tabacos SA, La Aurora, Tatiana and others.

Blanco says the company has “a fantastic network and very good knowledge in premium cigars.” He also cites the cigar education they have picked up from the Dominican Republic, where they have had ties since late 2005.

The introduction between Blanco and Neska came via his father-in-law, Ake Viktorsson, who Blanco said has been very involved in business in Russia since the early 1990s, and has developed a close friendship with Neska’s CEO Alexey Aksenov.

When Neska decided they want to release their own private label, they turned to Blanco and the Aristocrat by José Blanco was born.

Described as a “rich and complex cigar with medium to full strength,” it uses a Nicaraguan wrapper, Ecuadoran Connecticut binder and filler from Honduras, Peru, Nicaragua and the Dominican Republic, which Blanco says is the result of Russian smokers having good palates and wanting such cigars. He did not disclose where the cigar is being made.

The cigars appear to have been released, as a post with the following graphic was left on Blanco’s personal Facebook page on Wednesday morning, along with the note “Super New Year 2014.”