If you’ve stepped into a couple of retail cigar shops over the past few years, you’ve almost certainly come across the JFR line. Launched by Casa Fernández in 2011, the brand has become a favorite for offering value-conscious cigars in big ring gauges that still manage to deliver some good flavor.

Since its debut, the line has grown quite a bit, including the addition of the JFR Lunatic extension. The first addition was an 8 x 80 monster dubbed the Mambo, and has since grown to include the El Chiquito (4 3/4 x 70), Jackhammer (8 x 60) and the most recent addition, the JFR Lunatic Shaggy Foot Torch.

This 7 x 50 Churchill vitola is slender compared to the other cigars in the line, but the size is the least of the differentiators. First is the inch of tobacco that sticks out from the foot and gives the cigar part of its name, while the second is updated band that the cigar wears, a departure from the silver and purple scheme of the other Lunatic releases.

”We wanted to show the rustic beauty of the cigar,” said Max Fernández Pujols at the time of the cigar’s announcement. “We left the leaves showing as a reminder that cigar-making is a hand rolled craft. We’re leaf growers, so we liked that you can see the bare leaves that we grew on our farms in Nicaragua. It’s genuine, you can see the leaves that we’ve grown and processed the way we see them when we’re working with tobacco in Aganorsa. Every day we’re smoking those leaves in rustic hand rolled vegueros from the pilones and from the aging tobacco bales.”

As for the tobacco inside, it is all Nicaraguan, with a five-year-old corojo 99 wrapper capping everything off, the first time the JFR line has used such a leaf.

Here’s what I said about the JFR Lunatic Torch when I reviewed it in August 2016:

There are lots of good terms to bestow on a cigar, but few carry as much weight to me as “I’d really enjoy another.” The low nicotine and progression of balanced flavors of the JFR Lunatic Shaggy Foot Torch are the hallmarks of this cigar, while the overall technical performance keeps distractions to a minimum, relegated mainly to some flaky ash. Fire up one and you might just find yourself in the same predicament I found myself, seeing if I could carve out time for another. 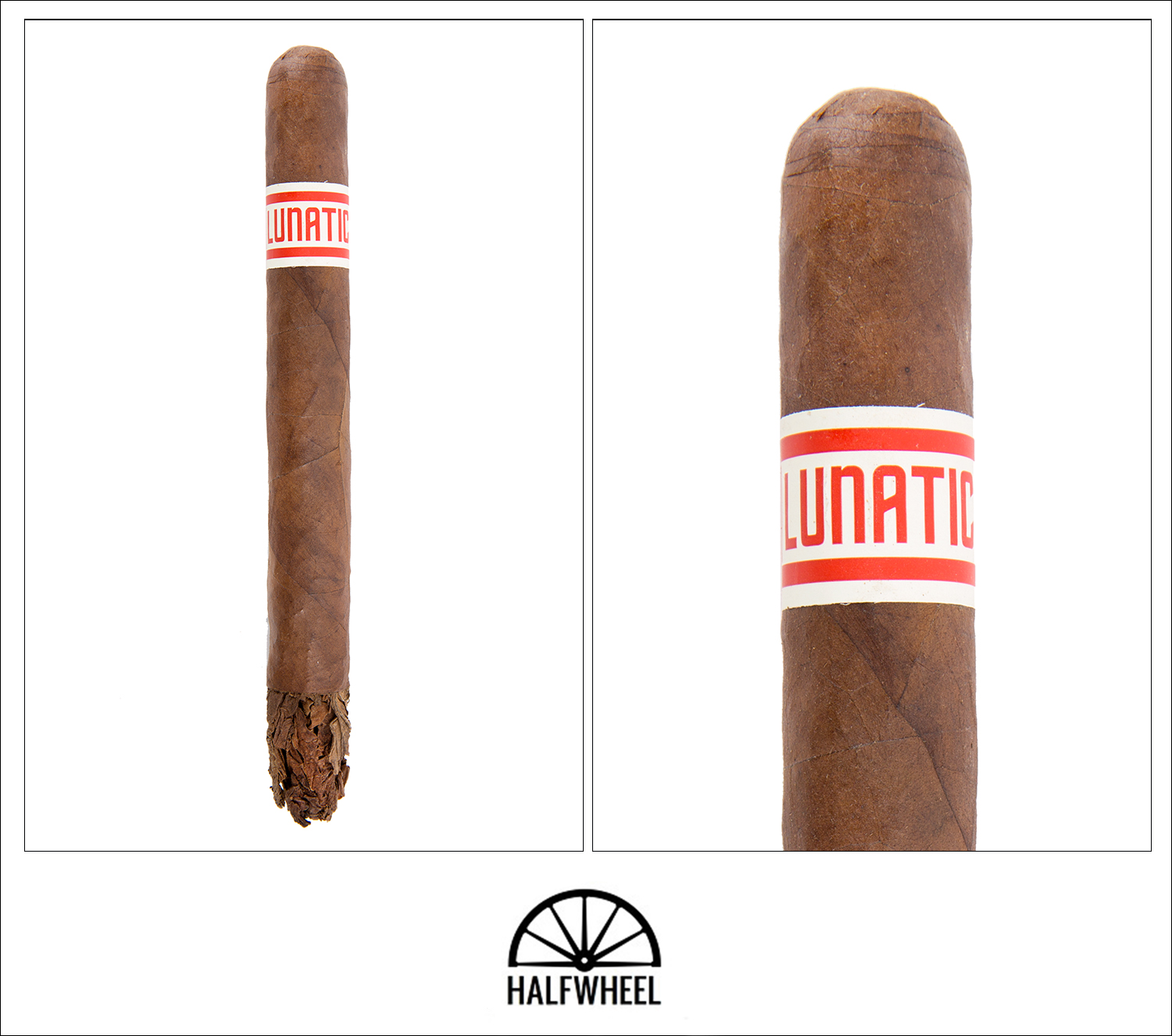 There are two rarely seen things in the cigar world that are both seen on the JFR Lunatic Torch: an extremely shaggy foot and a piece of cello that covers neither the head or the foot, but rather the area between the top of the band and where the tobacco starts to stream out of the foot. The wrapper leaf is a gorgeous shade of reddish brown, typical in its vein structure with none too big but plenty to look at, and a slightly dry feel in the fingers. As for the role quality, it’s about as good as one could ask for with flat seams and a near flawless cap. I’m a bit surprised I don’t get more aroma from the foot of the cigar, but it smells more like a hand of filler tobacco plucked from a pilón more than anything else. The cold draw is a touch loose but offers more to dissect; the first draw is sweet with thick apricot and mango, with follow-ups adding a mix of lumber, peanut butter and wheat bread.

Once again, a triple torch lighter makes quick work of the shaggy end of this cigar; fortunately it didn’t send pieces of burnt tobacco flying all over as I feared. Given that the first puffs consist of filler tobacco, I’m not surprised that they are a bit nondescript, again offering a generic tobacco flavor. Once the burn line reaches into the main cylinder of the  JFR Lunatic Torch and the wrapper and binder get added, flavor takes a notable step forward with pepper, dry woods, and peanuts. While I expected the shaggy foot of the cigar to turn into a fairly fragile ash, I was a bit surprised how easily subsequent clumps came off, seemingly breaking off without prompting or warning. While it doesn’t happen quite exactly at the midway point, the cigar shows off the results of a steady building of flavor that on a puff-by-puff basis doesn’t capture the attention, but suddenly commands the palate with pepper, wood and a bit of dry earth. If anything, the cue comes from the finish, as even as the cigar rests for a minute or so it feels like I had just puffed on it. While it works well in the second third, by the final third the lack of change isn’t as endearing, and the pepper feels like it is not loitering on my tongue instead of just lingering, a bit sharper and less flavor than sensation. There’s a bit more car n the mix as well, light and biting on the tongue, while retrohales are more enjoyable but aren’t without flaws as well. Things rectify themselves a bit in the final inch as I work to keep the smoke cool, yet it can’t shed all the flaws. Thankfully the burn of the cigar has been quite good over the nearly two hours of smoking time, something that was a bit shorter than it was when I first smoked it.

Time does affect cigars, and in the case of the JFR Lunatic Torch, it seems to have cost it what sweetness it had, negatively affecting both the balance and complexity of the cigar. While the technical performance was still near flawless, it could only do so much to help my enjoyment of the cigar, and it seems more of the delicate ash ended up on me or the ground than in the ashtray. While my initial experience with the JFR Lunatic Torch had me wanting another, this revisit answers the question pretty definitively: I’m good with just the one.