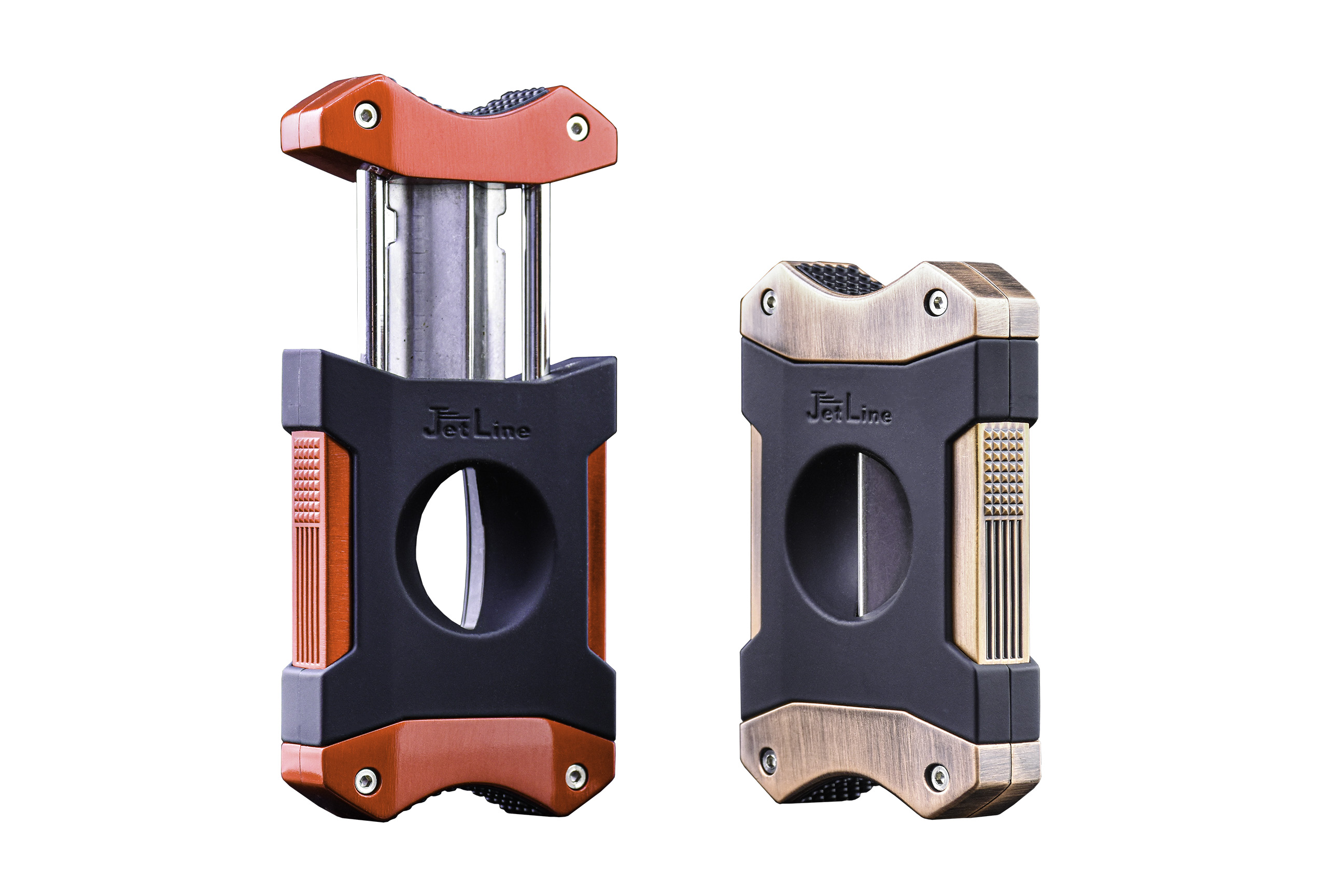 In just a few weeks, JetLine will be releasing its newest v-cutter, which it is calling The Judge.

Update (March 7, 2022) — JetLine informed halfwheel that it is changing the name of this product to the JL-Judge due to a trademark infringement claim by My Father Cigars. It had previously been referred to as The Judge. We have updated the headline of the story, but as this article was published before the name change, you will see the product referred to by its original name.

It measures 2.95 x 1.77 x .55 inches (75 x 45 x 14mm) and is available in two colors, black and rose gold or black and red. The Judge’s cutting mechanism is opened by squeezing the two sides together, which allows the user to position their cigar and begin the cutting process. The stainless steel blade is guided in its alignment by rails on each side to achieve a smooth, clean cut. Each end of the cutter also has a curved, textured rest for your fingers to facilitate the cutting action. The Judge is capable of cutting cigars that have up to a 70 ring gauge, according to the company.

Update (Oct. 18, 2021) — The release of The Judge has been delayed; the company has not yet specified a release date but was optimistic it would be shipping before the end of October.