Lighter reviews take a while to do. Why? Because any lighter should work for the first 30 days, it’s a few dozen refills, a couple plane rides and a few drops to get any sense of whether I should recommend a lighter, and even then, that’s not enough.

Someone ran off with my Blazer Pocket Micro Torch at an event a few months ago and I had not replaced it. Finally, after going a few months with heavier lighters with less fuel capacity I decided I needed to replace it. I went into my local brick and mortar, looked at the new Palió lighter and was ready to purchase it until the owner of a local shop told me to wait, because JetLine had a new lighter coming out at a fraction of the price that was going to stop making me miss my Blazer.

And I waited, and waited, and then bought another Blazer, and then waited some more, and then finally, I got a lighter that was not what I wanted. See, the problem with the newest version of the JetLine Super Torch is that it’s a triple flame, I wanted a single flame. It’s the second version of the triple flame variety of the JetLine Pocket Torch. The Pocket Torch (JetLine, not to be confused with the aforementioned Blazer Pocket Micro Torch) is a knock-off version of the Little Buddy (Blazer) with a clear, or opaque, fuel tank and your choice of one, two or three flames. The difference between the two? Pretty much everything.

So how do you tell which Blazer you are getting. First, if it’s not a triple flame, you don’t have the Super Torch. Also, if the tank is not clear or an opaque dark blue or green, you don’t have a Super Torch. If the top is more silver than gunmetal, you have the inferior and older model. Finally, and perhaps the most definitive is in the vents. Rectangular vents running horizontally wide means you have the newer model.

JetLine made the Super Torch a better lighter. The noticeable place of improvement is in the smoothness of the ignition. It’s still firm, but it’s multiple times smoother and easier to handle. As for fuel capacity and efficiency, it’s slightly increased, although not noticeable under normal use, i.e., if you don’t have a competition to see which lighter lasts longer you are not noticing the difference. As far as longevity, I never used the other lighter very often, but I’ve had the Super Torch for the last few months and have yet to see any sign of it letting up. As for other triple flames in similar style. There is the XIKAR Tech Triple lighter in triple flame, which retails for $60, nearly four times the cost of the JetLine, although with a much better warranty. There is the less expensive Vertigo Cyclone, which I have only seen once, and not functioning correctly. Although, I wouldn’t necessarily write it off on that one performance. Other companies like Nibo make other lighters, I have zero clue as to what their performance must be like. 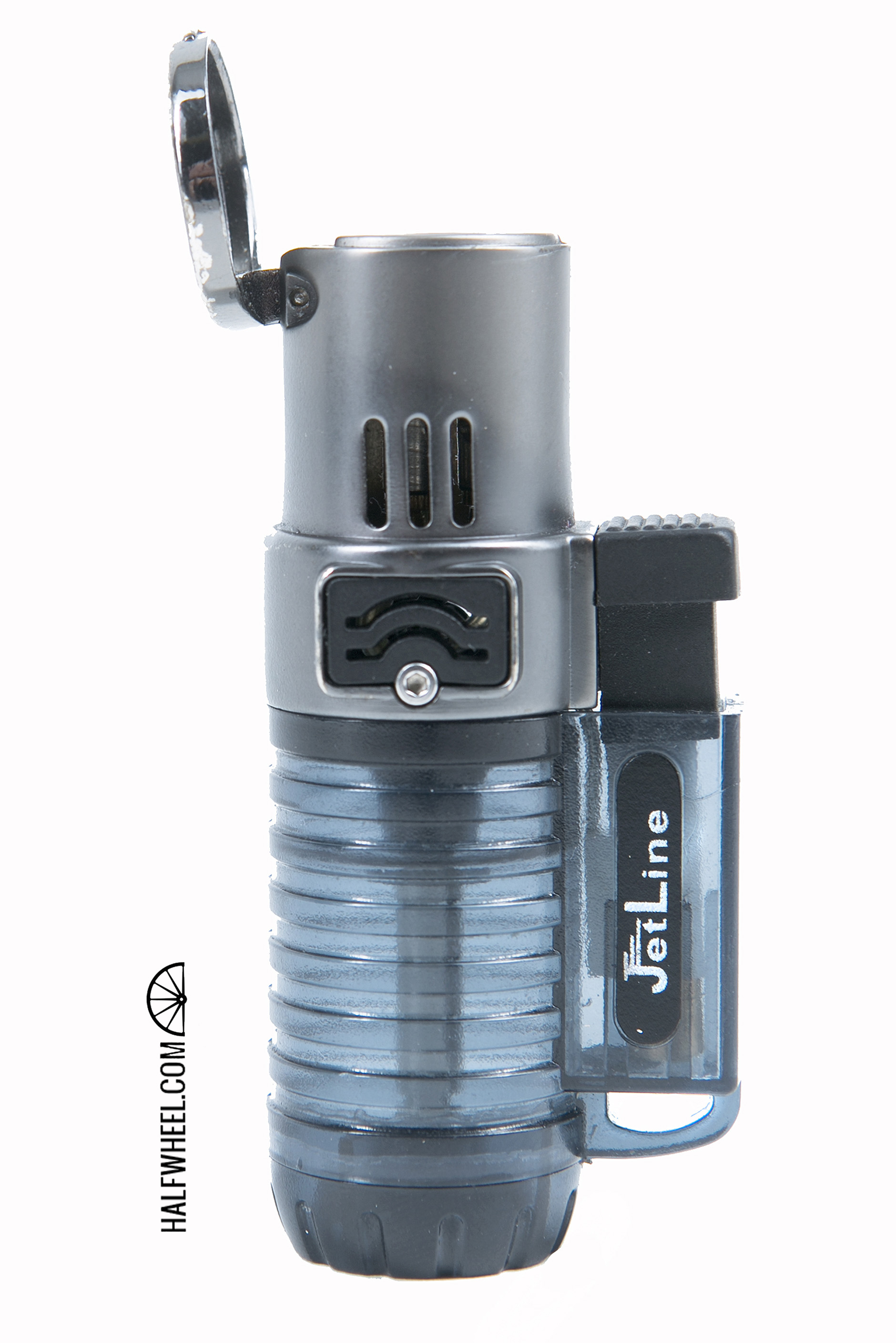 There is one company that must be concerned about the Super Torch, Blazer. The Pocket Micro Torch, Little Buddy and Ambassador are all similar to the Super Torch and all more expensive, starting at double the price. When JetLine does make a single flame with the same mechanism as the Super Torch, which will happen, Blazer could be in trouble, big trouble. The reality is JetLine is making a product that is up to competing with Blazer on something other than price, and it just happens to be a fraction of the price with three more flames. Call me converted.