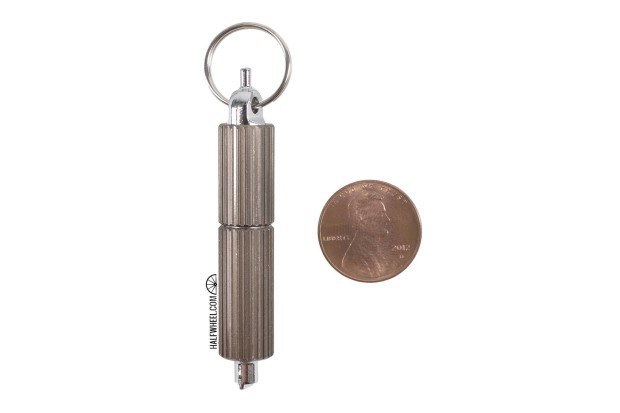 The JetLine Cigar & Lighter Tool is a unique item, featuring a combination of tools for the cigar smoker in one sleek package: not only is it a cigar lighter purger, but it is also a valve adjuster and has a built in 8mm cigar punch as well, all in a very slim design that sit comfortably on a key ring. The tool is sold in two different finishes—black and gun metal—each of which have an MSRP of $25, although the prices online go as low as $9.99.

The key ring function is hard to screw up as it is integral to this specific tool. It allows you to always have it on you, and the relatively light weight and small footprint means that it is not as annoying to caring around with rest of you keys as it could be. The ring is nice and thick, and easily performs the function it was designed to do.

As with the above, the lighter purger is something that is easy to throw on a product like this with almost no downside. It is small enough to really not notice—even on a small tool like this—and does its job as well as it could be expected to do. 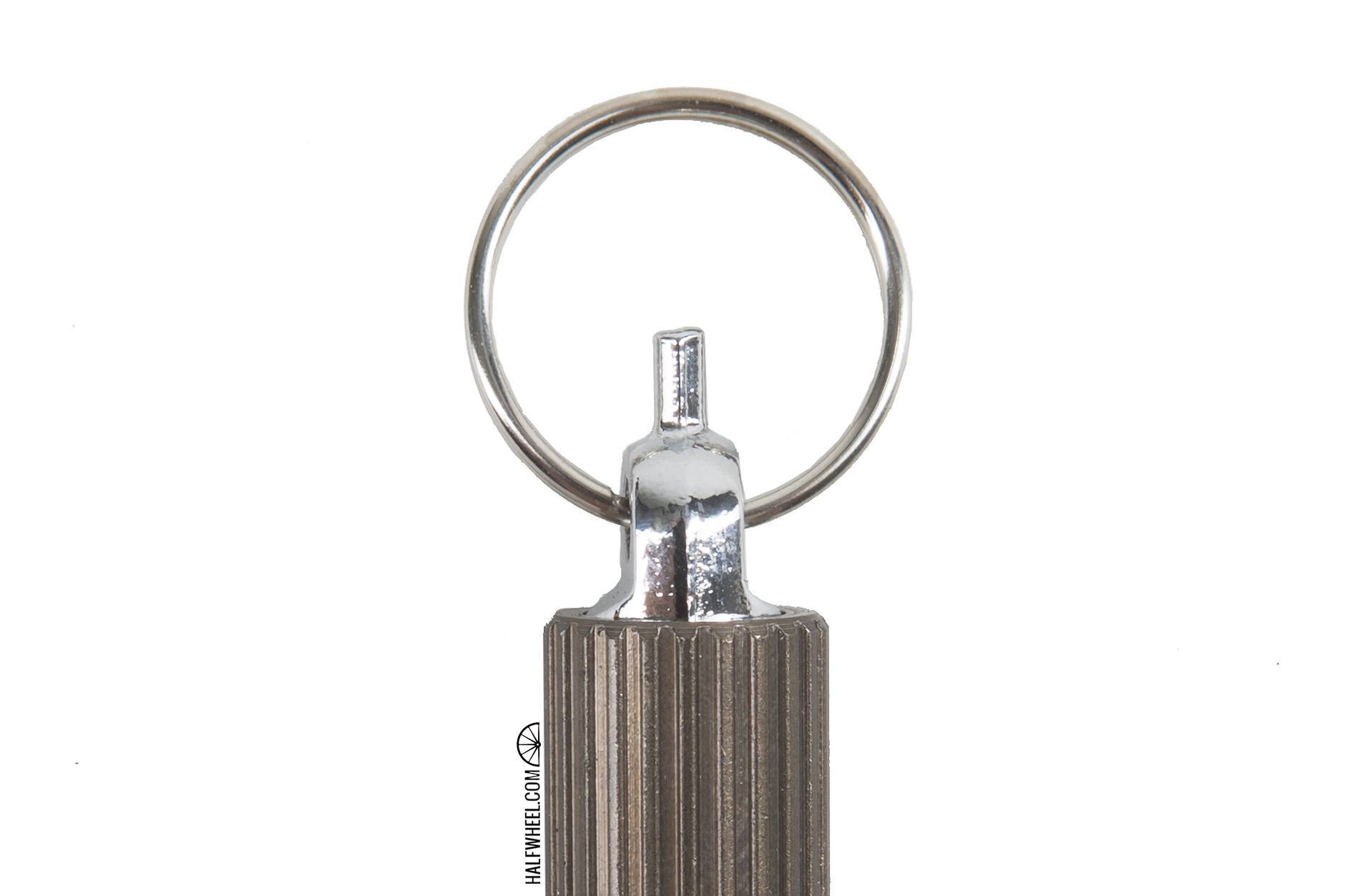 The valve adjuster is much like the other functions, in that it seems to be a simple case of making a small screwdriver-like attachment and being done with it. However, while the adjuster certainly works the way it is intended to by allowing me to easily adjust the size of the flame on most of my lighters, there were a couple of issues. 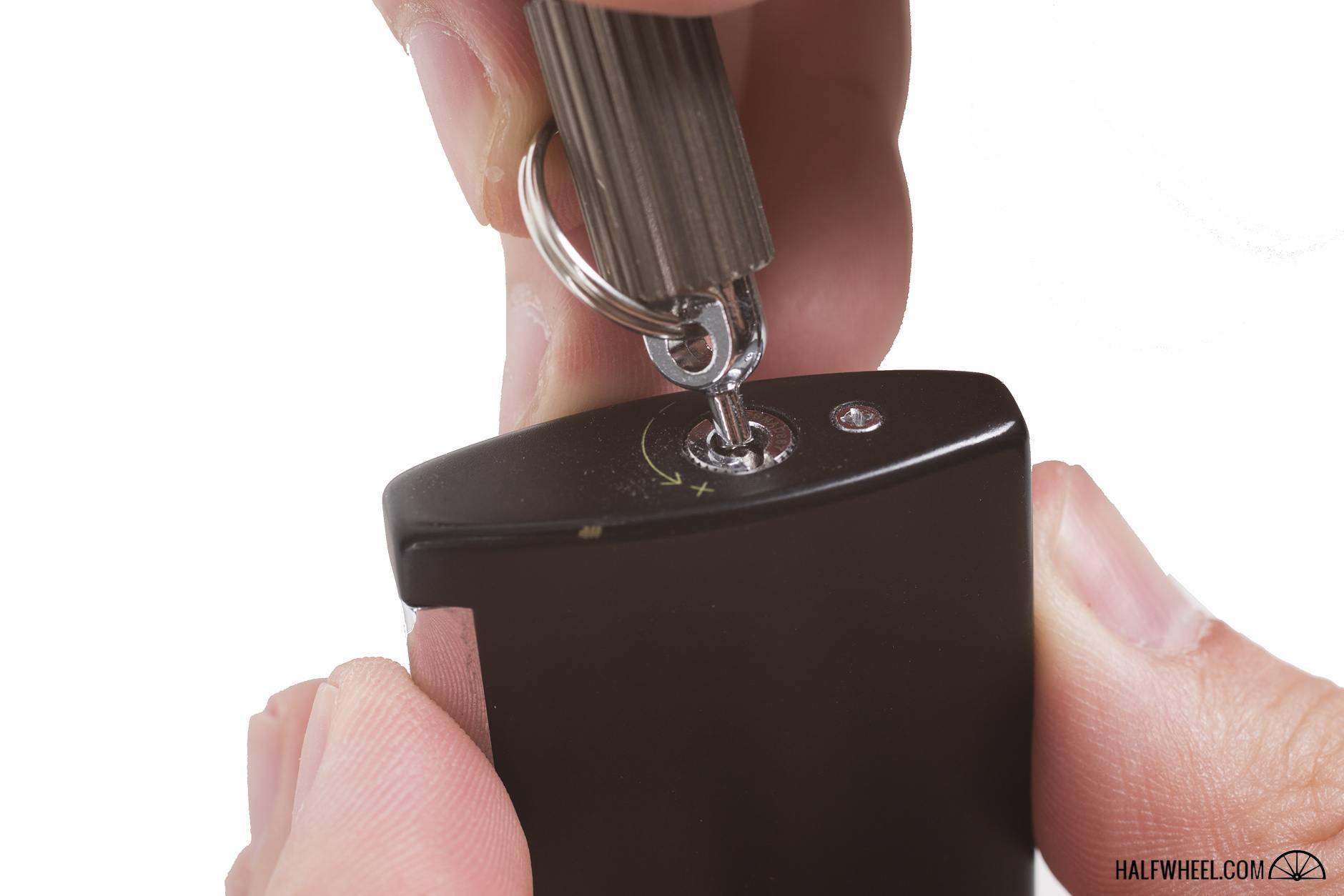 First, in order to get the grip needed to actually turn the flame adjustment on the lighters, you have to take the punch cutter section off of the main tool or grip the back end near where it is attached to the keys, otherwise that section just turns around and around in your hand and you will never be able to actually turn the tool. This makes it extremely awkward to use; not impossible, but not something that I want to continue doing for long periods of time. If you do take the punch tool off, then you have the annoyance of having to find somewhere to put it while you use the adjustment section, with the added annoyance of having to put it back on after you are finished. 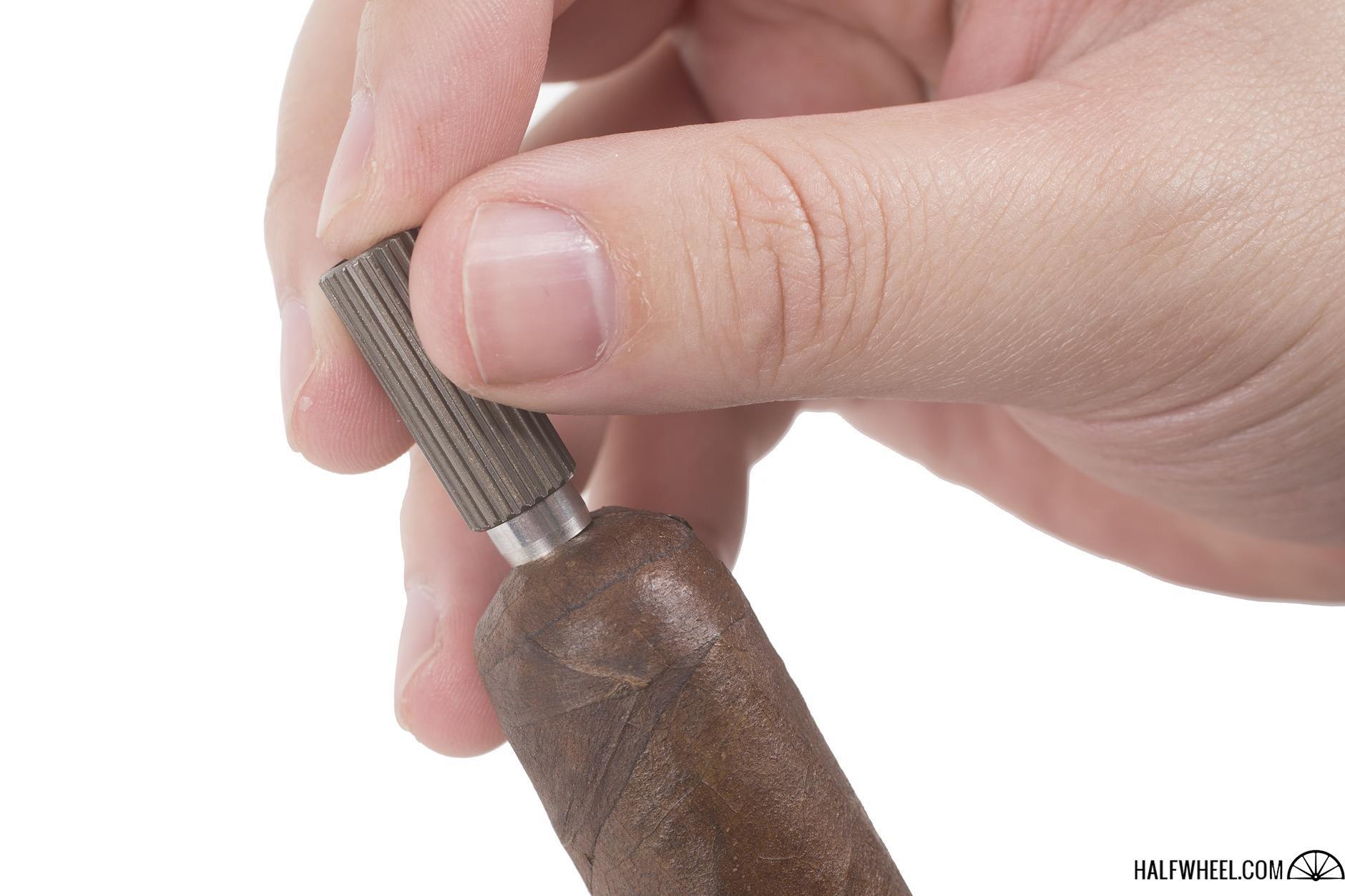 This leads us to the single most problematic piece of the tool, the punch cutter. As a cigar cutter, a punch is fairly straight forward: you have a sharp circle of metal that you push into the cap, thus removing a piece of said cap in the same size as the punch with no muss and very little fuss. As a punch, this tool works fairly well, with a sharp enough cutter that it did not have any problems cutting through any cigar I used it on. However, the punch is only one size, and therefore can really only be used optimally on a limited number of cigar ring gauges. This is not a problem for cigars in the 48-56 range, but anything smaller and the hole is too big to actually cut, and anything larger and the hole is too small relative to the amount of air that needs to be flowing through the cigar to get optimum combustion.

After about three weeks of use, the punch section actually fell off somewhere, and I only realized it was gone when I took out my keys to use it. This effectively turned my multipurpose tool into a lighter adjustment tool, not something I would pay $25 for. 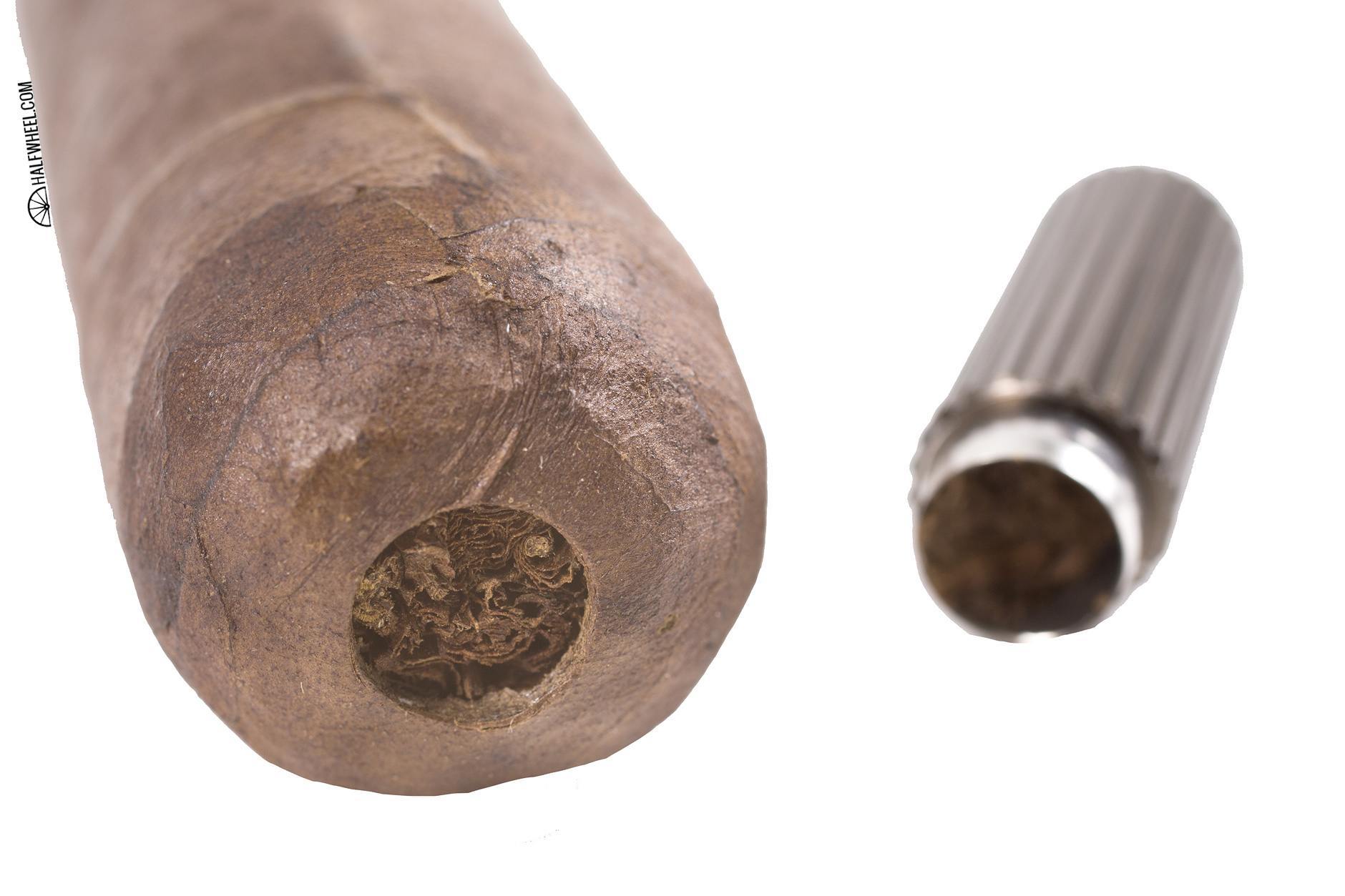 Of course, even with all of the above said, the JetLine Cigar & Lighter Tool does have some nice advantages. One is the extremely small size, which allows you to carry it just about everywhere on your keychain—or in your pocket, if you prefer—without taking up a noticeable amount of space. Another advantage is the fact that because you slide the valve adjuster through the punch portion of the tool to store it, the remnants of each of the cigar caps you cut that are left inside the punch are pushed out with the action, thus allowing you to decide when to get rid of said cap with no muss and no fuss. The valve adjustment and purger work as advertised, and the finish did not show many major amount of damage in the time I used it, despite the fact that it was banging against the rest of the keys on my keychain the entire time.

In terms of competitors, there are plenty of punches that can attach to keychains, including the Screwpop Cigar Punch 2.0 and the XIKAR 007Twist Punch Cutter, among many others—and there are some lighter adjustment tools—including the Visol Butane Purging and Flame Adjusting Lighter Tool —but there is not another tool that combines both that I was able to find. This makes the JetLine Cigar & Lighter Tool fairly unique, which surprises me, as I would think that putting a punch on a cigar adjustment tool that already attached to a keychain would be a fairly obvious addition. 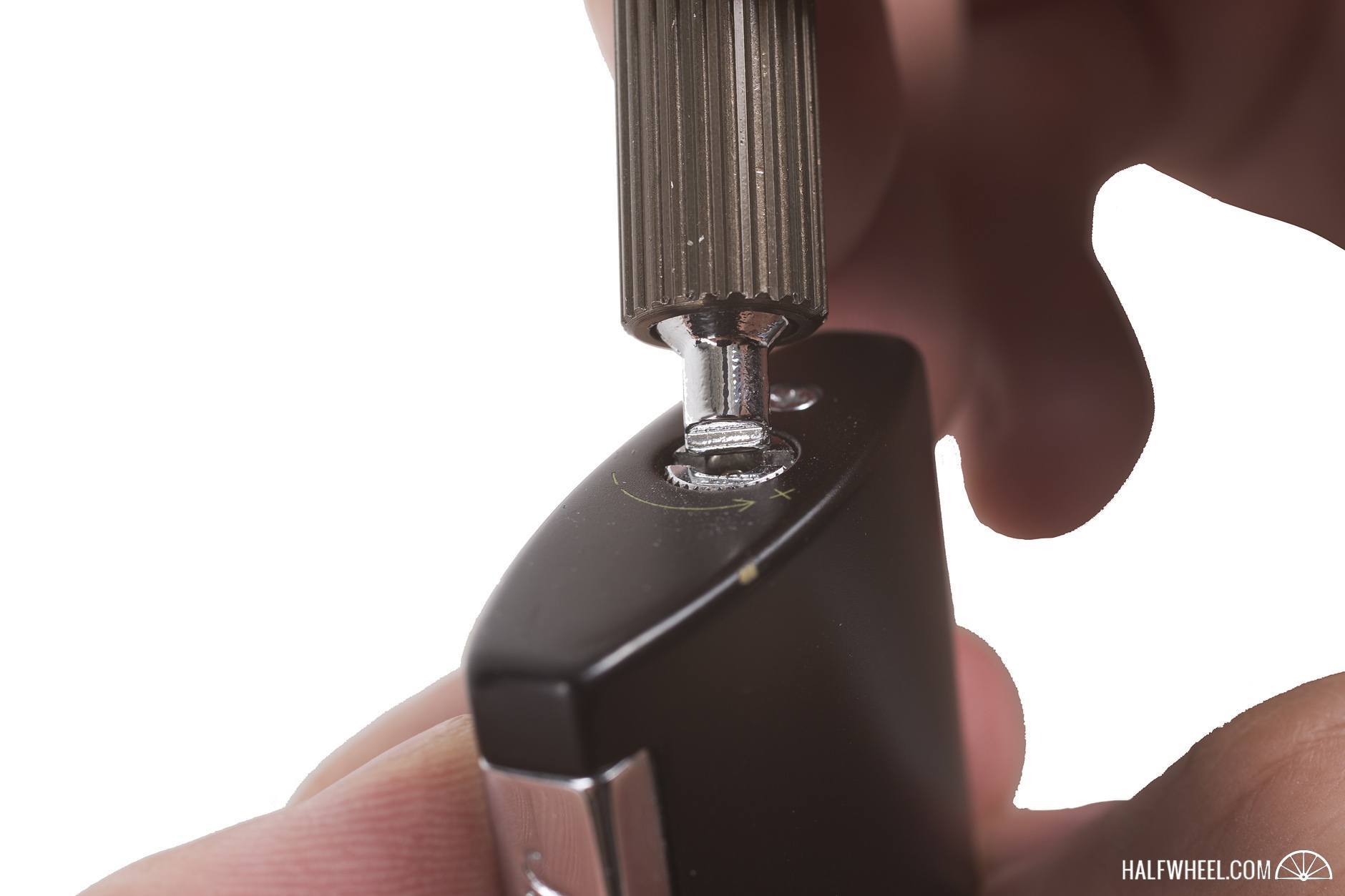 In the end, the JetLine Cigar & Lighter Tool is quite the mixed bag when taking everything into account. As a punch, it works fine as long as you are willing to deal with the limitations of only having one size. In addition, the edge is sharp enough to do its job well without any major issues, but not sharp enough to make me think “Wow, that is sharp!” As a lighter tool, it does its job nicely, although I have to question why something like that is needed on my keychain. At least for me, once I set the size of the flame on a lighter, I don’t really worry about it unless there is an issue.

There is also the fairly significant fact that the punch portion fell off and disappeared from the main section during the three weeks of regular use, which really just makes the whole tool fairly pointless for me. Not something I would buy, but I can understand why some people would want one around, since it takes up almost no space at all.