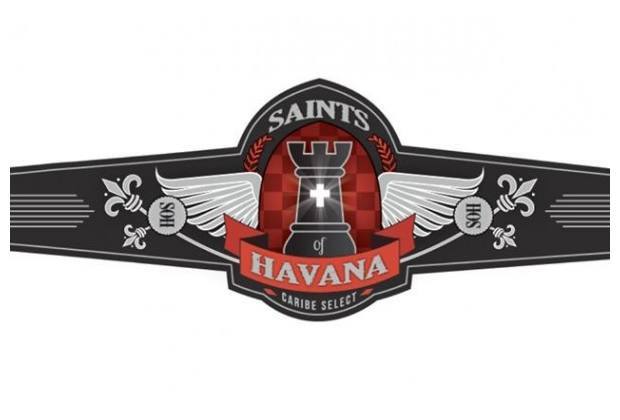 JAXSIN Cigar Co. has announced a partnership with the Nashville, Tenn. band Saints of Havana for a new line of cigars that is being released on Saturday, Nov. 22 during a concert and release party from 2-7 p.m. at the Hard Rock Cafe in Nashville.

The three members of Saints of Havana, brothers Rey and Cesar Gutierrez-Montecristo along with Aaron Shea, traveled to the Dominican Republic with Bryan Jackson of JAXSIN to create a cigar reminiscent of the cigars that Rey and Cesar’s grandfather, Don Nicolas Gutierrez, a tobacco and coffee grower in the city of Bayamo, Cuba, would roll.

Jackson met the band through their mutual love of cigars at a Nashville-area cigar store, and while Rey and Cesar had wanted to release a cigar, a previous attempt at it didn’t come to fruition. The Saints of Havana Caribe-Select uses an Ecuadorian Connecticut wrapper with a Dominican binder and Dominican criollo filler. It’s being made at a small, undisclosed factory in the Dominican Republic and will be available in a single vitola, a 6 x 52 toro with a single stick price of $7. It will come in boxes of 20 that will be available to all JAXSIN retailers as a regular production offering.

The first 25 retail orders will also receive an autographed Saints of Havana humidor as well as an autographed copy of the band’s debut album, Ride of Your Life.