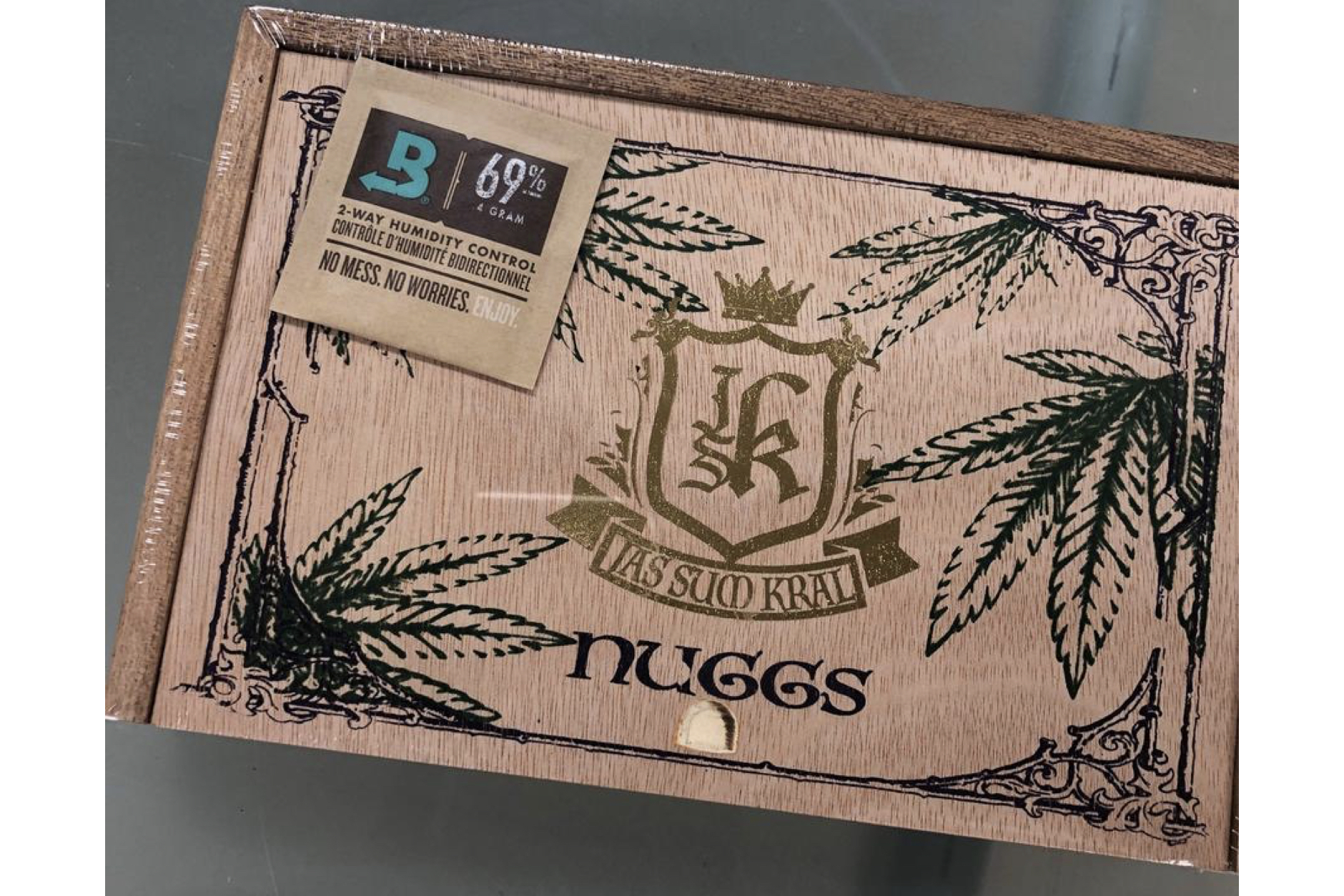 The company has begun selling the Jas Sum Kral Nuggs Kine Puro Selection Jack Herer, a 4 1/2 x 48 Rothschild size that uses an Ecuadorian habano wrapper over a Nicaraguan binder and Nicaraguan fillers. Of note, the cigar also includes 25mg of tetrahydrocannabinol (THC), the main psychoactive cannabinoid found in marijuana. Jack Herer is a famous marijuana and hemp activist, who predictably has a strain of marijuana named after him. This cigar uses the Jack Herer strain.

It is priced at $200 per box of 10 and is being sold through Buc’s Reserva, a direct to consumer website. Riste Ristevski, founder of Jas Sum Kral, told halfwheel this is the only cigar in the company’s portfolio that is being sold directly to consumers.