One of the more unique cigars in recent memory will begin shipping in April.

Jas Sum Kral has announced that Nuggs, a new line of CBD infused premium cigars is scheduled to begin shipping to retailers in April.

Cannabidiol (CBD) is a cannabinoid found in both marijuana and hemp. Its presence in the latter, and the recently-passed farm bill, have gained widespread attention as CBD—under certain stipulations—is now legal. One of the biggest requirements for legal CBD is that the plant must contain less than .3 percent tetrahydrocannabinol (THC), the cannabinoid is marijuana known for its psychoactive effects.

CBD is being touted for its medicinal benefits, though the effectiveness—particularly in the large number of new product categories—is oftentimes not well studied. 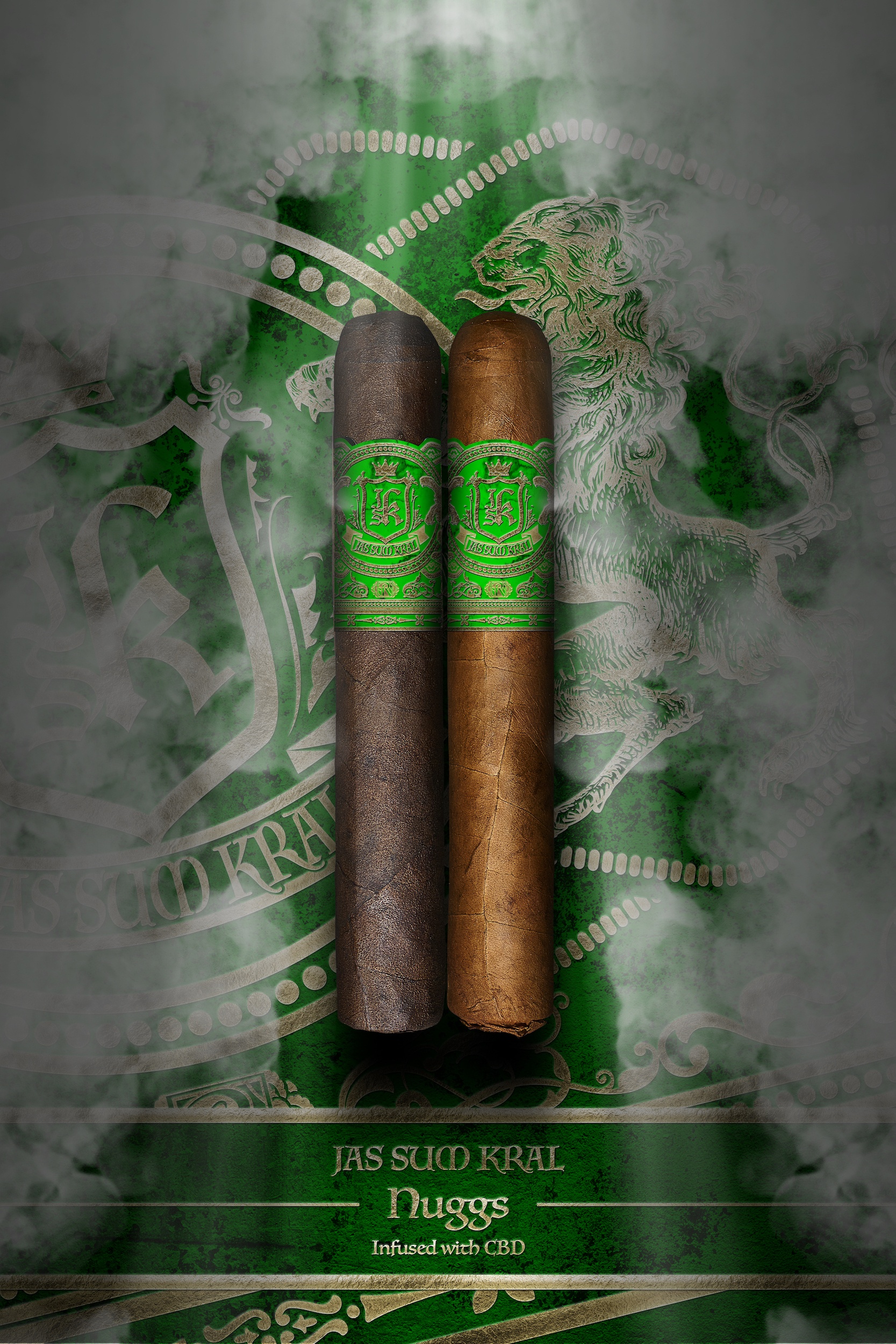 JSK’s Nuggs will be offered in a single 4 x 48 size, wrapped in either Ecuadorian Connecticut or Mexican San Andrés maduro cover leaves. The company says that each cigar will include 20mg of hemp-derived CBD that is infused into the cigar with aims of it being absorbed orally.

While hemp-derived CBD is now federally legal, its status varies state-to-state and in some cases, city-by-city. JSK says it will follow each state’s guidelines.