Like many who make the crossover from cigar consumer to cigar maker, Riste Ristevski found himself disappointed by the majority of cigars on the market, many of which happened to be Cuban. So he did something about it: started a brand called Jas Sum Kral.

Translated from Macedonian, the name means “I am king,” something which he describes as an easy choice given his Macedonian heritage and being “large in stature and personality.” But more than just create a brand and let someone else do the blending, he wanted to be as hands-on as possible, and after doing his due diligence on which factory would be right for him, partnered with Noel Rojas and his New Order of the Ages (NOA) factory in Estelí, Nicaragua.

Ristevski sought out to make a cigar that kept the better aspects of Cuban profiles, while also adding his own spin on the flavor and presentation. The first cigar to be released is the Red Knight, which had been sold on the Jas Sum Kral website before hitting stores. The Jas Sum Kral is a beefy, dense toro that benefits from its slightly bigger than standard ring gauge when it comes to making a first impression. I’m surprised to see a slight green spot on the wrapper of the first cigar I smoked, something I rarely see from non-Cuban cigars, but it only shows up this one sample and otherwise the top leaf is a uniform shade of just darker than medium brown with a slightly smaller than average vein structure and no visible tooth. The roll looks good for the most part; the cap doesn’t have the cleanest cuts I’ve ever seen but it is certainly acceptable. At a first glance, the cinnamon bun stay cap is impressive in its size, but a closer inspection reveals some imperfections and tobacco underneath that isn’t quite flat, but rather looks to be tugged at in a few different directions. On one sample it appears to have been smushed together and thus loses any artisan detail it may have been trying to achieve, while the third sample is much better crafted. On the other end is a completely covered foot, with tobacco folded almost on top of itself in order to hide all traces of the filler. While I don’t get quite the complexity I would expect, I am greeted by a fragrant wood note that is complemented by a touch of orange zest. The cold draw is a touch heavier, with some notes of apricot and custard moving ahead of the wood, with just a sprinkle of pepper trailing behind.

There’s plenty of pepper on the first puffs of the Jas Sum Kral Red Knight, which comes out charging and jousts the nose more than the palate. While the tongue gets its fair share as well, it’s nowhere near as pronounced, instead providing a starting point from which the cigar begins to evolve as it starts to deliver a dry, woody undertone that isn’t as sharp as lumberyard wood but has some similar tones. There’s a bit of red chili pepper that comes out with repeated puffs; the draw-and-put-down method doesn’t seem to show them nearly as much. When the burn line has progressed to about an inch in length, the pepper has begun hitting both nose and mouth with equal vigor, medium-plus in terms of strength but coming across much sharper by the specific reaction it is able to elicit. Thankfully the two-pronged attack isn’t a prolonged one, as the cigar shifts into a softer, slightly chalky flavor but with a marshmallow texture that is quite enjoyable. The Red Knight begins it transition out of the first third with an increase in white pepper felt both on the tongue and in the nose, with the overall intensity of the cigar increasing in near lockstep. The Red Knight Toro hasn’t shown another of its mood swings in the first puffs of the final third, instead choosing to reveal a bit of thick, rich sweetness that pulls the mind towards butterscotch or toffee but stops short of being a perfect match. By the midpoint a bit of a burn issue has emerged, as the burn on one side of the wrapper has progressed almost a half inch past the other side and with no sign of recovery, signals that a touch up is needed. Around this point the smoke has turned very creamy, slowly pouring out of the foot of the cigar while the ash is now a bright white as it gets revealed before slightly graying. That creaminess isn’t lost on the palate, as the smoke thoroughly coats the palate. Thankfully none of the cracks in the wrapper have manifested into issues, and the burn is generally very solid, minus one or two touchups. 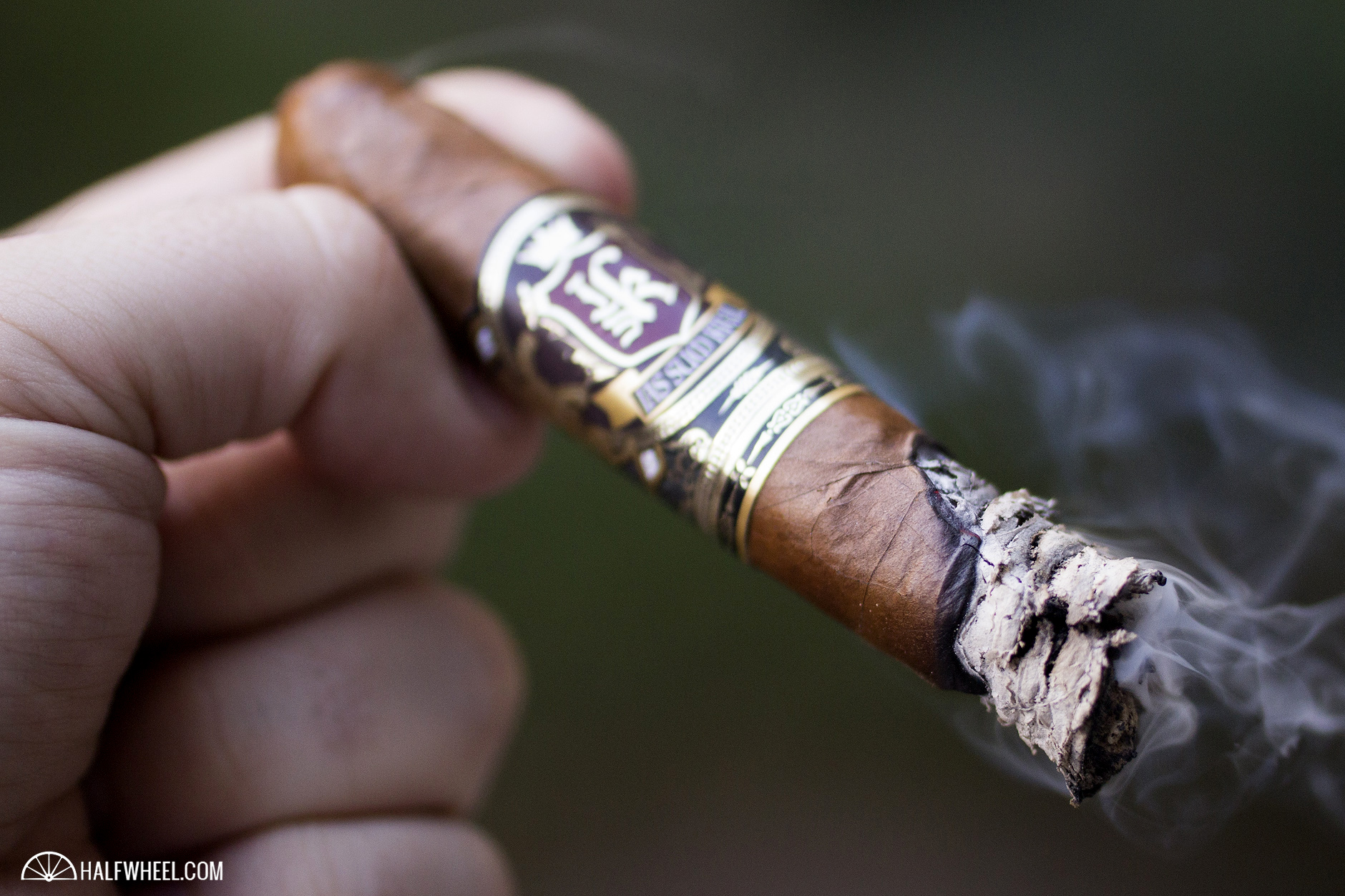 Getting into the final third of the Jas Sum Kral Red Knight Toro requires putting up with a few spikes in pepper that are not only unenjoyable but seemingly misplaced; while I’m all for building increases, the whiplash and sting leaves me have started trumping the better things that the cigar has to offer. When the cigar is smoking with a bit more modulation to its flavors, it gets quite toasty at points, picking up a slight burnt taste while alternating with a slight metallic tone. The final two inches shed the harsher notes and move towards warm wheat bread and dough with occasional shades of wood and pepper. The smoke continues to soften as the draw and smoke production remain very impressive, with just a touch of peppermint mocha coming in at the last moment to carry the cigar to its eventual conclusion. While I could do without some of the pepper-heavy mood swings that the Jas Sum Kral Red Knight Toro offers, they weren’t enough to have me swearing off this cigar. While certainly not the most complex flavor offering on the market, there is still a lot to like, especially when the cigar dials the pepper back just enough to let the other notes shine through and the texture of the smoke to be appreciated instead of lost in the moment. There are some great spots where the creaminess of the smoke balances the fullness of the flavor beautifully, and it’s those moments that earn the Red Knight its score. I’m certainly interested by this line and what the other sizes might offer, as well as what else Risteski has in store.