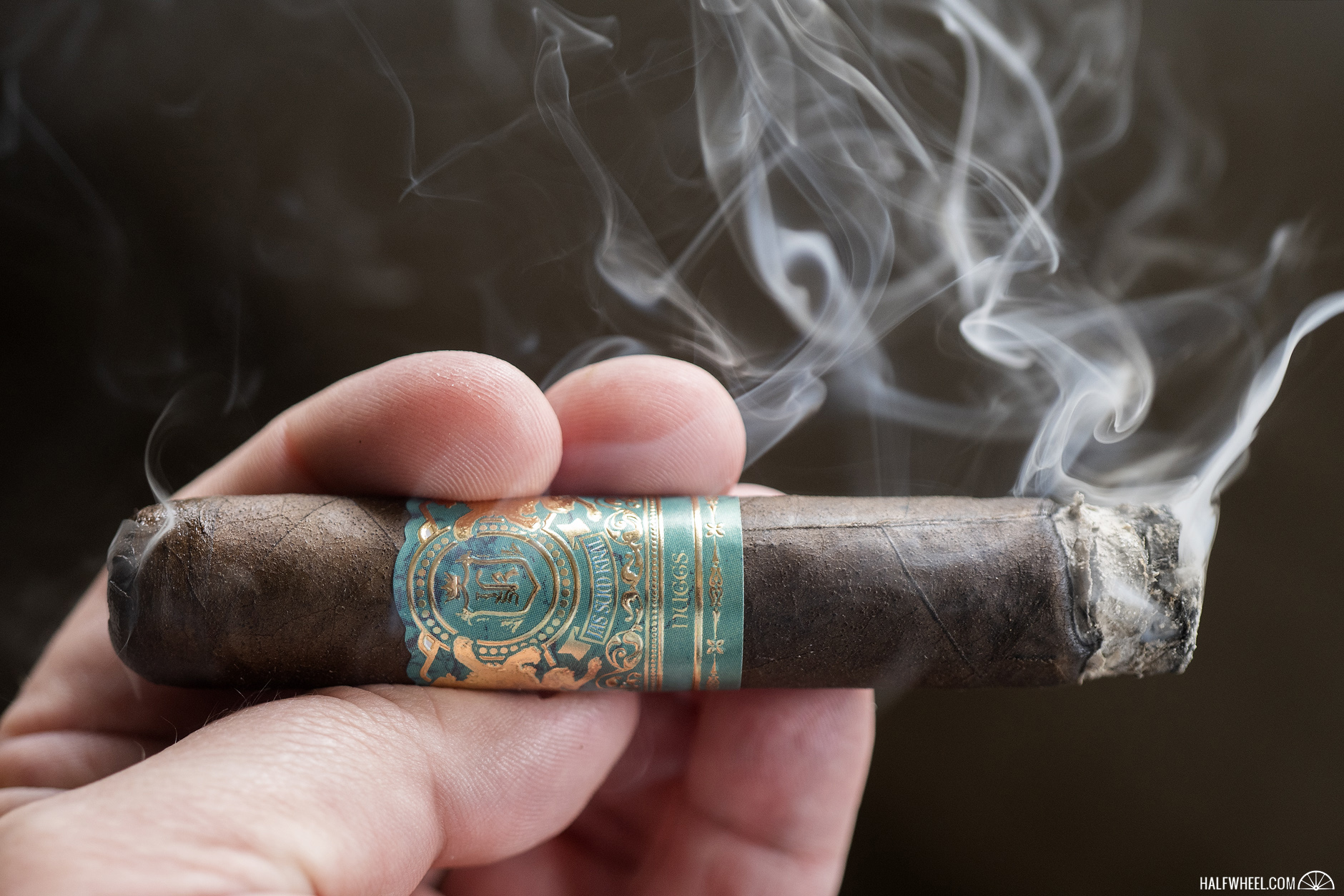 It seems that in a very short period of time after Congress passed a bill last year that legalized the sale of hemp-derived cannabidiol (CBD)—a cannabinoid found in both marijuana and hemp—the additive has become commonplace in more products than I can even remember, including face cream, gummies and even “Knob Polish.”

It was just a matter of time before an established cigar brand decided to try and infuse it into cigars, and that brand turned out to be Jas Sum Kral, which announced it would be releasing a line of cigars named Nuggs that would be infused with CBD oil. While the natural version of the cigar that shipped in March contains only 20mg of CBD, the maduro blend that shipped to retailers this summer has considerably more, to the tune of 100mg in each cigar.

Riste Ristevski, Jas Sum Kral’s owner, told halfwheel that the project took over a year to develop and that the resulting cigars are rolled at Tabacalera de Aragon S.A. alongside the rest of the company’s other cigars without CBD. They are then shipped to a lab in Colorado where the CBD is infused into the tobacco.

Although both of the Nuggs feature the same Indonesian binder and filler tobaccos from Nicaragua and are both offered in a single 4 1/2 x 48 vitola, there are two different wrapper options: Ecuadorian Connecticut and Mexican San Andrés maduro, the latter of which is the subject of today’s review. Both versions are sold in 25-count boxes but are priced very differently, with the Nuggs Natural coming in at $12 each and the Nuggs Maduro retailing for $24 each. 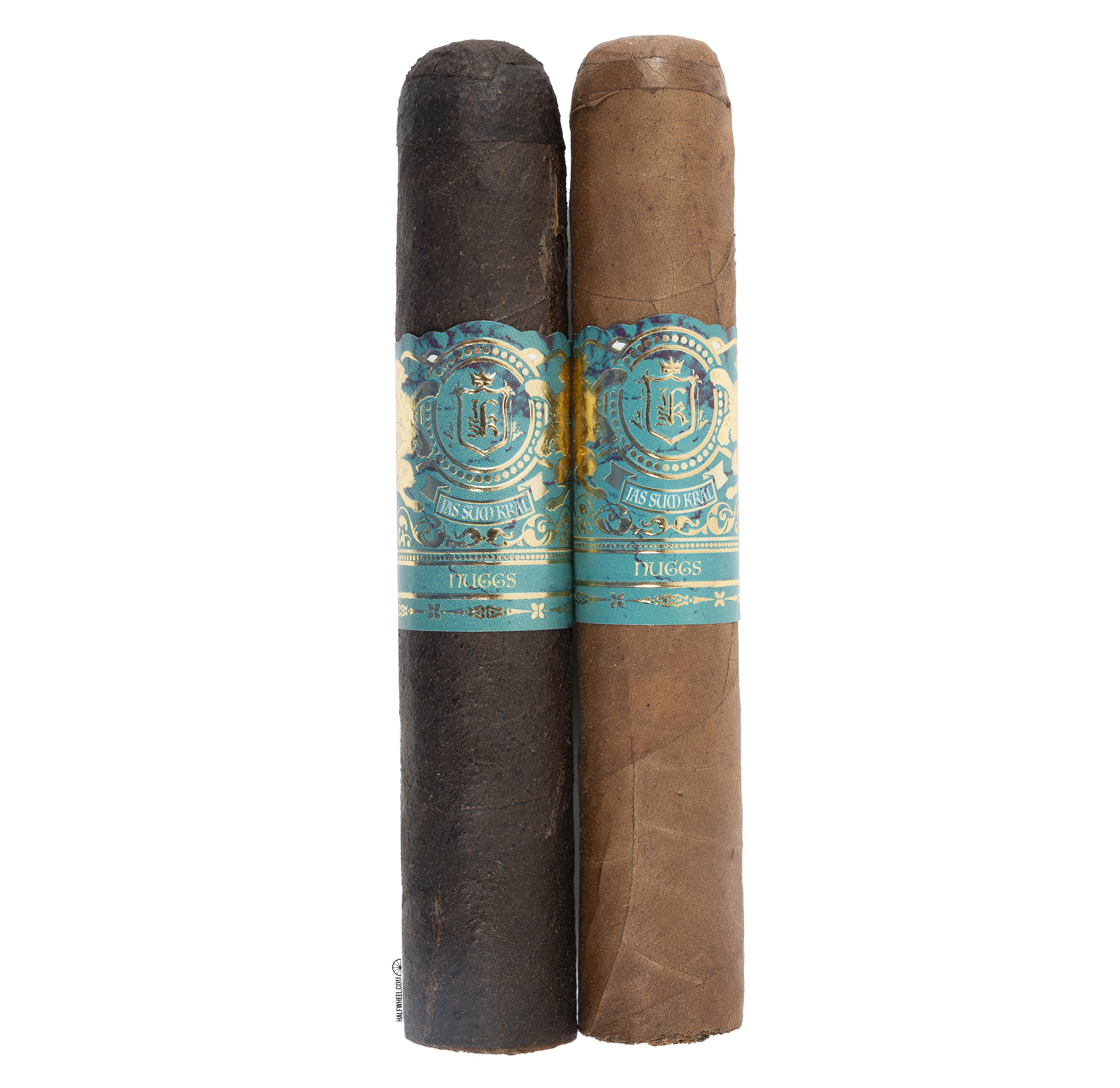 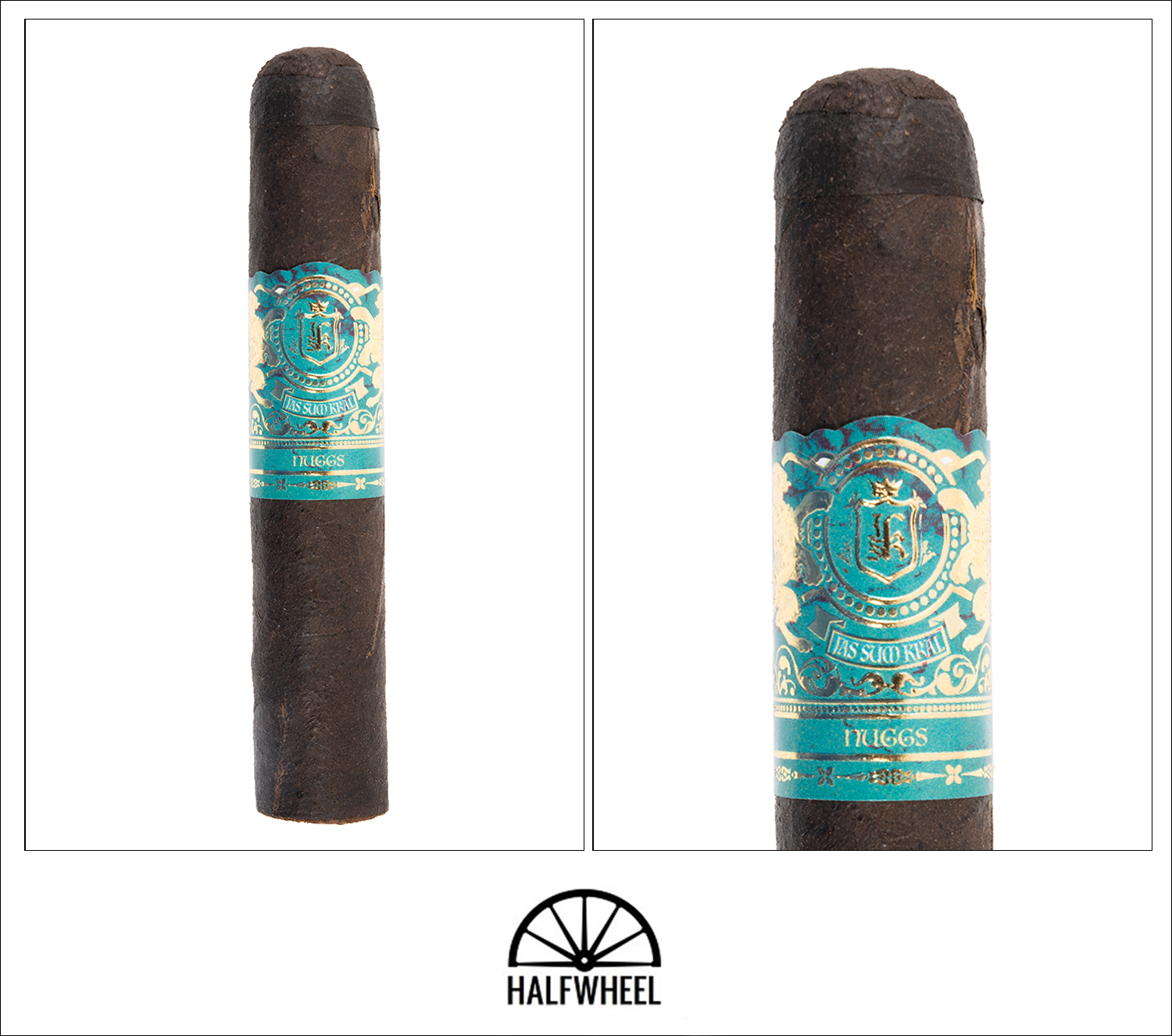 Visually, the Nuggs Maduro is covered in a rustic espresso brown wrapper that features numerous veins running up and down its length. In addition, there is quite a bit of oil present and the cigar is nicely firm when squeezed, while the cap looks like it was applied a bit too hastily. The aroma from the wrapper and foot is a combination of coffee beans, sweet almond paste, vegetal, oak, maple sweetness, manure and hay, while the cold draw is full of apricot sweetness, oak, creamy milk chocolate, leather and slight black pepper.

Despite the total lack of any spice—and almost no pepper—on the cold draw, the Nuggs Maduro opens with some significant amount of both present on my tongue and on the retrohale respectively. The profile is dominated by bitter dark chocolate and earth flavors, followed by lesser notes of cocoa nibs, almonds, toast and leather. While the apricot sweetness from the cold draw is noticeable at times on the retrohale, it is not nearly as strong nor as distinct, and the finish is dominated by an aggressive vegetal bitterness that ebbs and flows. The draw is excellent from the start, but the burn needs touching up almost out of the gate, although it gives me no more issues after that. Strength-wise, the Nuggs Maduro easily passes the mild mark by the end of the first third, but still has quite a ways to go to reach medium.

As the second third of the Jas Sum Kral Nuggs begins, there is significantly less black pepper and spice to contend with, which in turn allows the apricot sweetness to become more of a player in the profile. The dominant flavors remain the same combination of bitter dark chocolate and earth flavors, while generic nuts, leather, barnyard, hay, anise and oak notes flit int and out. Unfortunately, the vegetal bitterness on the finish continues to have an impact on the profile as a whole, although there are times after the halfway point that it becomes much less noticeable. Construction-wise, the burn continues to impress and the burn has evened up nicely, while the strength has increased noticeably, easy reaching a point very close to the medium mark by the end of the second third. 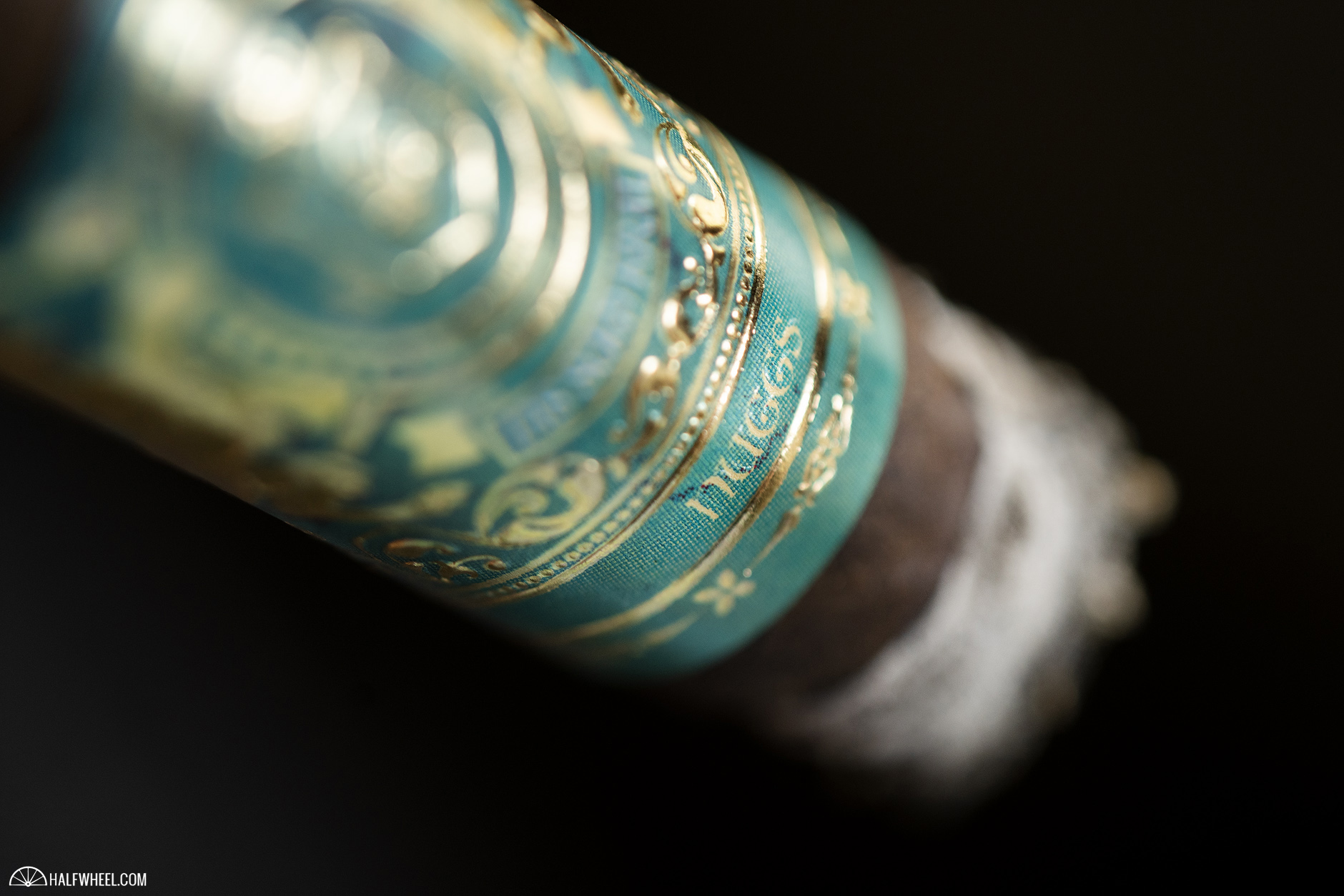 I was hoping that the final third of Nuggs Maduro would feature some significant changes to the profile, but that was not to be: the familiar combination of bitter dark chocolate and earth flavors easily remain dominant, followed by other notes of leather, generic nuts, oak, hay and a touch of citrus. The apricot sweetness has faded a bit by this point, while the black pepper and spice that were both so obvious in the first third recede enough to become mere afterthoughts the profile, but the vegetal bitterness on the finish actually seems to get a bit stronger as the cigar burns towards the finish line. Finally, both the burn and the draw continue to give me now issues whatsoever, while the overall strength increase enough to put it firmly in the medium category by the time I put the nub down with a bit less than an inch left. 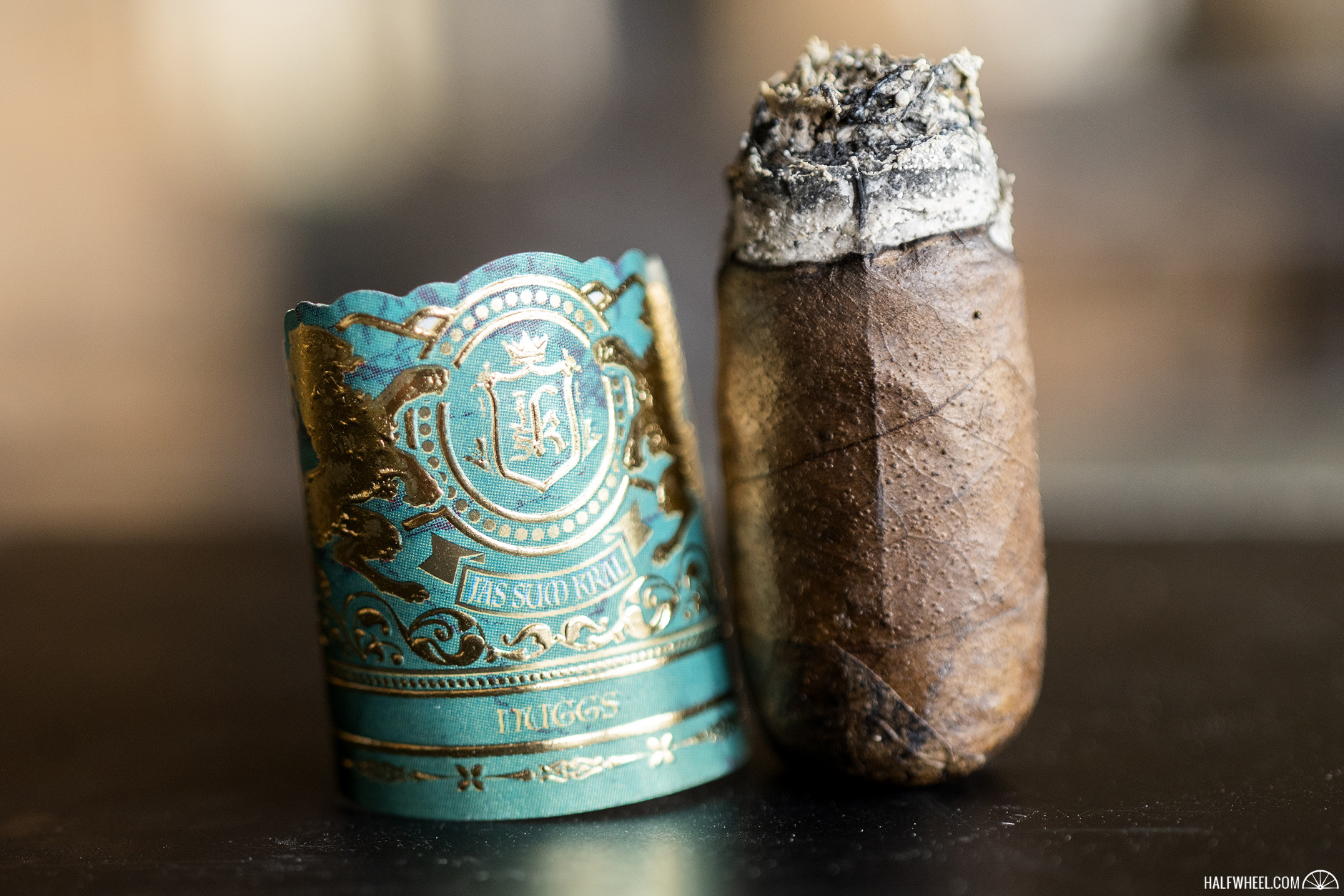 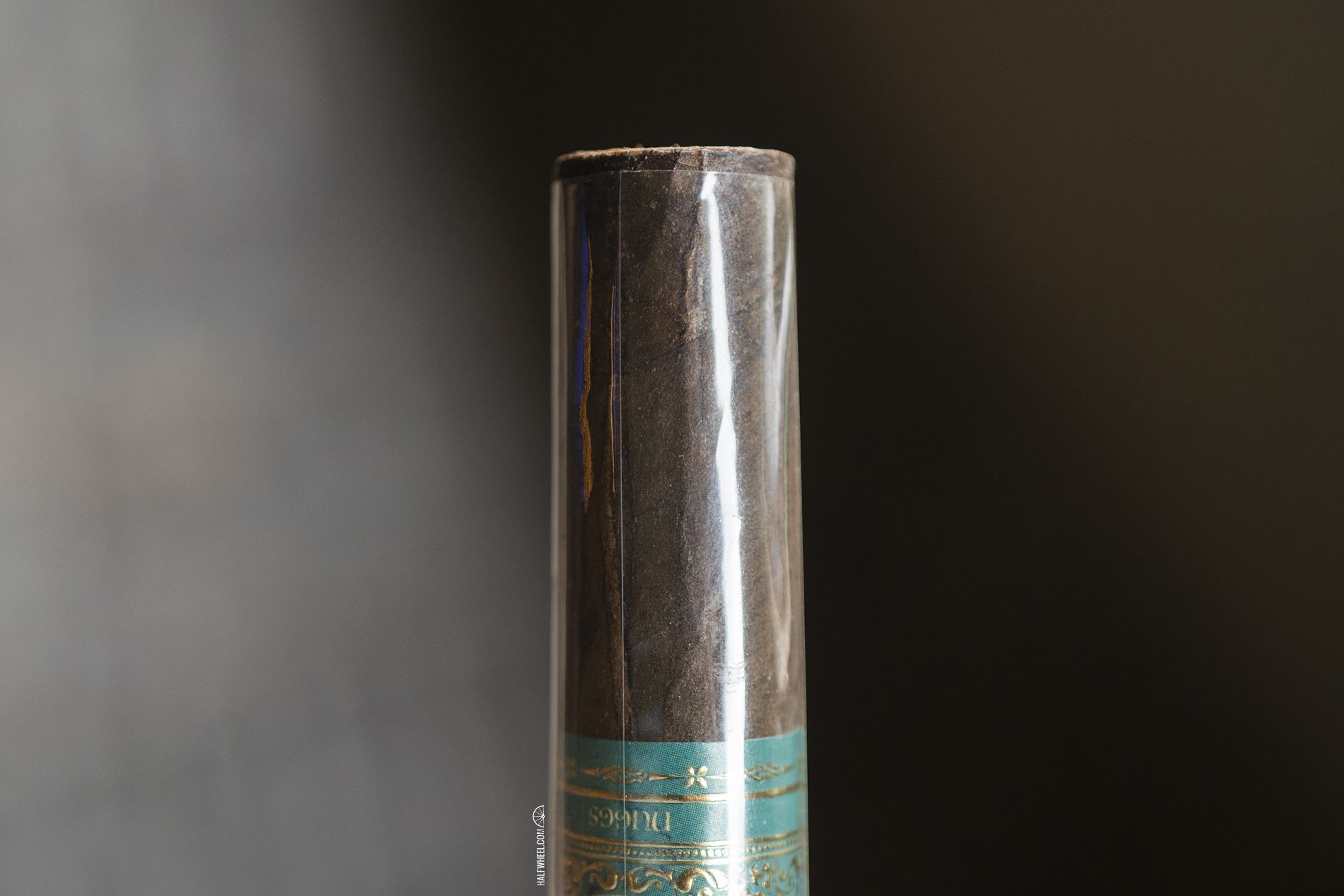 I am not sure what I was expecting from smoking the Nuggs maduro: would I sleep better? Would I feel better? Would I lose weight? None of those happened, and in the end I was left with a fairly standard cigar, albeit with a few odd flavors in its profile. Sure, there were some high points—like the extremely distinct apricot sweetness I tasted on the cold draw on all three samples and the bitter dark chocolate flavor that remained dominant throughout, as well as the overall very good construction—but the persistent vegetal bitterness on the finish threw off the balance quite a bit at certain points, more obviously in the final third. I applaud Ristevski for trying something new in the cigar business, but when judging the Nuggs Maduro purely as a cigar blend, it leaves quite a bit to be desired.