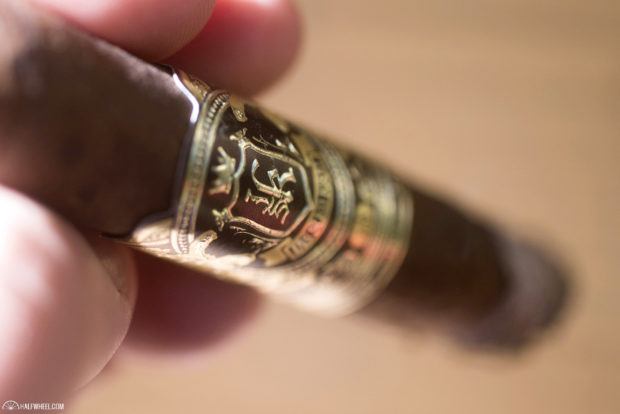 While there are a number of new cigar brands that pop up every year, very few of them have the backstory of Jas Sum Kral, which translates to I Am King from the Macedonian language. The brand was launched in 2015 by cigar enthusiast Riste Risteski, who was “disappointed with most cigars currently available on the market.”

The company’s website goes into more detail on the history of the brand:

Smoking mainly Cuban cigars, he wanted to create a profile which maintained Cuban standards, while adding an interesting yet elegant twist. He wanted to add value to what is already a saturated boutique market. Being Macedonian and both large in stature AND personality, the name for this cigar came easily, JAS SUM KRAL, I AM KING in English.

He noticed many of those calling themselves boutique cigar makers, weren’t involved in the actual blending process. He decided the only way to properly create JAS SUM KRAL, was to set out to find the right factory. After speaking with several trusted individuals in the industry, he decided on New Order of the Ages, owned by master blender, Noel Rojas. 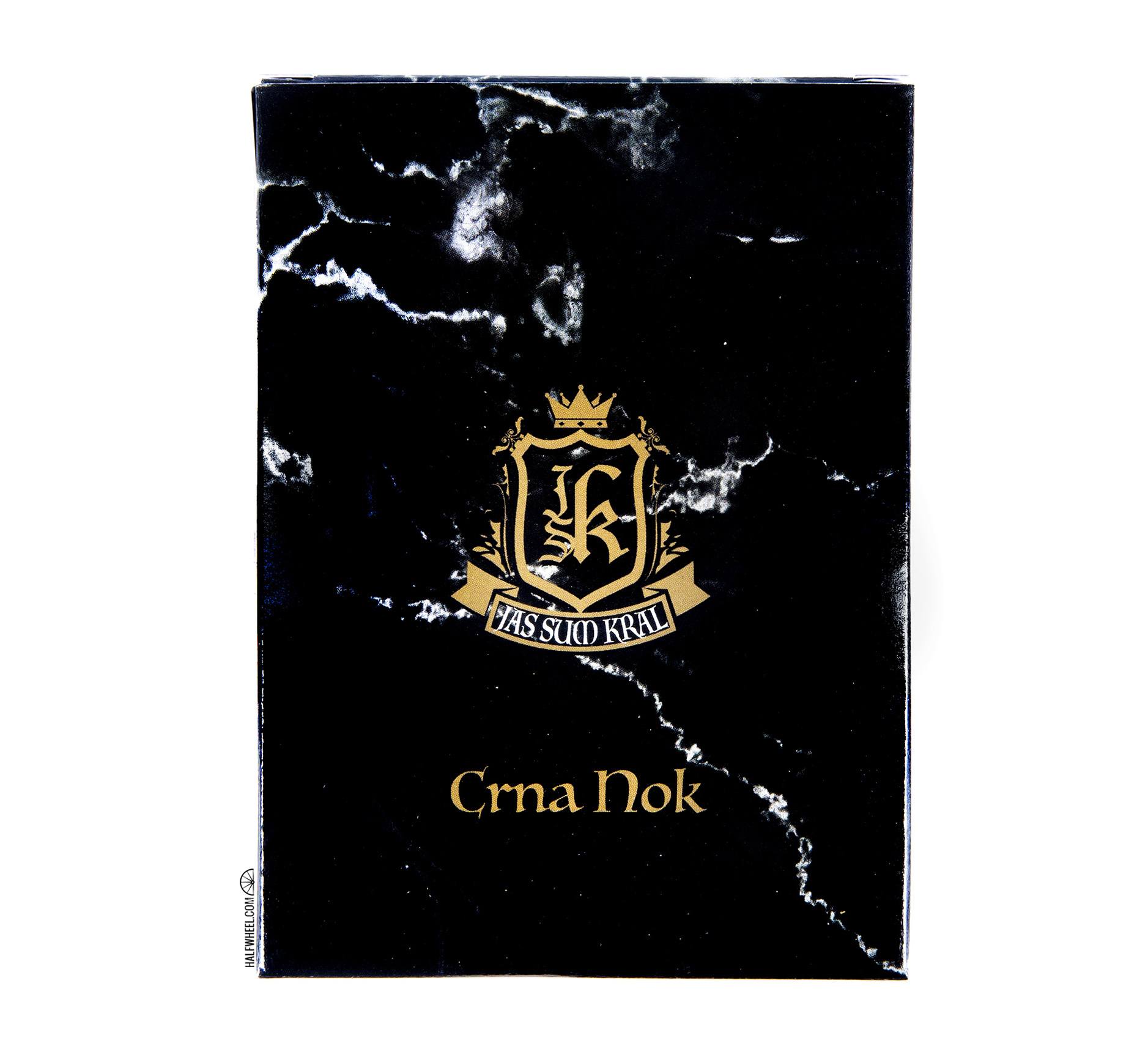 During the 2016 IPCPR Convention & Trade Show, Jas Sum Kral introduced a number of new blends, one of which was the Crna Nok, a three vitola line that incorporates a Connecticut broadleaf wrapper, Mexican San Andrés binder and fillers from Nicaragua, including corojo from Estelí and Jalapa. Produced at Noel Rojas’ Tabacalera New Order of the Ages factory in Estelí, Nicaragua, the new regular production line comes packaged in both five-packs and boxes of 20 and shipped to retailers in September of last year.

There are three vitolas in the Jas Sum Kral Crna Nok line so far. 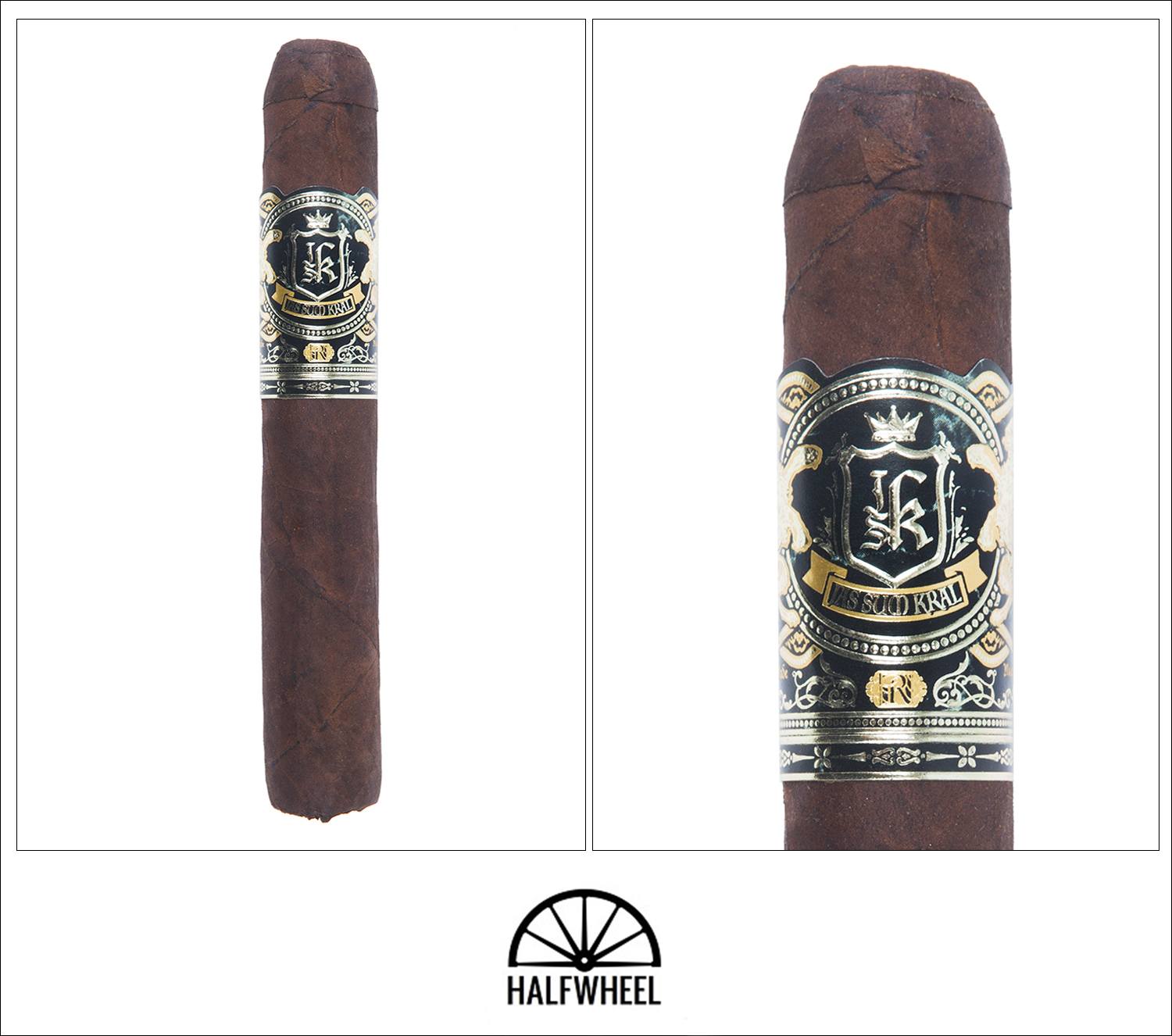 The JSK Crna Nok is covered in a gorgeous dark brown wrapper with a reddish tint that features both a bit of tooth and numerous veins running up and down the length. There is a covered foot present, and the cigar has some nice give when squeezed. Aroma from the wrapper is a combination of earth, wood shavings, manure, leather and oak while the cold draw brings flavors of dark chocolate, ground coffee, leather and popcorn along with some black pepper.

Starting out the first third, the JSK Crna Nok immediately exhibits flavors of coffee grounds, gritty earth, creamy oak, cocoa nibs and sawdust, along with a significant bite from black pepper on the retrohale. There is a maple sweetness note on the retrohale and some bitterness on the finish, but neither are all that strong at this point. Construction-wise, the draw on this sample is excellent, while the burn is a bit wavy and smoke production is well above average. The overall strength ends the first third well very close to the medium mark, although it does seem to be increasing. 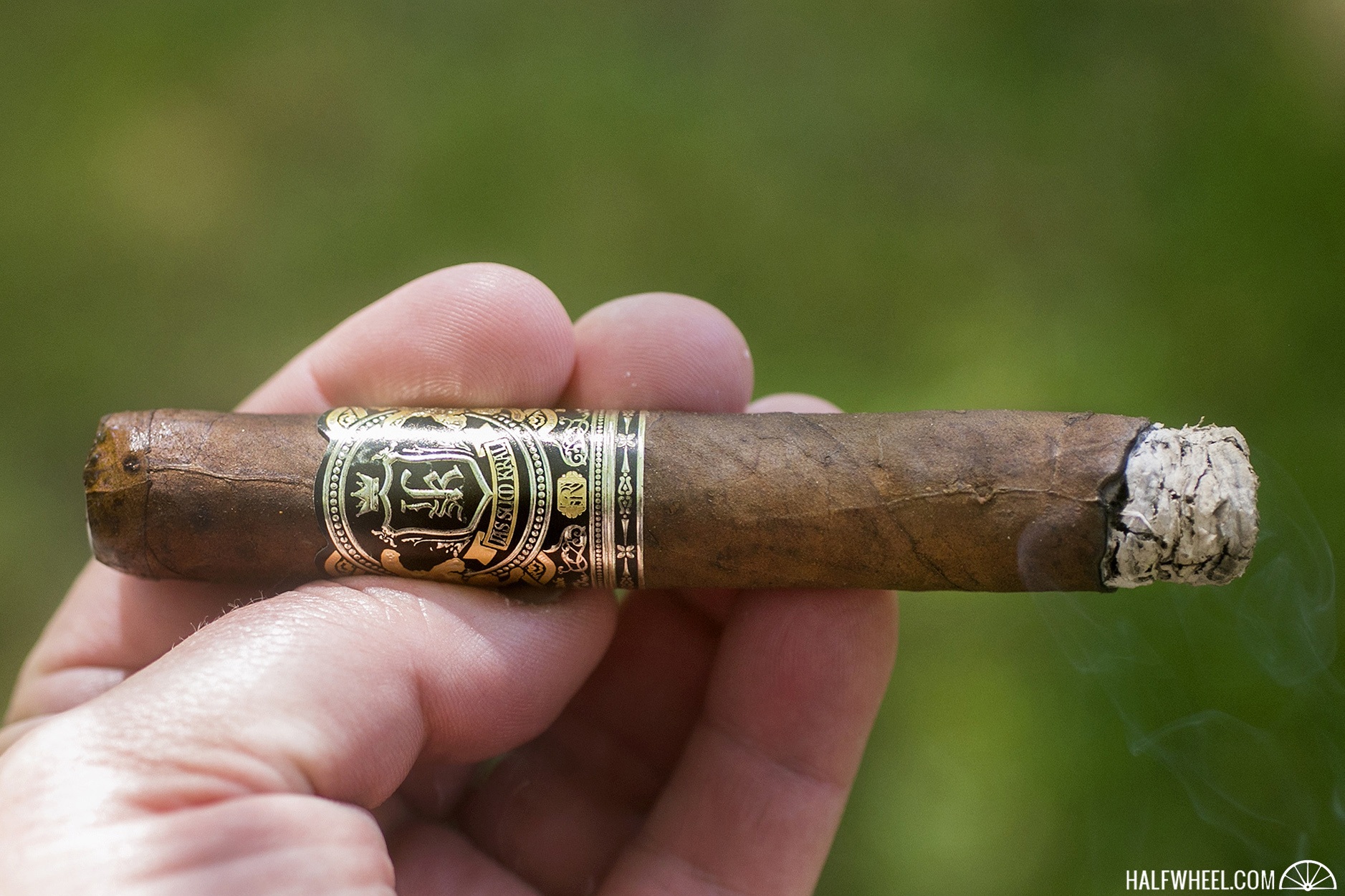 The second third of the JSK Crna Nok holds no major surprises at all, with an almost carbon copy profile compared to the first third. The basic profile is the same: coffee grounds, oak, dark chocolate, sawdust and a touch of creamy nuts. The black pepper note on the retrohale is still present, but noticeably reduced, and the maple sweetness from the first third remains about the same. In addition, there is still a noticeable bitterness on the finish, but the profile is a bit more creamy overall by this point, which helps quite a bit. Both the burn and the draw continue to impress and the smoke production is still above average through the second third, while the strength fails to hit the medium mark by the end of the second third. 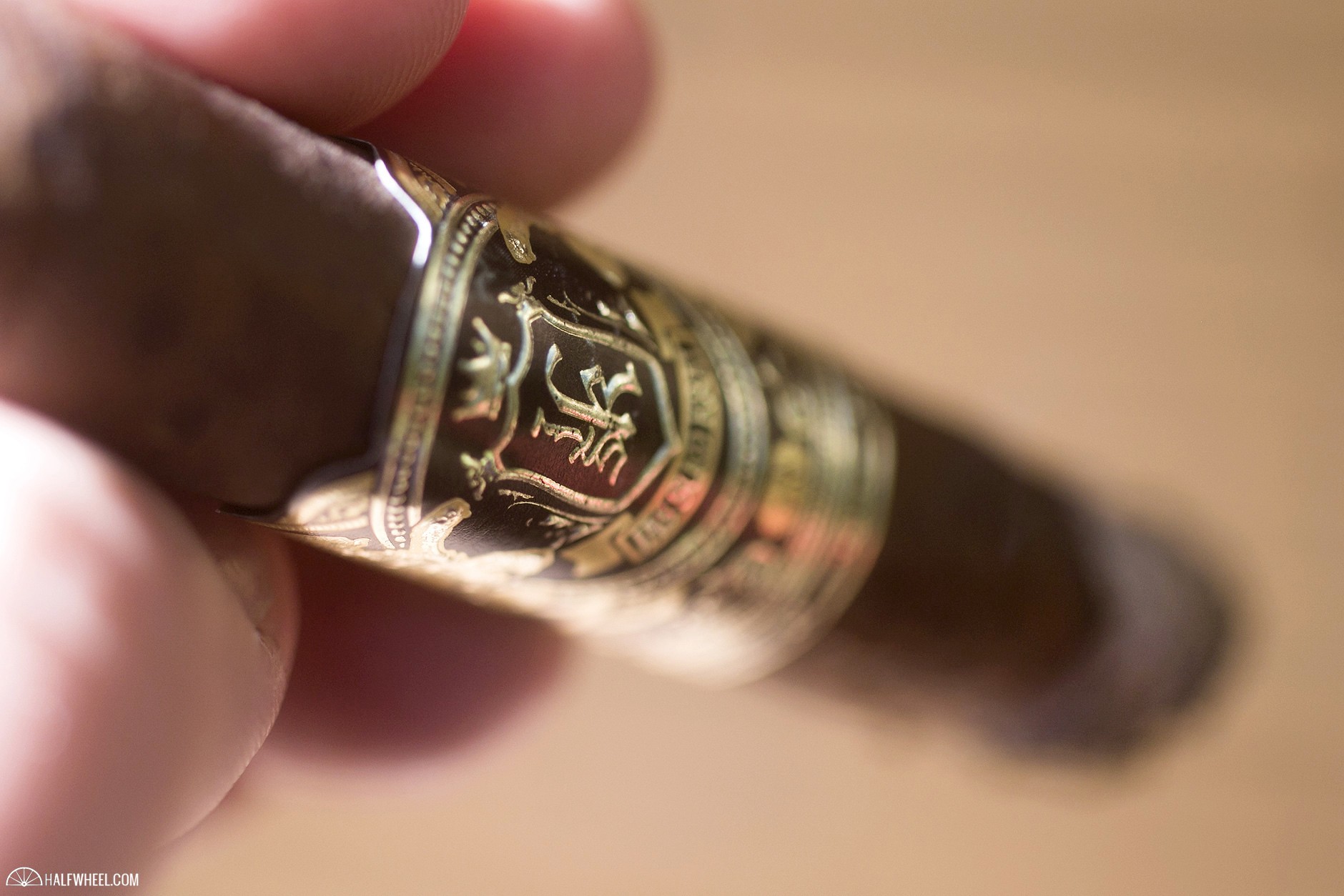 The maple sweetness from the first and second thirds increases just a bit in the final third of the Jas Sum Kral Crna Nok Robusto, joining other notes of dark chocolate, bitter espresso beans, earth, creamy oak, hay and a touch of vegetable flavor. The bitterness on the finish is still obvious—albeit not overwhelming by any means—and while the black pepper on the retrohale is still noticeable, the level has been reduced from its high around the halfway point. The draw is still fantastic, but the burn starts to show signs of getting out of hand leading to a couple of quick corrections, and the smoke production continues to pour off of the foot in copious amounts. Finally, while the strength level does hit the medium mark by the middle of the final third, it stalls out there, and I put the nub down with a little less than an inch to go. 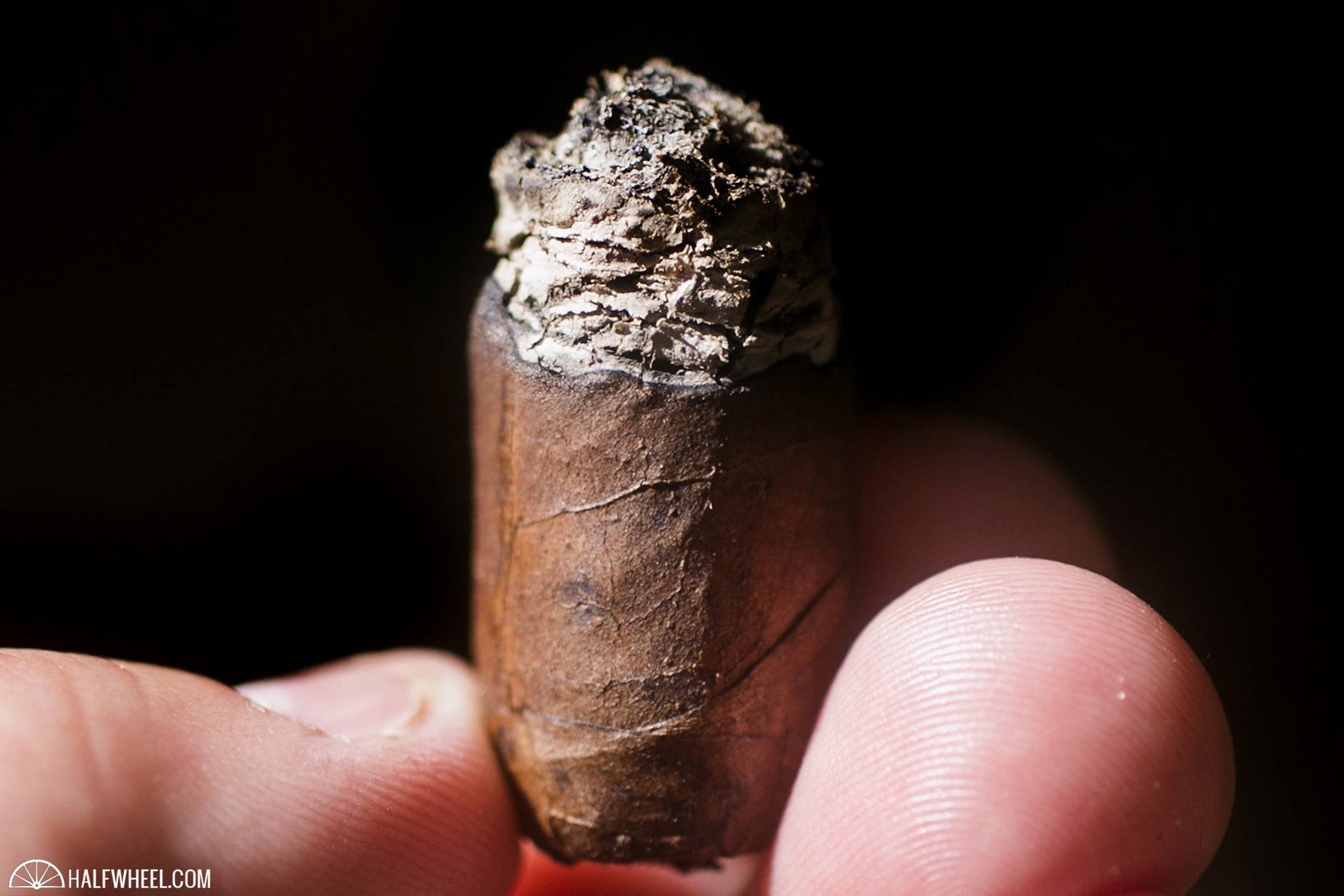 While the Jas Sum Kral Crna Nok is far from complex, the notes it does feature prominently—mainly a huge ground coffee and earth flavors—are extremely distinct, and work well with the rest of the blend. In addition, the strength and black pepper that is present on the retrohale is well balanced by a bit of maple sweetness that comes through every once a while. Unfortunately, the aforementioned sweetness is not near strong enough to make a major impact on the profile, something that hurt both the overall complexity and the final score. In the end, Connecticut broadleaf lovers should try it out, as long as they keep their expectations in check.