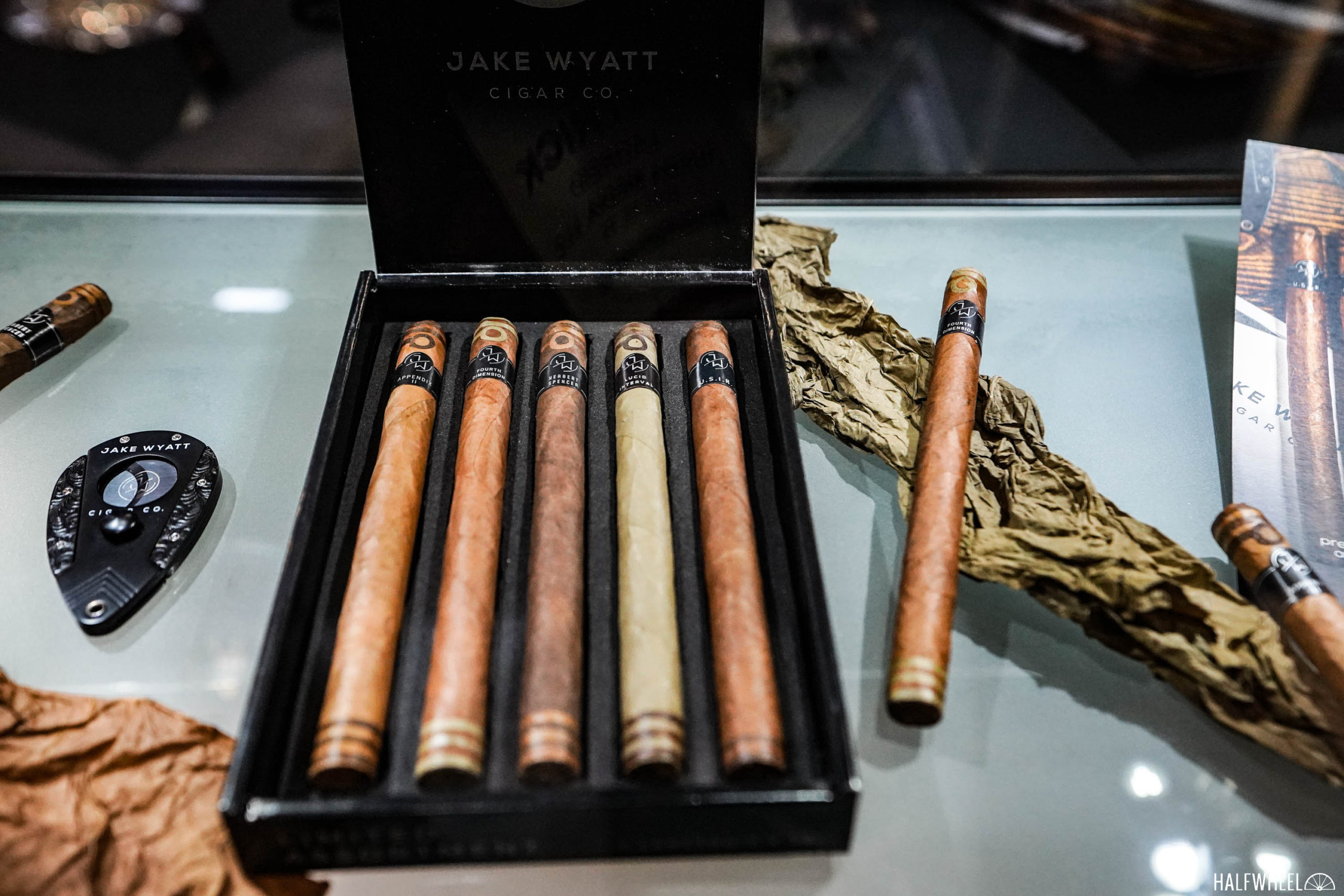 Inside each sampler are five cigars, a 7 x 38 vitola for each of its Gourmet Series lines, the Appendix II, Fourth Dimension, Herbert Spencer, Lucid Interval and U.S.I.R. lines. Each sampler comes with an MSRP of $66, and the company is producing 1,000 of the samplers. This is the second new size for the Gourmet Line this year, as in mid-May the company added a 5 1/2 x 44 corona vitola.

The cigars are produced at Tabacalera JVM, where all of Jake Wyatt’s portfolio is produced.