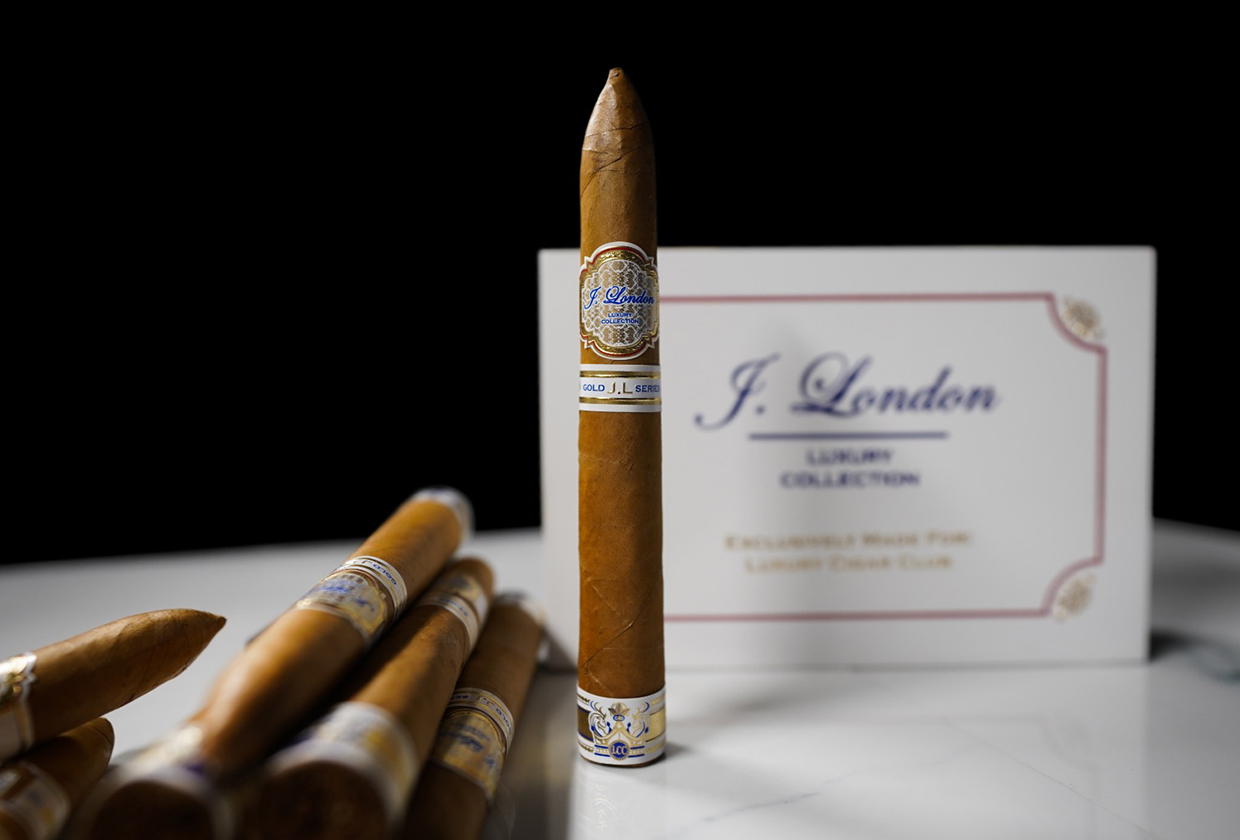 J. London Cigars has created a new vitola of its Gold Series for Luxury Cigar Club and its Preferred Retail Partner Network. It’s the Piramides, a 6 x 52 figurado with an elongated, pointed head design, and like the rest of the line, it uses an Ecuadorian Connecticut shade wrapper and binder along with Dominican filler that has been aged for three to four years. It becomes the 11th vitola in the line, which includes store exclusive sizes as well as more widespread releases.

The new vitola is priced at $19 per cigar and offered in 10-count boxes. Chris Doyle of Luxury Cigar Club said that a total of 7,000 cigars were produced for this run, and they will begin shipping to retailers late next week.

J. London Cigars released its Gold Series in 2014, the same year that Jonathan Fiant launched the company. The line has been released both in boxes as seen here, as well as in paper-wrapped bundles that feature some sort of artwork. The line is produced at Tabacalera William Ventura in the Dominican Republic.