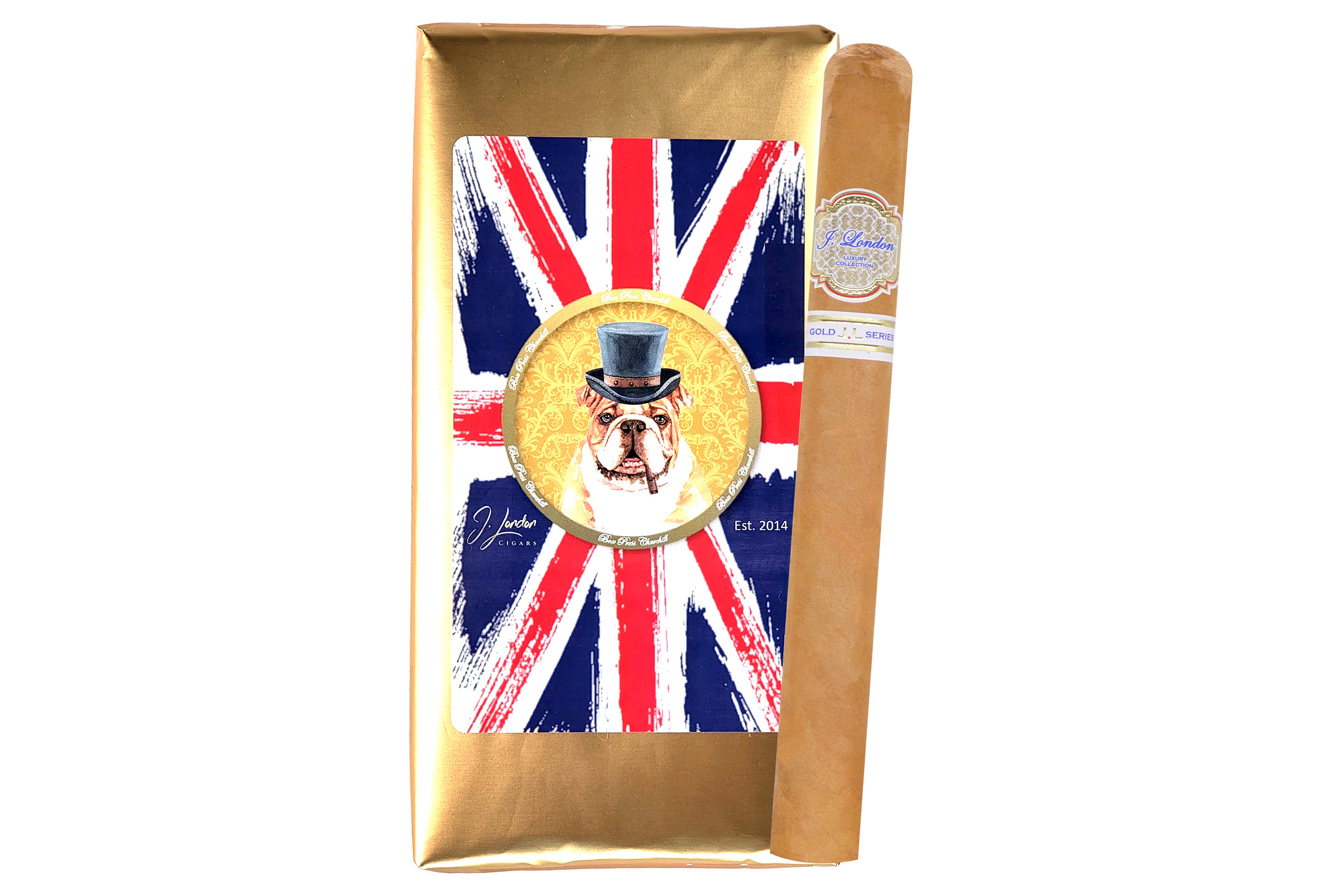 Like the other sizes in the line, it uses an aged Ecuadorian Connecticut wrapper and binder, while the filler is Dominican tobacco that has been aged for three to four years. It is made at Tabacalera William Ventura in the Dominican Republic. Pricing is set at $100 per pack, or an MSRP of $20 per cigar.

It is also a limited production for the initial fun, with 500 five-count packs released, a total of 2,500 cigars. This is the fifth size to be added this year, as it joins the Fat Robusto, the Belicosos Fino, a short panetela called the Queen’s Guard, an ‘A’ vitola that is a retailer exclusive.

J. London Cigars was launched in 2014 by Jonathan Fiant, and its Gold Series premiered that year in two vitolas, a robusto and a lonsdale. Two more vitolas—a lancero and toro—would be added in 2017. The Box Press Churchill is the latest in a series of small batches of specific vitolas that Fiant is making, with each batch coming wrapped in some sort of artwork.