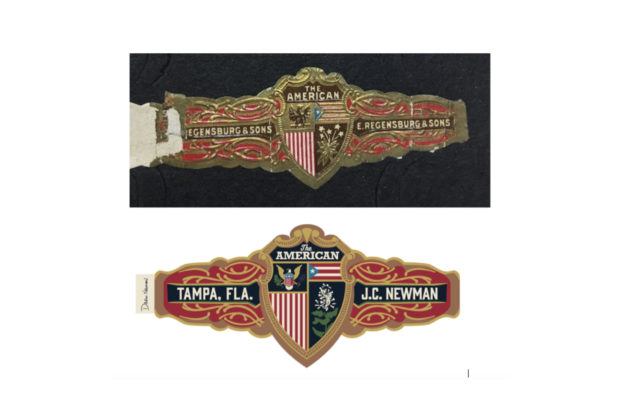 At this week’s IPCPR Convention & Trade Show in Las Vegas, the company will show off—and presumably begin selling—The American, a cigar entirely made in the United States.

Internally the cigar uses tobaccos from Connecticut and Pennsylvania, including a Connecticut broadleaf binder. The wrapper is grown in Florida at Jeff Borysiewicz’s Florida Sun Grown (FSG) farm. While other cigars have featured FSG tobacco in the filler, notably the FSG cigar, this is the first time the Florida tobacco is being used as a wrapper.

But it doesn’t stop there. The bands were designed in Brooklyn and printed in Orlando. The boxes come from Miami and the cigars are rolled at the Newman’s El Reloj factory in Tampa. In the end, the cigar is as much a cigar as it is an explanation of what it would take to make a cigar—and its tobacco and packaging—entirely in America, something that was once common but up until now, extinct.

The American is actually a historic brand, originally made in Manhattan and then produced at the E. Regensubrg & Sons factory in Tampa. That factory is now Newman’s El Reloj factory.

Drew Newman of J.C. Newman Fourth Generation Cigar Co. told halfwheel that his plan is to launch the cigar in “late summer” at an event with Borysiewicz’s Corona Cigar Co. and then to begin shipping them to a select group of retailers going forward.