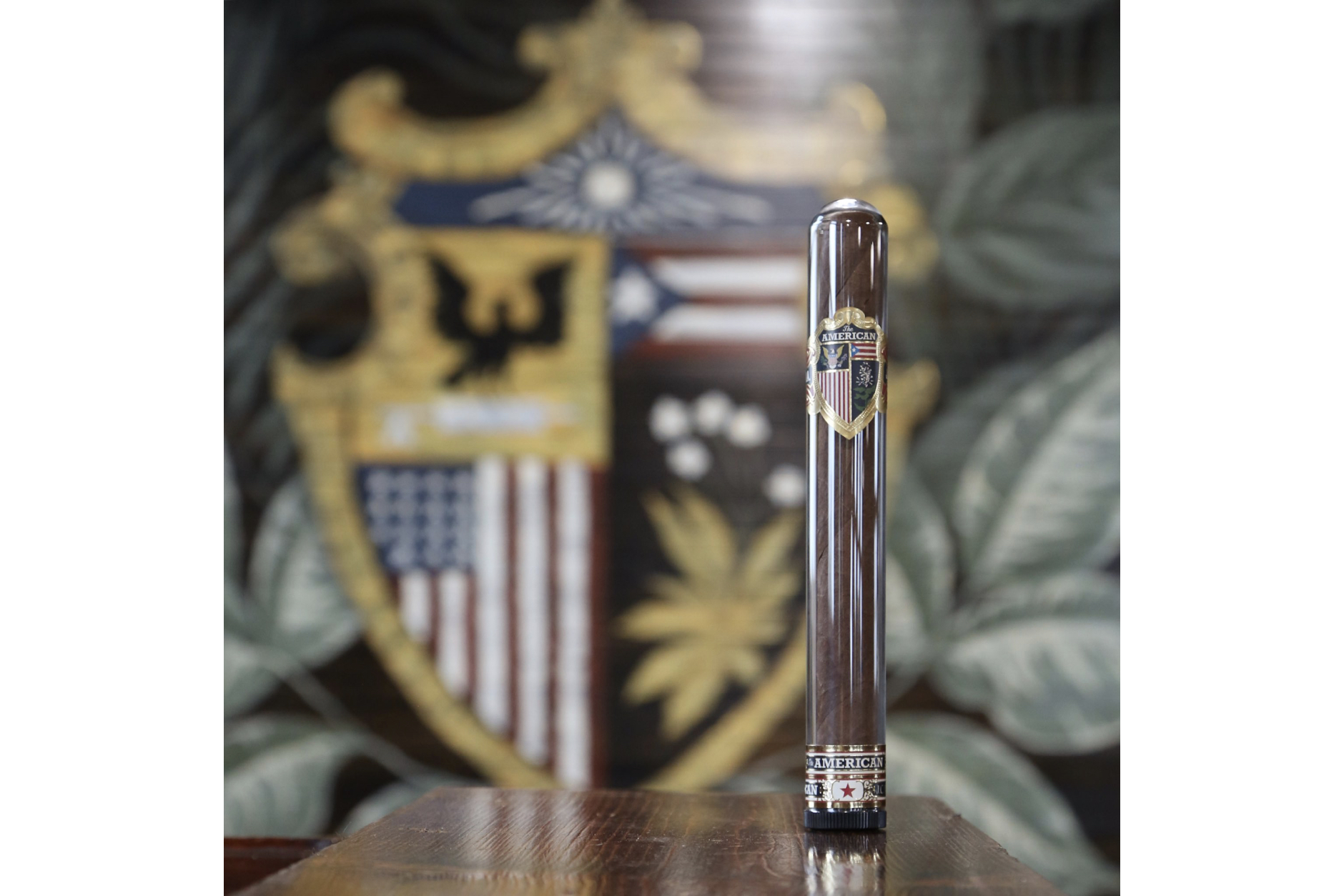 Those who stop by J.C. Newman Cigar Co.’s factory in the Ybor neighborhood of Tampa can purchase some exclusive cigars offered only at the factory, including a new special version of the flagship cigar of the factory.

While The American cigar is unique enough on its own, we’ve added a special edition.

This commemorative American tube is available exclusively at our factory store at El Reloj in Tampa, FL where this cigar is hand rolled every day. pic.twitter.com/SR5uFAAscg

The American President is a 7 x 47 Churchill size that is offered in tubos. Like the rest of the sizes in The American line, the cigar is rolled at the historic El Reloj factory using all American tobaccos and components. It uses a Florida Sun Grown wrapper over a Connecticut broadleaf binder and fillers from Connecticut and Pennsylvania.

It is priced at $20 per cigar and packaged in glass tubes. While the cigars come in boxes of 10, there is currently a two cigar per person limit.

J.C. Newman sells a very similar size—The American No. 1, a 7 x 47 Churchill—to retailers, though without the tube. In addition to The American President, the store at the El Reloj factory offers Factory Firsts in its store. The three-size line is made on the vintage cigar machines in the factory. Each cigar is hand-selected and described as the best cigars the company makes on the machines. Pricing is set between $22-26 per bundle of 15 cigars.

In June, J.C. Newman plans on selling the Cuesta Rey No. 95, a 6 1/2 x 42 lonsdale that will be made at El Reloj. It uses a Cameroon wrapper over a Connecticut broadleaf binder and imported fillers. The company says that it is going to use vintage bands and boxes that the company found during its recently completed renovation of the El Reloj factory.

It will retail for $16 and will also be exclusive to the factory store. There is a separate Cuesta Rey No. 95 that is made at Tabacalera A. Fuente y Cia and sold to other retailers.