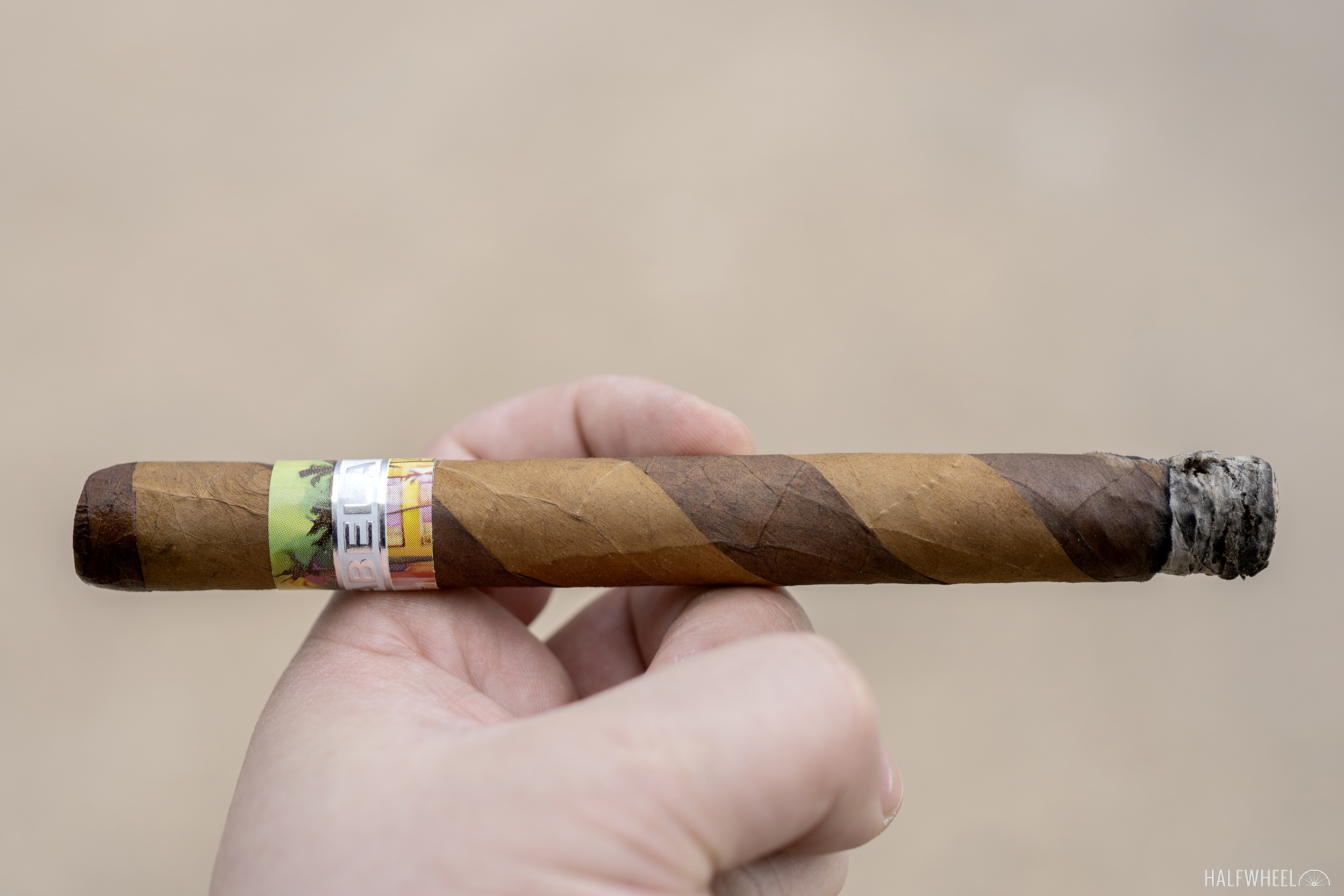 For the last nine years, I’ve compiled The Consensus, a project where I take the top 10 and top 25 lists from cigar blogs, magazines, podcasts, YouTubers and others and place them into a spreadsheet. The idea is to see if there’s any sort of commonality between these various top cigar lists and to see if there are any trends.

Because there aren’t that many restrictions about who can provide lists and no restriction about the cigars that each list uses, there’s always a couple of cigars that make the list that I’ve never heard of. Oftentimes that’s a house blend, sometimes it’s a company that is selling cigars directly to consumers and not shops and other times it’s a small brand that isn’t sold in the U.S. Rarely do any of those companies make multiple lists and most of the time, the brands make it on one list for one year and then aren’t found on any lists the next year.

But for the past two years, there have been multiple nominations for a brand called Isabela. While it hasn’t made the Top 25 in either year, the brand has had cigars earn a couple of high placings from specific bloggers. Needless to say, I was intrigued.

Isabela was started in 1997 by Johnny Piette. As is so often the case, he met Vincente Ortiz who was making cigars in Miami’s Little Havana neighborhood at his factory called Rosa y Yo. By 2015, Piette would move production to a small Nicaraguan factory outside of Condega.

In 2017, the company released a cigar called Time Traveler, which is one of the company’s more ambitious projects to date due to the number of different types of tobaccos used. It’s a 6 1/2 x 42 corona that is made in the barberpole style, using two different wrappers to create a look similar to a classic barber’s pole sign. As if that wasn’t enough, there are then 13 different types of tobaccos used for the binder and filler.

The company doesn’t disclose most of those tobaccos, but it does say that the two wrappers are Ecuadorian Connecticut Desflorado and Nicaraguan Prieto habano. Beyond that, the fillers are all Nicaraguan in origin and at least one of the types used is a medio tiempo priming.

Medio tiempo is the highest priming on a tobacco blend, above the ligero primings, that is only found on a fraction of plants. It has gained notoriety due to its use in the Cohiba BHK. What’s also notable is that the latest batch, released in December 2019, was rolled in mid-2017. Piette said that he believes the blend needs 2-3 years worth of rest to help balance out the flavors, particularly from some of the heavier tobaccos. The company actually rolled another batch in early 2018, but it doesn’t expect to release those cigars until 2021.

“Every time we produce a run of the Time-Traveler, we are trying to get the intent of the blend, obviously sourcing the tobaccos that are available, which fluctuates every season of production,” said Piette. “We never really know when the blend is ready from batch to batch, so we project a two-year minimum, and then do the ‘fire one up’ every couple months after that, until the blend tells us it’s ready.” 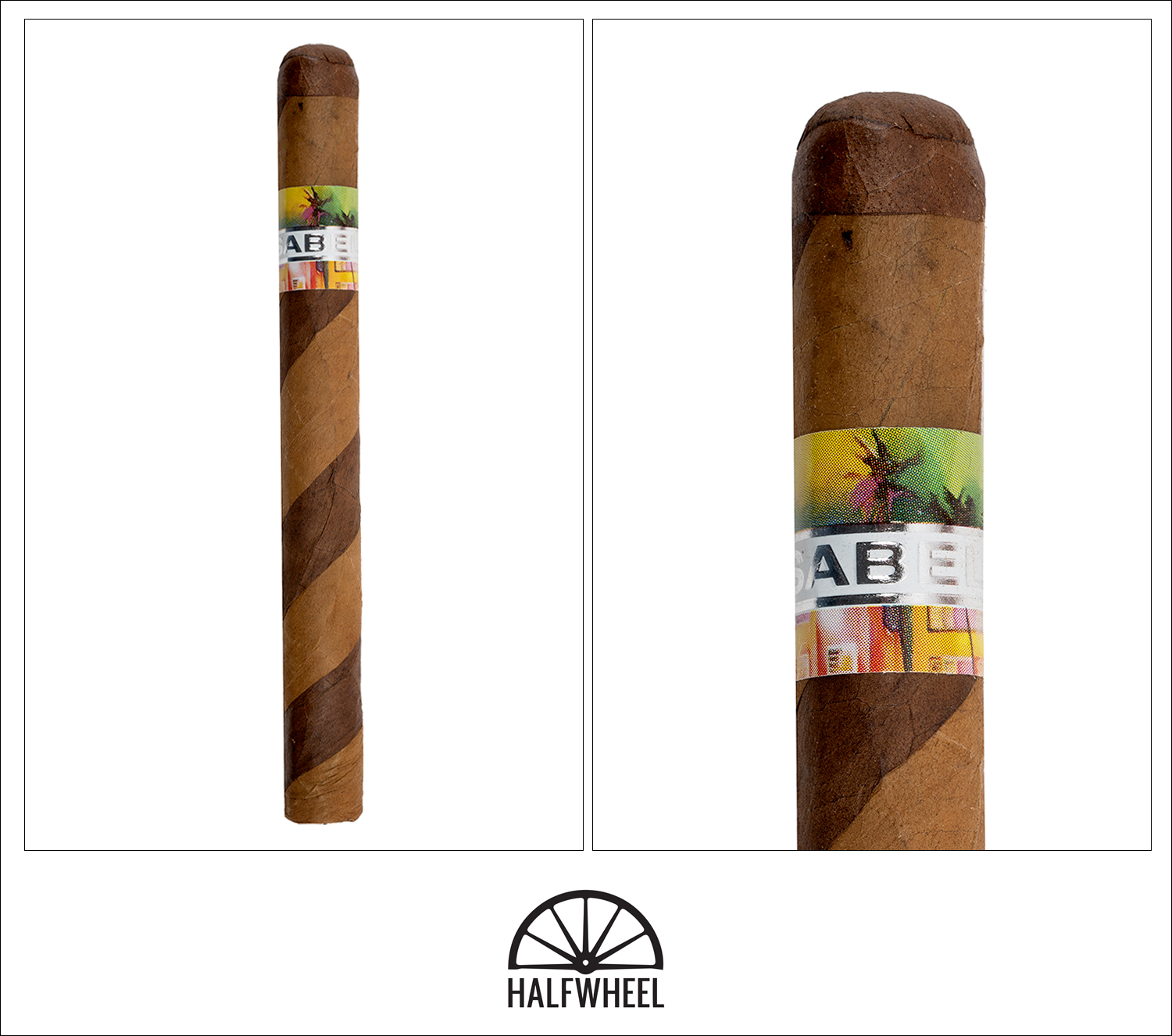 Appearance-wise, there is a lot going on. What gets lost in all of this is that the design of the band is clearly based on the Cuban Cohiba band. Between the cellophane, which is the lighter kind than what most factories use, the band and the barberpole, this looks like a cigar from a shop that rolls their own cigars. From the moment I opened the box, I was a bit concerned as the cigars smelled like they could be flavored. That continues once the cigar is out of the cellphone, it’s got leather, sweet cocoa and a smell like a bag of barbecue sunflower seeds. I would describe the aroma from the cigar as borderline flavored, certainly not the dominating artificial sweetness that I get from some infused cigars. The foot continues the trend, it reminds me of a Kit-Kat bar joined by some nuttiness and a bit of hickory. Of the three pre-light parts, the cold draw is the least that seems to suggest this is flavored. It’s still got remnants of artificial cocoa—joined by nuttiness and coffee—but I don’t get any of the lingering sweetness that normally is an obvious sign of a cigar being flavored.

Each sample starts with a tight draw, though my attention is more on the flavor. The opening puffs of the Time Traveler would suggest that it is not flavored. There’s a deep nuttiness and some generic cedar before a sweet nuttiness comes in. It’s a clean medium-full profile that seems more Dominican than anything. The first third of the Isabela is a mixture of nuttiness, some underlying sweetness, chalkiness and a bit of cheap chocolate milk. Retrohales produce cedar, coffee bean, spiced rum and a bit of a petroleum flavor; smooth and sweet. The finish has cedar, orange, honey and a bit of an Early Gray tea flavor. Flavor is full, body is medium-full and strength is mild-medium. The draw is a bit tight on all three cigars, but the smoke production and burn are great.

The second third of the Isabela Time Traveler seems to get drier with nuttiness still being the dominant flavor over some underlying generic sweetness, hay and chalkiness. Retrohales have are now doses of cedar with a bit of bourbon flavors here and there. The finish starts with a generic wood flavor and then shifts straight to black pepper, which lingers for quite a while on the back of the throat. Flavor is now medium-full, body is medium-plus and strength remains mild-medium. Unfortunately, each of the three cigars I smoked for this review have issues staying lit in the final third and I find myself retouching it. 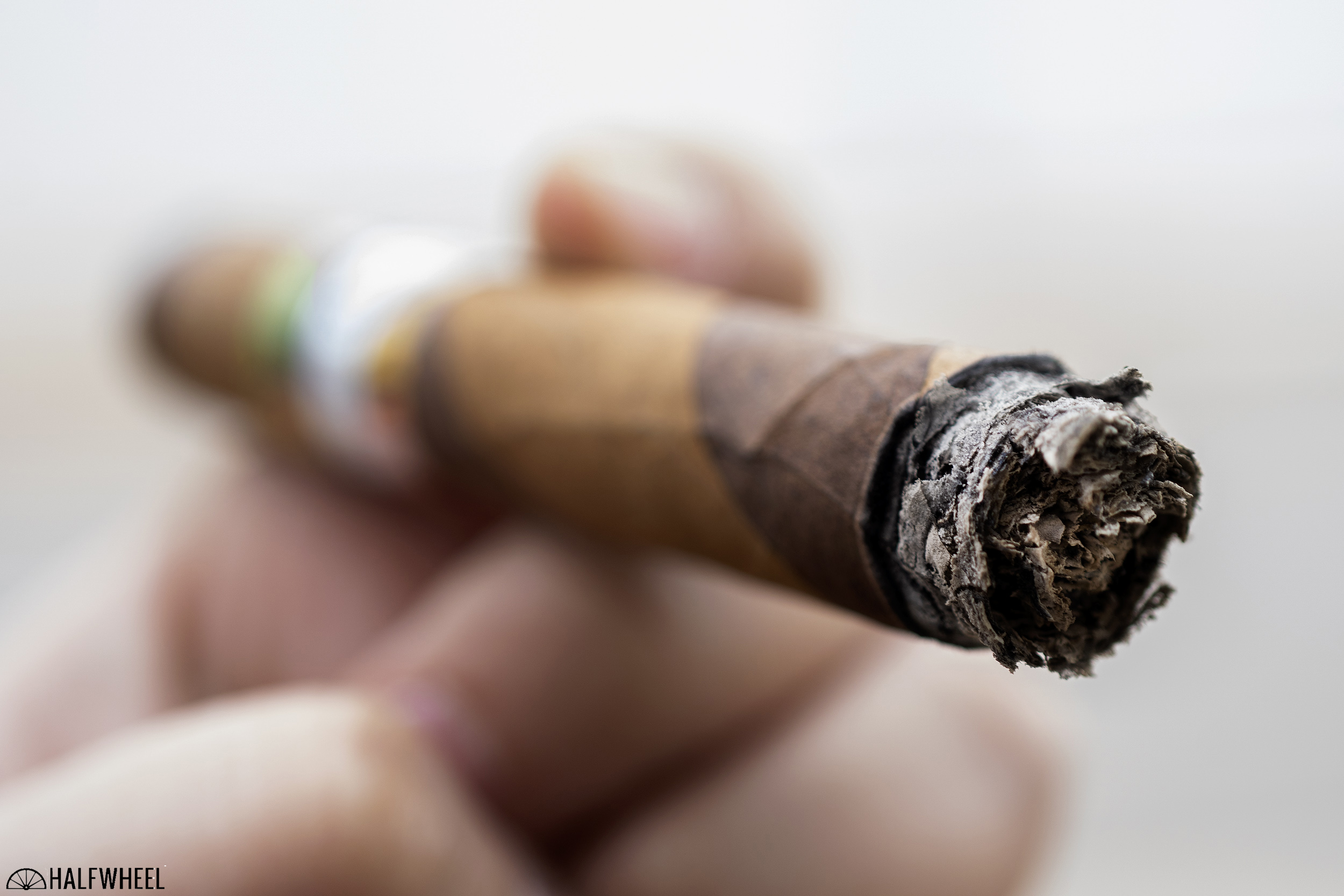 After a somewhat tame second third, the final part of the Isabela is back to a plethora of interesting flavors. Upfront there’s a mixture of walnuts, a Thai ice tea sweetness, dry leaves and sugar cane. The chalkiness that had lingered for the first two thirds is gone and the hay is now only occasionally present. Retrohales have minerals, lots of spices and a flavor that reminds me of Wild Turkey 101. While there’s no more pepper on the finish if I just blow the smoke out through my mouth, those retrohales leave a fair bit of burn on the back of the throat. A normal finish, or at least one without a retrohale, has a touch of a spice tingle, a watered down bourbon flavor and some of the sugar cane from the upfront flavors. Flavor and body are now both full, while strength finishes medium. Unfortunately, two of the cigars also need touch ups to keep them lit. I really didn’t know what to expect with the Time Traveler. There was a thought that maybe the select bloggers who loved Isabela that maybe this was a diamond in the rough. But once the cigars showed up, I was more concerned than intrigued. After smoking three Time Travelers, I’m happy to report that the cigars are good. The flavor isn’t good enough that I’d consider it for a Top 25 list and the score was hurt by burn issues, but I certainly wouldn’t have an issue smoking these again or even buying some again. I’m not sure that it meets the company’s description of “seamless twisting dimensions of changing flavor profiles,” but there’s no question the cigar provided quite a few unique flavors that I don’t find in cigars every day.