As you probably know by now, we are each writing a little about what we are carrying around in our bags as we cover the 2015 IPCPR Convention & Trade Show. So, here is my contribution. 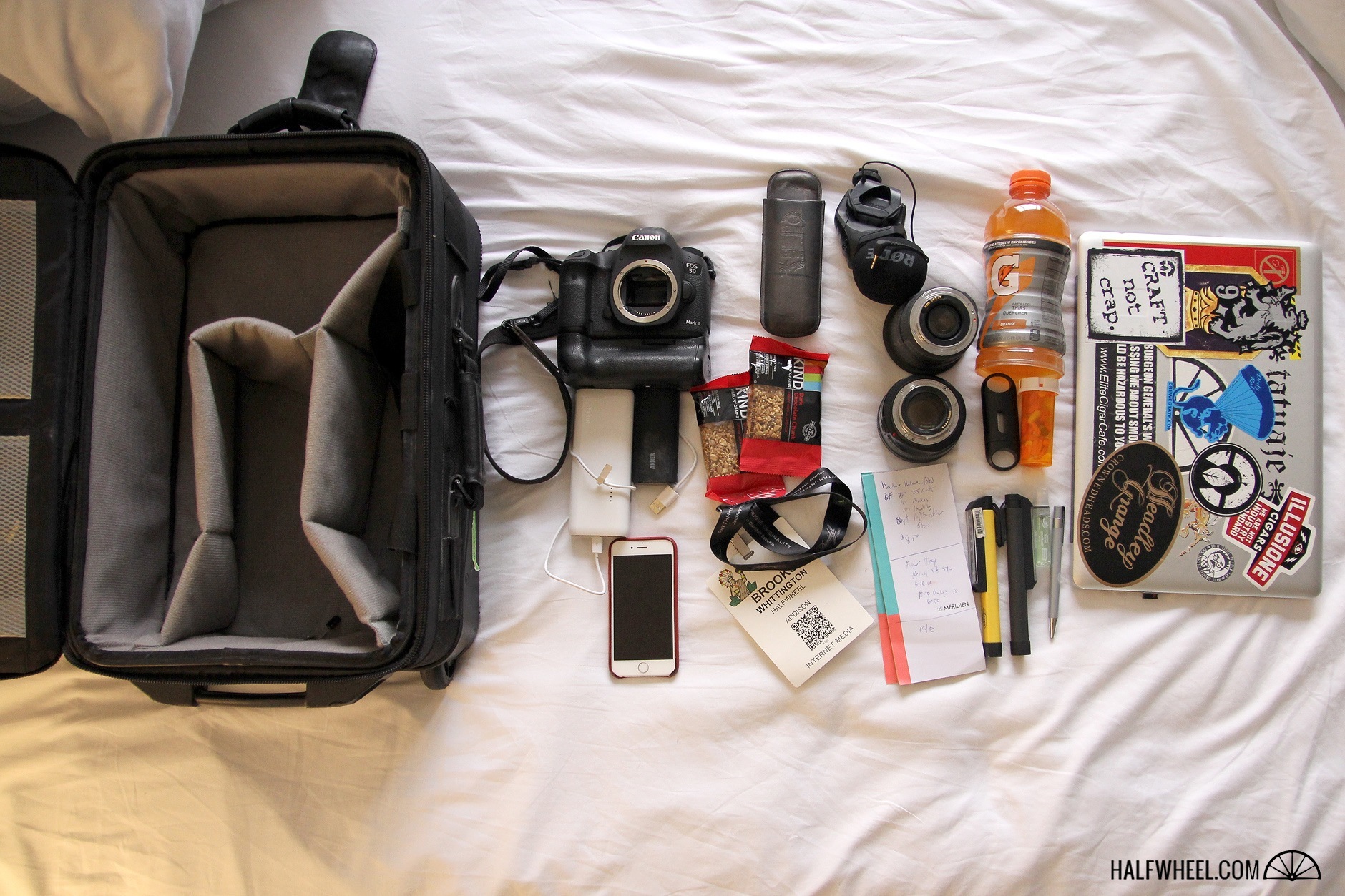 Lowepro Rolling Bag: A holdover from my photojournalism days, this is what I used to carry our cameras and lenses around in for destination weddings.

MacBook Pro: I bought this back in 2009, and it is on its last legs. I give it another six months, tops. That being said, it is still going strong, and aside from having to restart it three times a day due to crashes, works fairly well.

Canon 5D MKIII: This is the site’s workhorse, and it works wonderfully—just wish the focus was a bit faster.

Lenses: Instead of a zoom lens, I am using a combination of primes, notably a Canon 50mm f/1.2 and a Sigma 20mm f/2.8. The wide is used for videos and booth shots along with some product shots, while the 50 is used when I want to get closer and throw out the background more.

Domke Camera Strap: Another holdover from my photojournalism days, this strap is the best I have ever used, and I have tried almost all of them.

Røde Stereo VideoMic: This connects to the top of the camera via the hotshoe. Seems to work great so far.

Anker Battery Packs: One for the computer and one for the phone.[ref]Editor’s Note: I have no clue how Brooks got the battery pack to work with his computer.[/ref] They work like a charm, and they work fast.

Generic V-Cut Cutter: I tend to bring generic stuff with me to the show, as things are so easily lost or stolen out of bags.

Kind Bars (Chocolate Chunk): We don’t get to eat as often as we would like, and these help out quite a bit, especially when you are on the run.

Pills: A variety of different pills, including Motrin and Excedrin. What can I say, I am getting old.

Note Pad from the hotel room: I would prefer a Reporter’s Notebook like Patrick has (in fact, he is using one I gave him), but I misplaced the box of them I had left over from my photojournalism days at some point in the last year.

Pen: Also from the hotel room. I should probably get something more trustworthy, but I always seem to lose them.

Gatorade: While I prefer something without sugar, it is hot as balls here, and I am treating myself.

Hand Sanitizer: Really does not need an explanation.

Davidoff Two Finger Cigar Case (with cigars): You know, in case I run out of cigars on the floor.

Video Lights: In case I need a bit of extra light on the floor, especially directional light.