Another IPCPR Convention & Trade Show—my eighth, if I recall correctly—has come and gone, and so it is time once again to list some of the coolest things I saw during the show. Since each of us on staff do not come close to visiting every booth, there are always a number of things that I never get around to seeing—my biggest regret this year was not visiting the Taste The Elements installation in the Davidoff booth—but there are still always plenty of items to put on the list every year. Easily one of the more unique items I saw during the show, Warfighter’s Abrams 120mm ashtray is made from the heavy steel expended base of a spent round from an Abrams M1/A1 tank’s smoothbore gun. 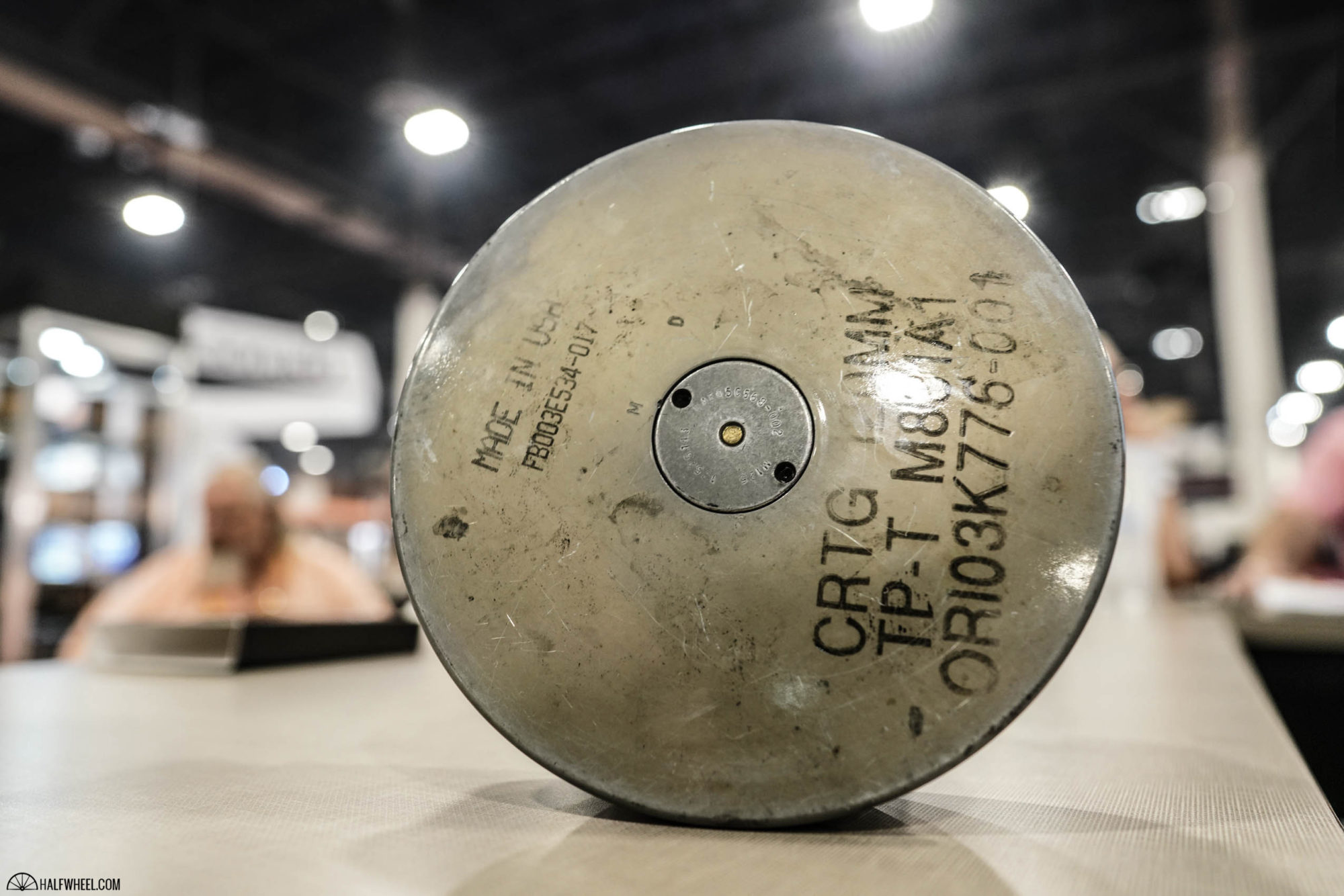 The shell casing disintegrates when the round is fired, leaving the heavy steal base of the base behind, which the company then machines, cleans, sandblasts, polishes and clear powder coats the remaining base, which serves to preserve the head stamp. At $125 each, they are not exactly cheap, but you would be hard-pressed to come up with a better conversation piece in a man cave or store. Cigar accessories are a dime a dozen, and there are very few times in recent years that a manufacturer has really gone outside of the familiar grounds when releasing a new lighter. Bugatti Group changed that in a significant way with the announcement of two brand new lighters—the Mirage and the Vulcan—both of which share some extremely unique features. First, both new lighters feature user-replaceable fuel cylinders, meaning that users insert a small pre-sealed butane can into the bottom of the lighters, therefore replacing the traditional method of filling said lighters and the associated headaches of bleeding, purging and refilling. Each cylinder holds 18ml of butane, which the company says is good for approximately 30 days before needing to be swapped out. It can also be used to fill other lighters as it comes with a universal valve.

Second, both the Vulcan and Mirage feature user-replaceable burner cylinders, which means that if one of the torch cylinders goes on the fritz, the user can easily pull it out and replace it themselves—Bugatti even includes a replacement in each lighter box—without having to go through the time, annoyance and expense of sending it in to the company and waiting for it to be fixed. In addition, the fact that the burner cylinders can be replaced theoretically means that the company could sell add-ons straight to the consumer to change the way the flame works, i.e. adding a single or triple flame attachment instead of double flame that comes standard.

@drewestatecigar knows a thing or two about catchy packaging, and this crazy awesome Flying Pig sampler is no exception…

Eagle-eyed readers might remember that one of my Top 3 items from last year was the Liga Privada Sampler, which I chose for its combination of design and just plain kickassery. Well, the company has done it again, this time with a sampler that contains every Pig that has been commercially sold, a list that includes:

While the new logo on the inside box lid and the bold color choice make an obvious visual impact, it is the amazing new flying pig logo on gold, red and black bands around each cigar that steal the show. Unfortunately, said bands are just around the outside of the tissue paper while the cigars underneath the paper are adorned with their normal branding. In fact, the only other thing that would have made this sampler better would be if it also included a Bashert placed on the far right side, but you truly cannot have everything.