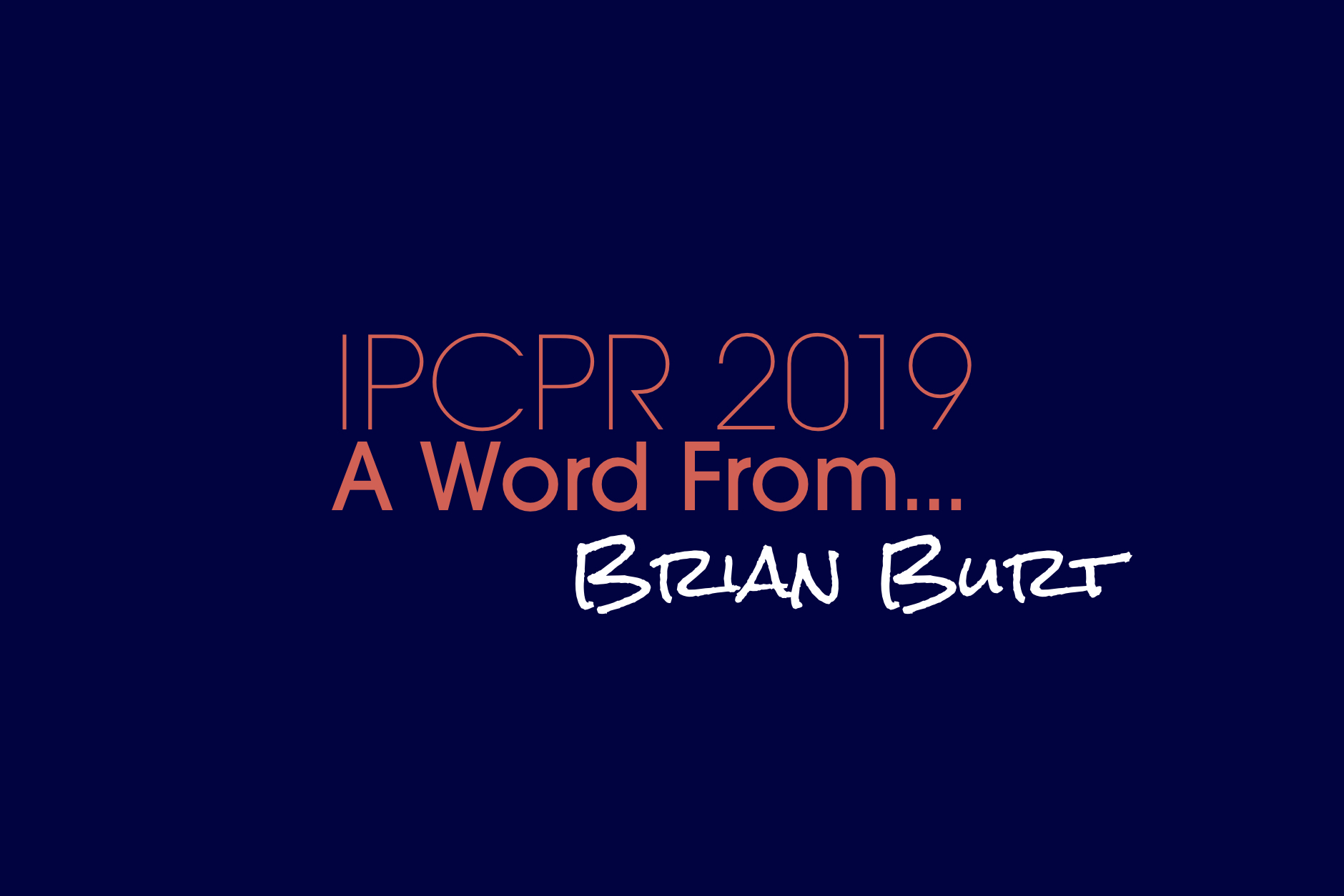 This will be my fourth Top 3 Things post about the IPCPR Convention and Trade Show, and I guess it will be the last. Next year will be the first PCA Top 3 Things, so there’s that. Each year, after the fog of dehydration from the 5 percent humidity of Las Vegas fades and I get towards the end of writing up my final booth posts, it’s kind of nice to take a moment and reflect on what I actually saw in the whirlwind that is the trade show.

At the show people are always asking me what’s the coolest thing I saw or what was the cigar I was most excited to try and I almost always find myself dumbfounded for an answer and offering noncommittal murmurs about random things. It’s not because there isn’t anything impressive at the show, but it’s mostly just because we are so hyper-focused on our coverage and what specific thing we have to accomplish next that I don’t even really process what I saw at the trade show until a few days after I get home.

Once I did start doing a mental tally of the cool things I saw, a number of things popped into my head. Neat, new packaging like the Selected Tobacco SA Atabey tubes, the Black Label Trade Co. NBK Lizard King artwork, or the Asylum Seven always grab my attention, but a few other things stuck out to me a little more. The first thing on my list isn’t even a new product, in fact, I think it’s a little bit gimmicky and ridiculous. With the Jetline booth directly in front of our bunker however, I caught myself looking longingly at this lighter every time I passed. I just wanted to pick it up, play with it, but most importantly – throw it in my golf bag and keep it in there as my golf course lighter. The price tag is a little bit too hefty just to be like “haha, I’ve got a lighter shaped like a golf bag” but man, that really isn’t stopping me from wanting to get my hands on one. 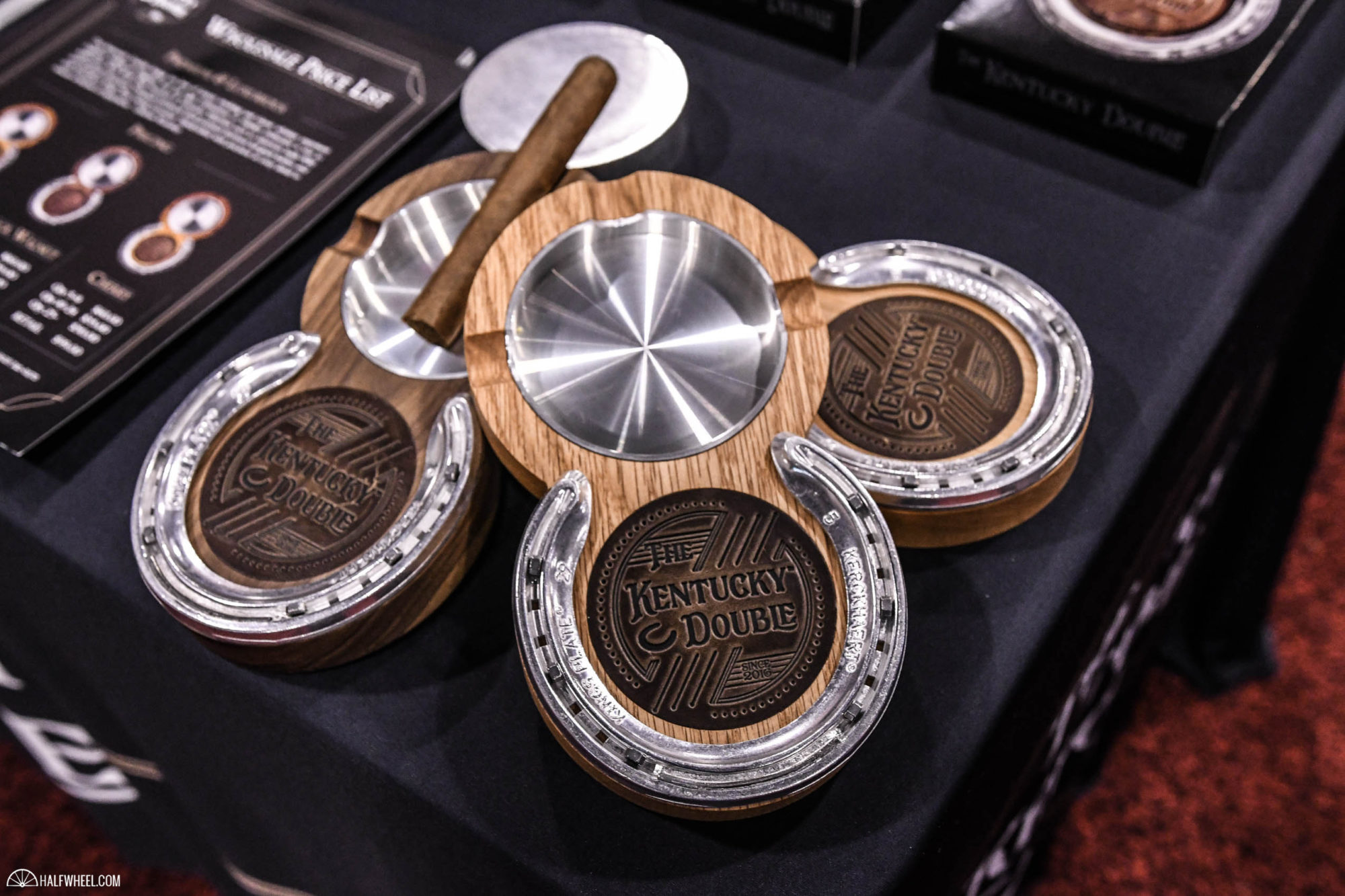 Brand new concepts for cigar accessories are few and far between, with usually just one or two standouts at most each year. Usually, it’s just a rehash of this lighter doing that or this cutter shaped like this, or how extravagant can we make this humidor. The accessories that are real innovations or unique ideas just don’t come around too often. This year, one of those unique accessories I saw was The Kentucky Double.

Now I’ve yet to actually sit down and use it, so I can’t say if the form and function are at a happy compromise, but the form is certainly up there. It absolutely stands out as a unique looking ashtray and is at a glance as easily recognizable as other ashtrays like Stinky or Wicked Anvil. The combination of a coaster and an ashtray, along with the actual functionality of both is something that I’ll reserve judgment on until I get to use it, but for now, it’s definitely part of my top three. I didn’t mean to have three accessories on my list, but here we are. The final thing on my list is the humidor from Brizard & Co. called La Casita de Puros – literally translated into The Small Cigar House. I have a penchant for smaller versions of normal-sized objects, like Micro Machines as opposed to Hot Wheels, the Marshall MG15 Mini-Stack amplifier, or even throwing it back to the fully functioning Sony Vaio laptop from around the year 2000 that could fit in your pocket. My guess is if you offered a regular cigar smoker the choice between a normal sized 50-count humidor or a tiny humidor that might be able to fit 50 petit coronas, you probably wouldn’t get many people choosing the small humidor. To me, however, that was probably the coolest thing I saw at the trade show, so I guess I now have an actual answer next time somebody asks me that question.