If there was one booth towards the back of the show floor that seemed to have a steady stream of traffic on Saturday, it was Oscar Valladares Tobacco & Co. 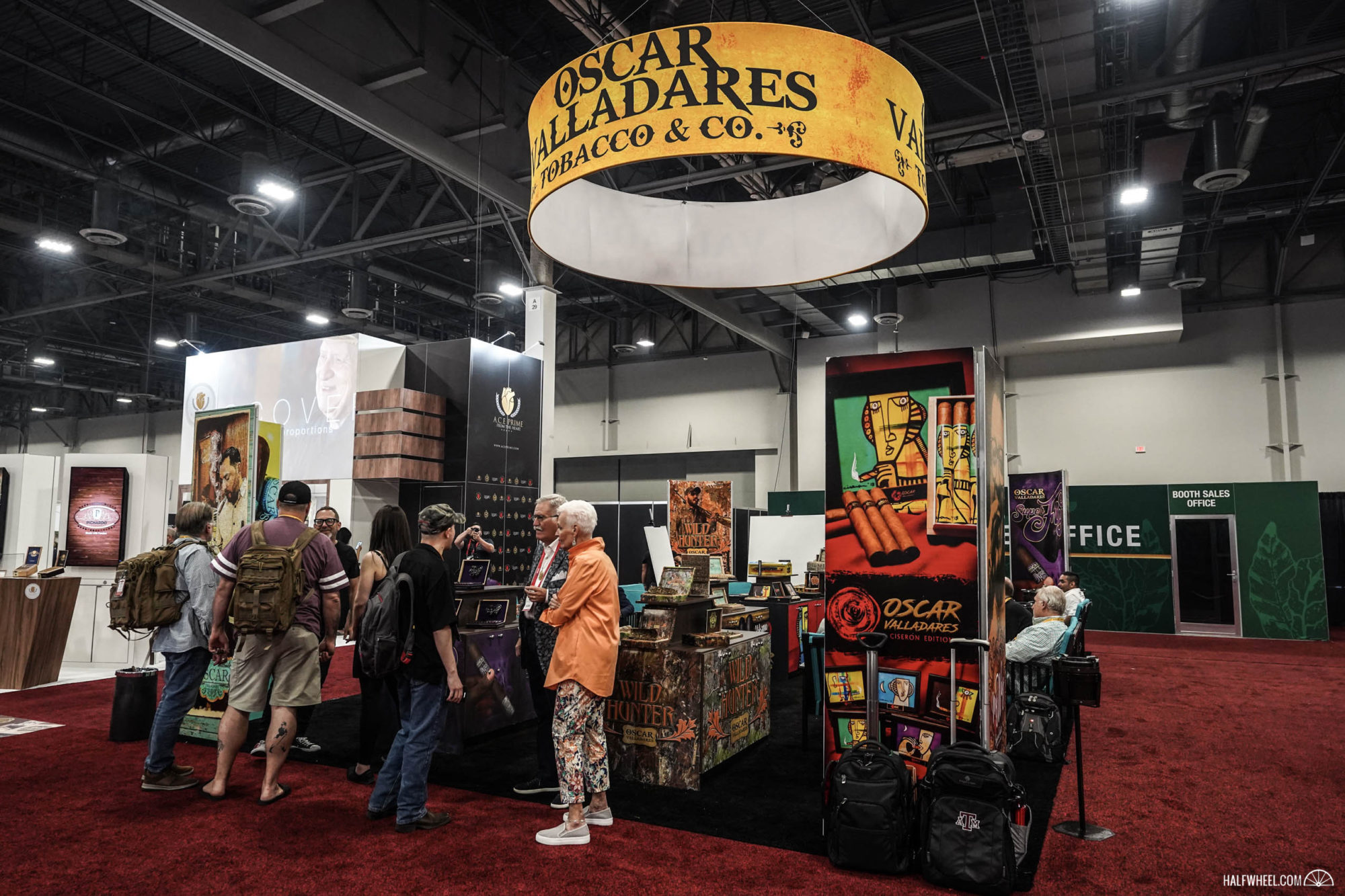 The company packed a ton into a fairly compact space, including live painting by Cicerón Bautista, with the final paintings being raffled off to some lucky retailers who enjoyed the space on some brightly colored benches and tables. As for the cigars, there are three new releases from Oscar, two under the Wild Hunter name and one that is a groovy purple throwback to the 70s. Not only is the new Oscar Valladares Super Fly billed as the strongest cigar in the company’s portfolio by way of a Mexican San Andrés wrapper over a Honduran binder from the Copán region and fillers from Honduras, Nicaragua and the Dominican Republic, it is the first time that Dominican tobacco has been used in any of Valladares’ blends. It’s being produced at Valladares’ factory in Danlí, Honduras. Oscar Valladares Wild Hunter
Valladares has crafted a new line with two blends but just one size, both of which come in camouflaged boxes with an unmistakable hunting theme. The Wild Hunter is a Honduran puro that the company says gives smokers “the full experience of Honduran flavor.” While not a hunter himself, Valladares told halfwheel that while he was on the road he met plenty of cigar lovers who also enjoy the outdoors and wanted to make a cigar with them in mind.

One of the coolest parts of the presentation is a flap decked out in a camouflage texture, which was one of the most unique things I saw on Saturday and landed in a spot on our packaging awards nominee list.