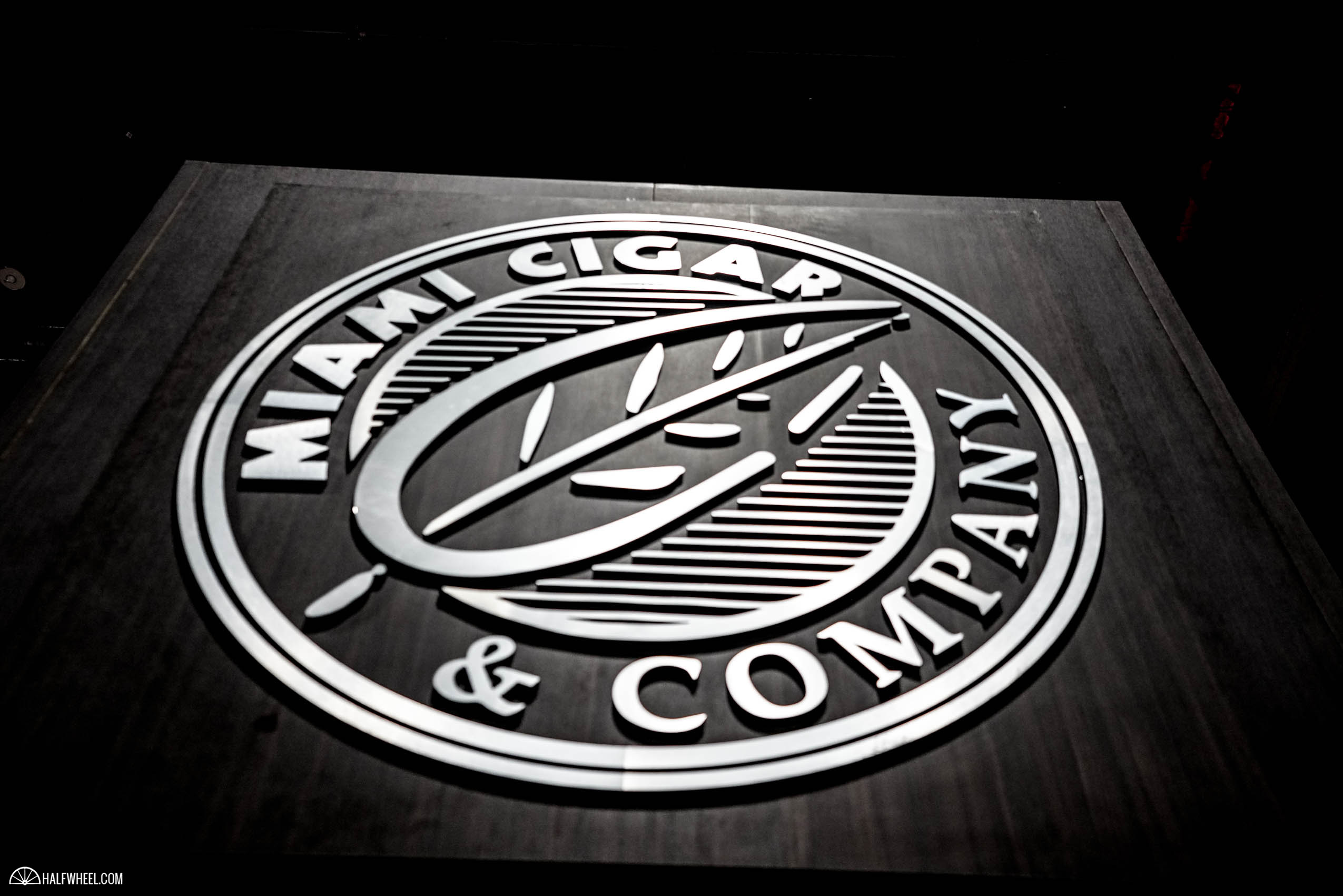 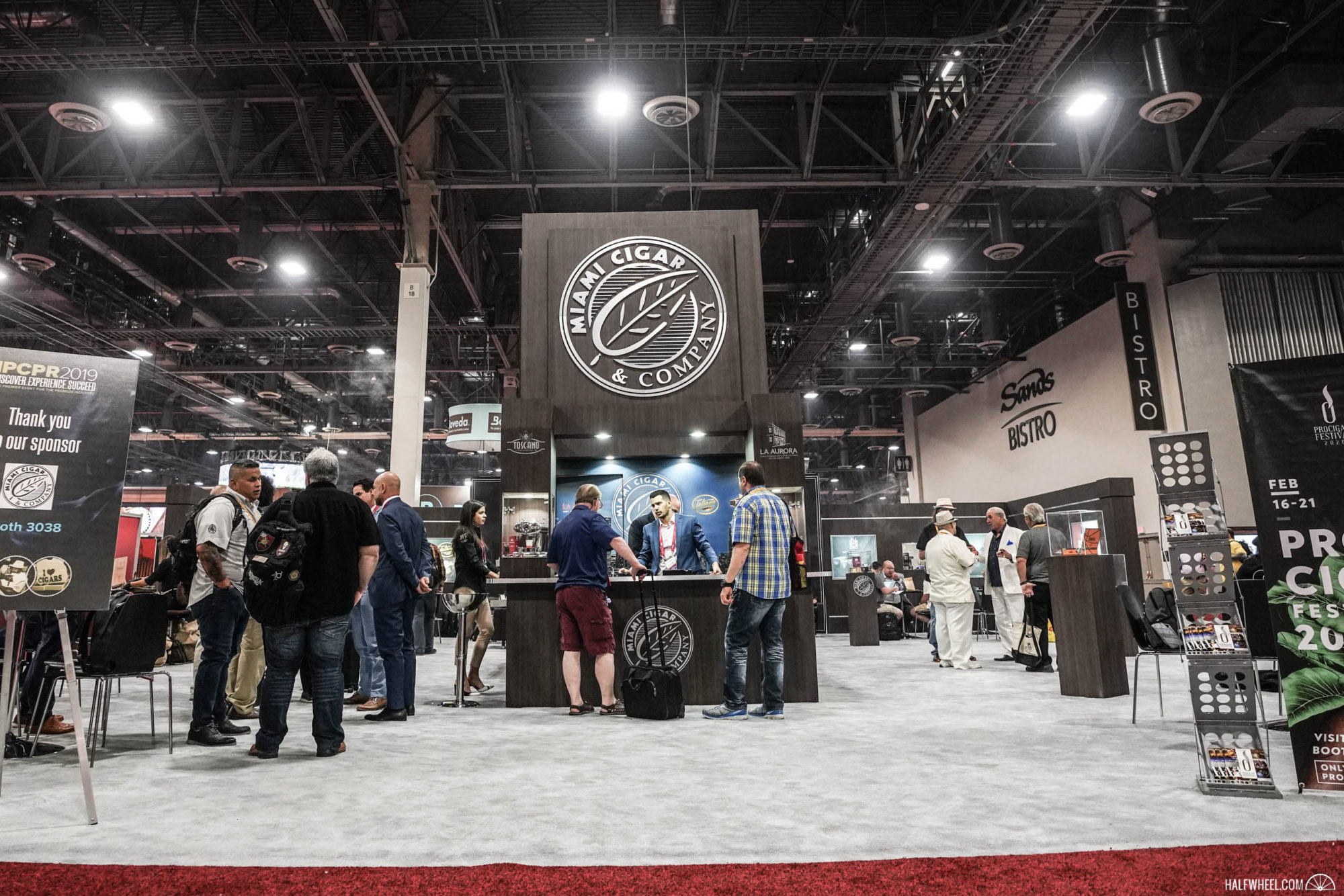 As for the booth, it’s the same as it’s been for a number of years, split between the brands that Miami Cigar & Co. distributes—La Aurora, Toscano and a guest appearance from Barrel Aged by Karl Malone—along with Miami’s own brands: Nestor Miranda and Tatiana. It’s also a great place for a coffee, or a beer, or rum—or all three. 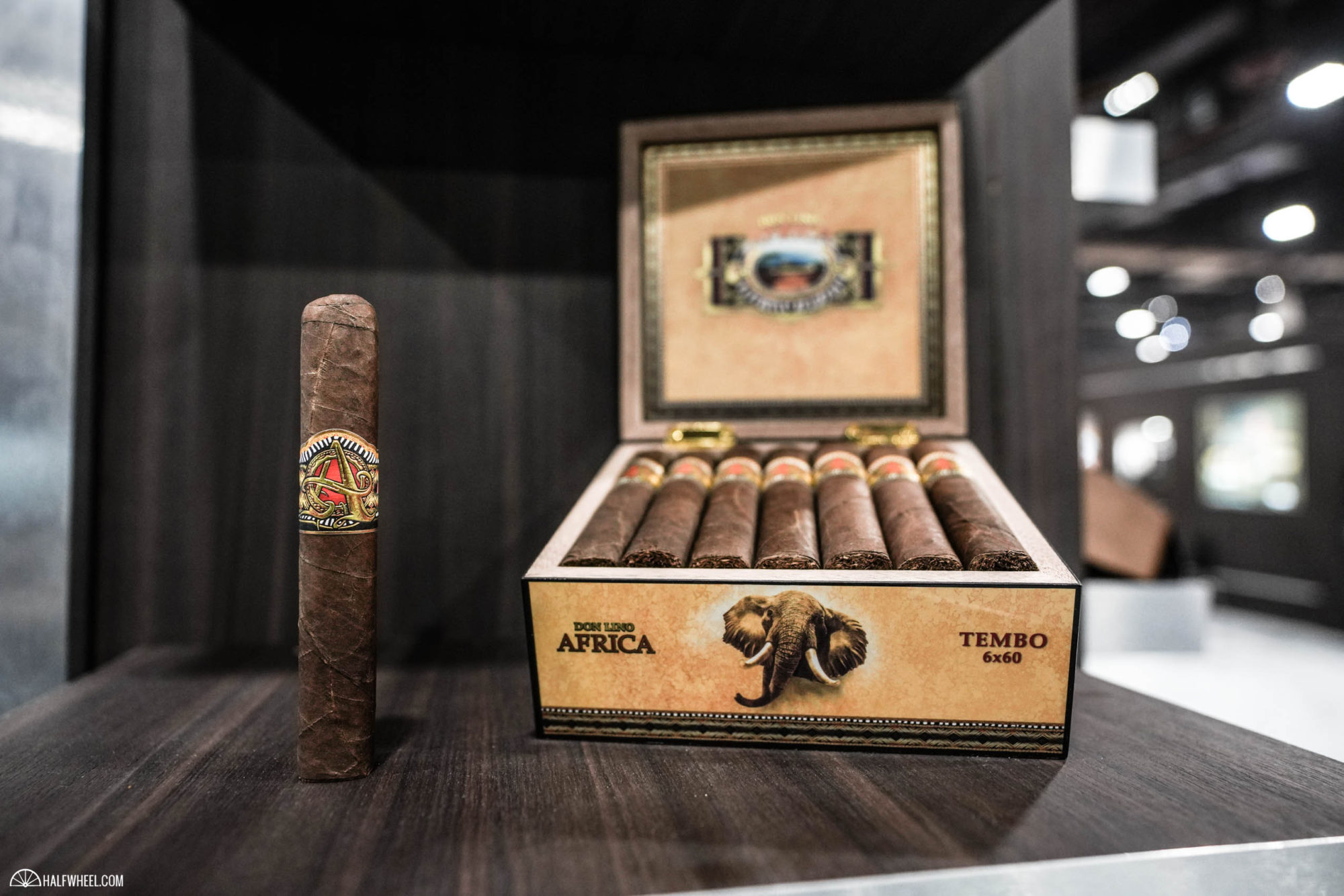 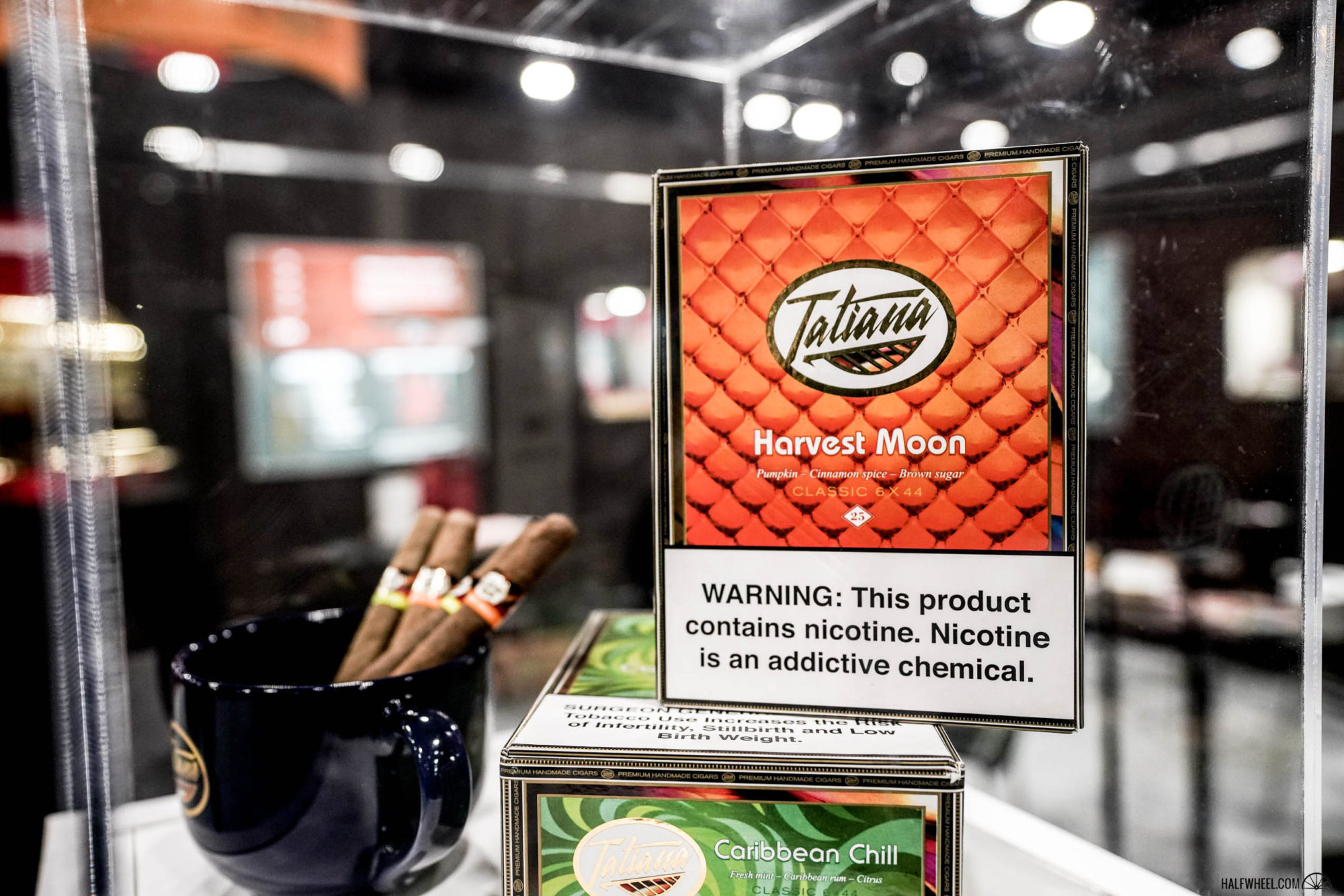 This isn’t new—it was displayed last year—but it never shipped. It’s a pumpkin spice infusion and while many of our readers will find that to be less than appealing, it will probably outsell 90 percent of the cigars that debuted at the trade show.

Of note, the boxes are going to ship with that warning label. It’s currently not required, though Miami Cigar & Co. just made the boxes with the label and are going to keep it on there rather than change the packaging.