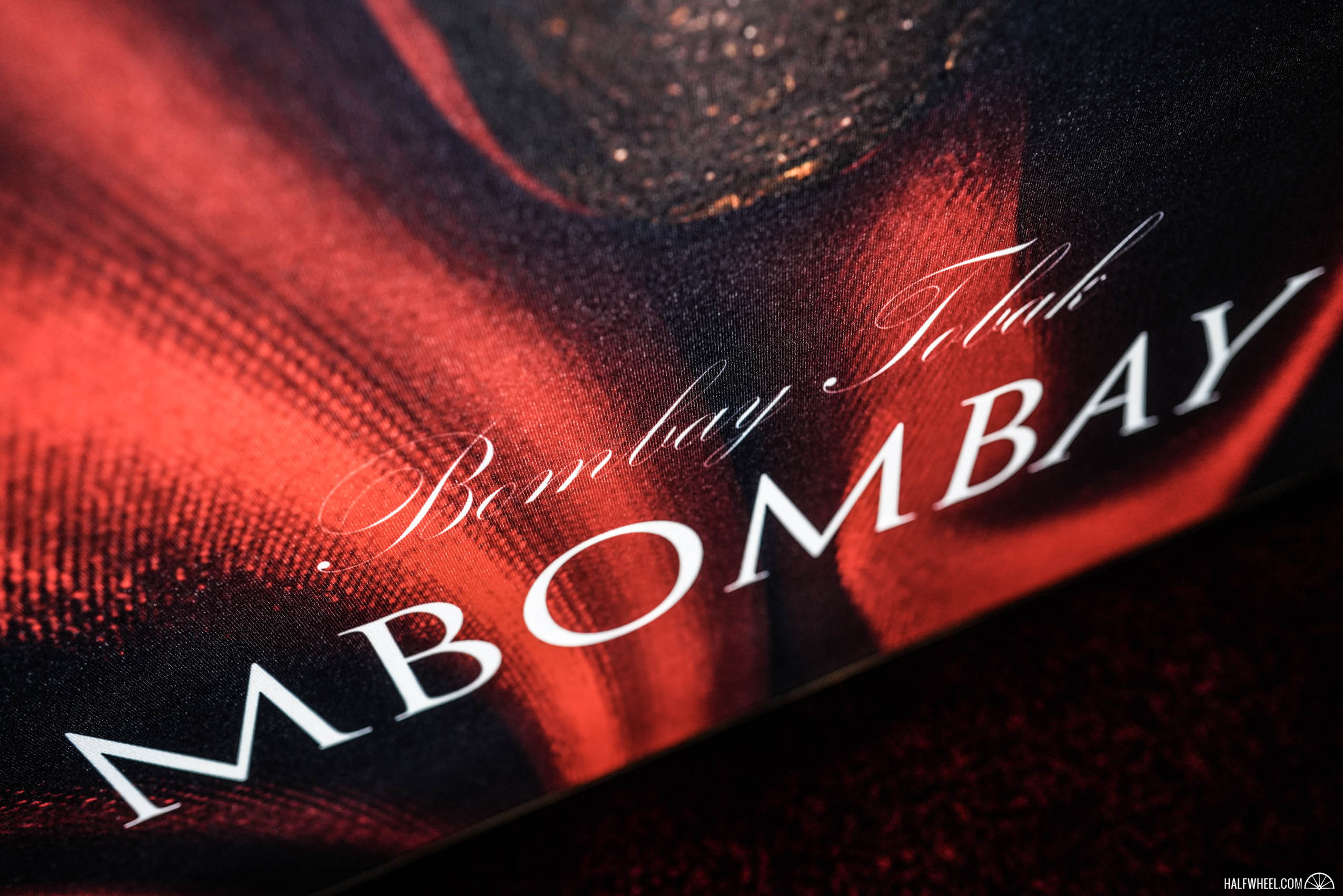 MBombay has released at least one new cigar at every IPCPR Convention & Trade Show it has attended and this year’s event was no exception. In addition to a brand new line, the company was showing off a new extension based on a blend it debuted during last year’s show, one that happens to be the most expensive cigar the MBombay has ever released. Although it was the same size at this year’s show, MBombay made one noticeable change for this year’s booth: the backdrop features a lineup of single cigars showing off each of the company’s lines as opposed to a general backdrop with the company’s name and a few random cigars. I walked by a number of times during the four days of the show, and while I would never describe the booth as slammed, it stayed consistently busy with plenty of foot traffic. 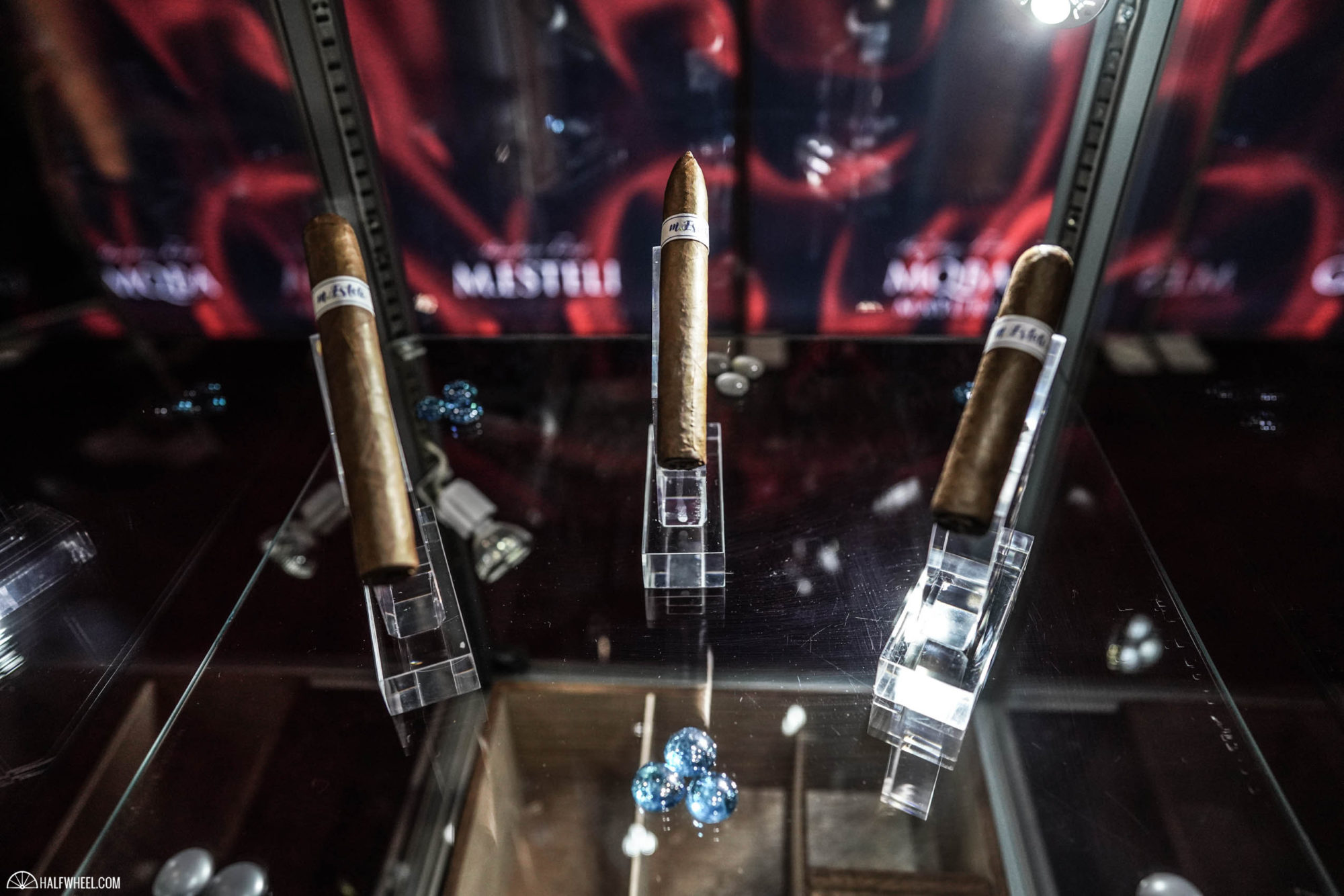 On the low end of the spectrum pricing-wise, MBombay showed off new M.Esteli line, which is a three vitola line being sold in bundles of 30. Ironically, while the name of the line references the Nicaraguan city famous for producing cigars, the M.Esteli is actually produced in Costa Rica and includes tobaccos from three different countries, namely the Dominican Republic, Ecuador and Nicaragua. 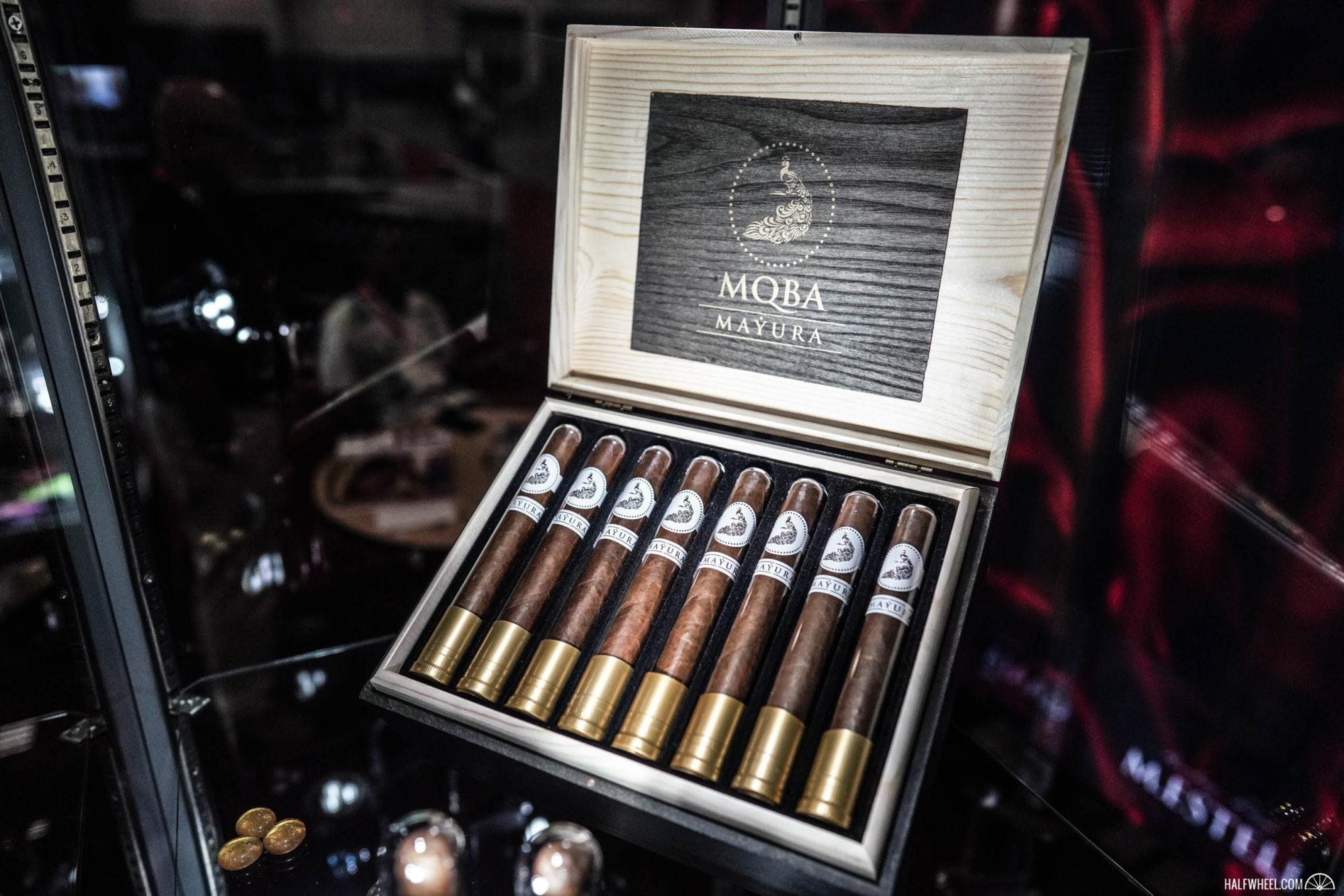 Last year, MBombay debuted MQBA—pronounced em-kyoo-bha—a four-vitola line rolled with tobacco planted in 2009 on a 70-acre farm. While that blend was an Ecuadorian puro, the Mayura—which translates to peacock in Sanskrit—features filler tobaccos from Paraguay, Peru and Nicaragua. In addition, both the toro and robusto violas will be packaged in boxes of 24 with each cigar individually placed in tubes.

Update (Aug. 30, 2019) — The original version of this post indicated the M.Esteli binder is from Nicaragua, it is from the Dominican Republic.