After resurrecting a brand that was thought to be dead at last year’s IPCPR Convention & Trade Show, Illusione had three more tricks up its sleeve for this year’s show: the newest version of its most popular series and a tribute to the 10th anniversary of a line named after the primary region in France for producing Champagne. There was also a surprise release announcement that is sure to delight fans of the company’s older releases. Although the company was selling the two brand new cigars there were not very many cigars to show off to those doing the buying. In fact, while I was able to photograph one of the (few) Singularé 2019s that was in the booth, there were none of the other new releases to be found.

The aforementioned Epernay 10th Anniversary is a 6 x 50 toro that is produced at the same factory as the regular Epernay line—Raíces Cubanas in Honduras—but does not use the exact same blend. Originally released in 2009 the Epernay is an extension of the company’s ~eccj~ cigar which was created as an ideal blend to pair with Champagne.

The newest release in Illusione’s Singularé line will be the first incarnation produced in a non-parejo shape, specifically, a 6 3/4 x 52 diadema. As with all of the previous cigars in the line that debuted in 2009, the 2019 version will be packaged in 15-count boxes with between 500-700 boxes available, a number that will ultimately depend on the tobaccos. 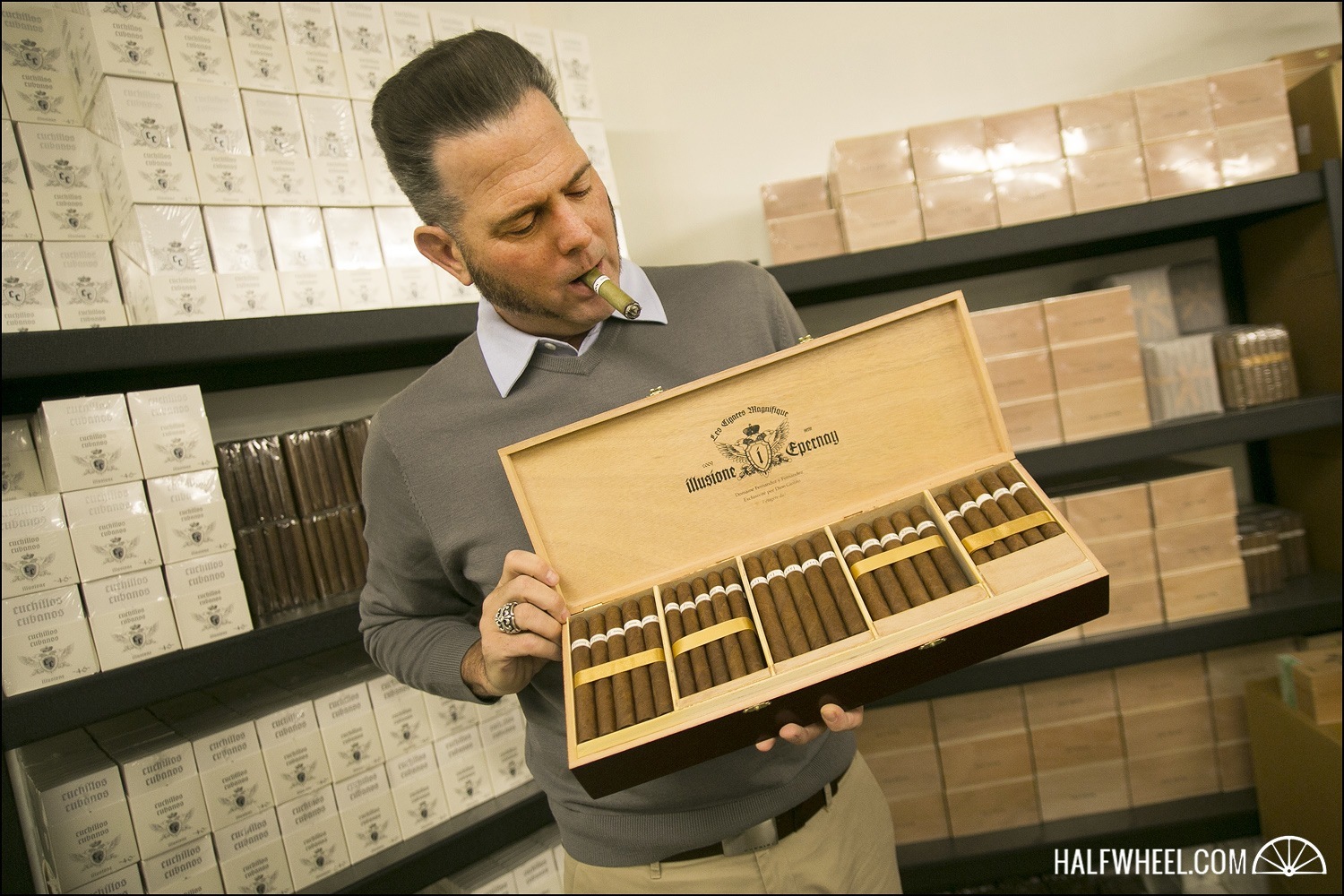 When the Epernay brand debuted in 2009, owner Dion Giolito toyed with releasing a “War Chest” that contained 15-count bundles of five different cigars rolled that year: Epernay Le Petít, Le Ferme, Le Elegance, Le Grande and ~eccj~, the cigar that serves as the base of Epernay. That never happened at the time, but the 1oth anniversary of the line is apparently the perfect time to finally release them. According to Giolito, between 14 and 17 of the chests have been made available to sales representatives across the country—two chests for each rep—to sell to clients in their specific territories.