In the front half of the hall and along one of the main aisle ways sat the Garo Cigars booth, which has steadily grown over the past few years and now feels and looks like it’s about three spaces wide by a single space deep, essentially about 30 feet by 10 feet.

I can’t remember a year when Dr. Garo Bouldoukian didn’t come to the trade show without at least one new line, and this year was no exception. In addition, there seemed to be a fairly steady stream of retailer talking with him and his son, Harout, who helps run the company in addition to being a practicing lawyer. 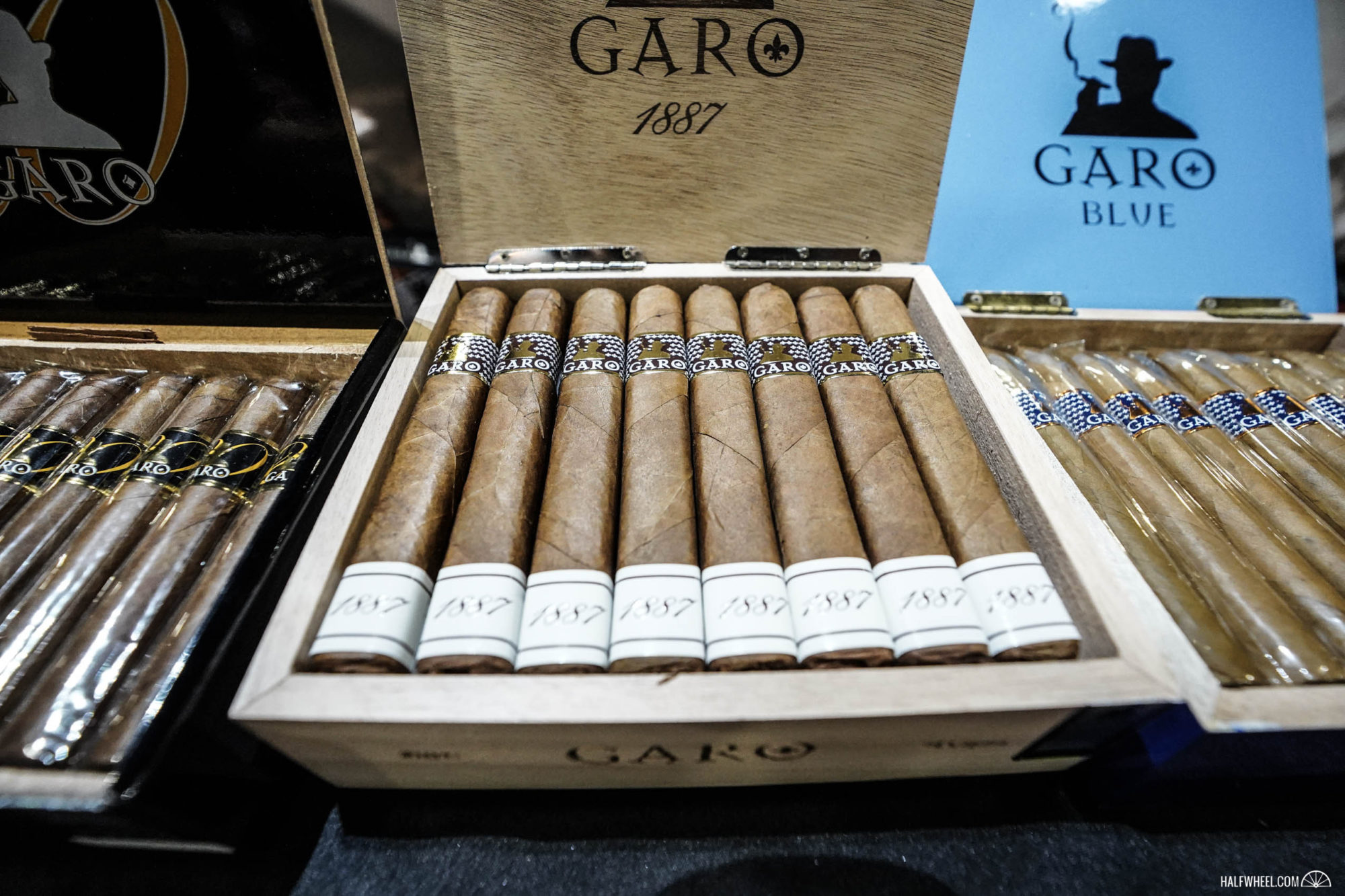 Honoring significant years in a family’s or company’s history is a time-honored tradition in the cigar industry, and the latest release from Garo does just that. The year references a migration of the family from Armenia to Argentina and the beginnings of tobacco involvement that has led to the current company. The packaging is clean and simple, notably coming in a natural wood cigar box, while each of the three sizes get a box-press as well. The company calls it a blend that sits in the middle of the flavor and strength spectrum.