Perhaps one of the most interesting booths I visit every year—certainly, one of the ones I look forward to—the Foundation Cigar Co. is always in the running for being the most unique installation as well. Owner Nicholas Melillo always puts on a good show, and the reggae music that greets you as you walk into the booth is a nice touch.

While the Foundation booth looked very similar to last year’s setup at first glance—including the amazing artwork that was on display—the company added a boxed-in room for meetings as well as a massive pyramid back to one of its display walls, which we used as the background for the video below. Released in the summer of 2017, the original Highclere Castle is a partnership between Foundation Cigar Co. and Highclere Castle Cigar Co. that sought to recreate an early 1900s style of cigar; i.e. the kind of cigar that would have been enjoyed by the ancestors of George Herbert, who is the 8th Earl of Carnarvon and current owner of Highclere Castle and its surrounding campus. Based on the original blend, this newest version of the cigar is named Highclere Castle Victorian and has changed every piece of tobacco other than the binder, but is being offered for sale in the same five vitolas and prices that the Highclere Castle debuted with. 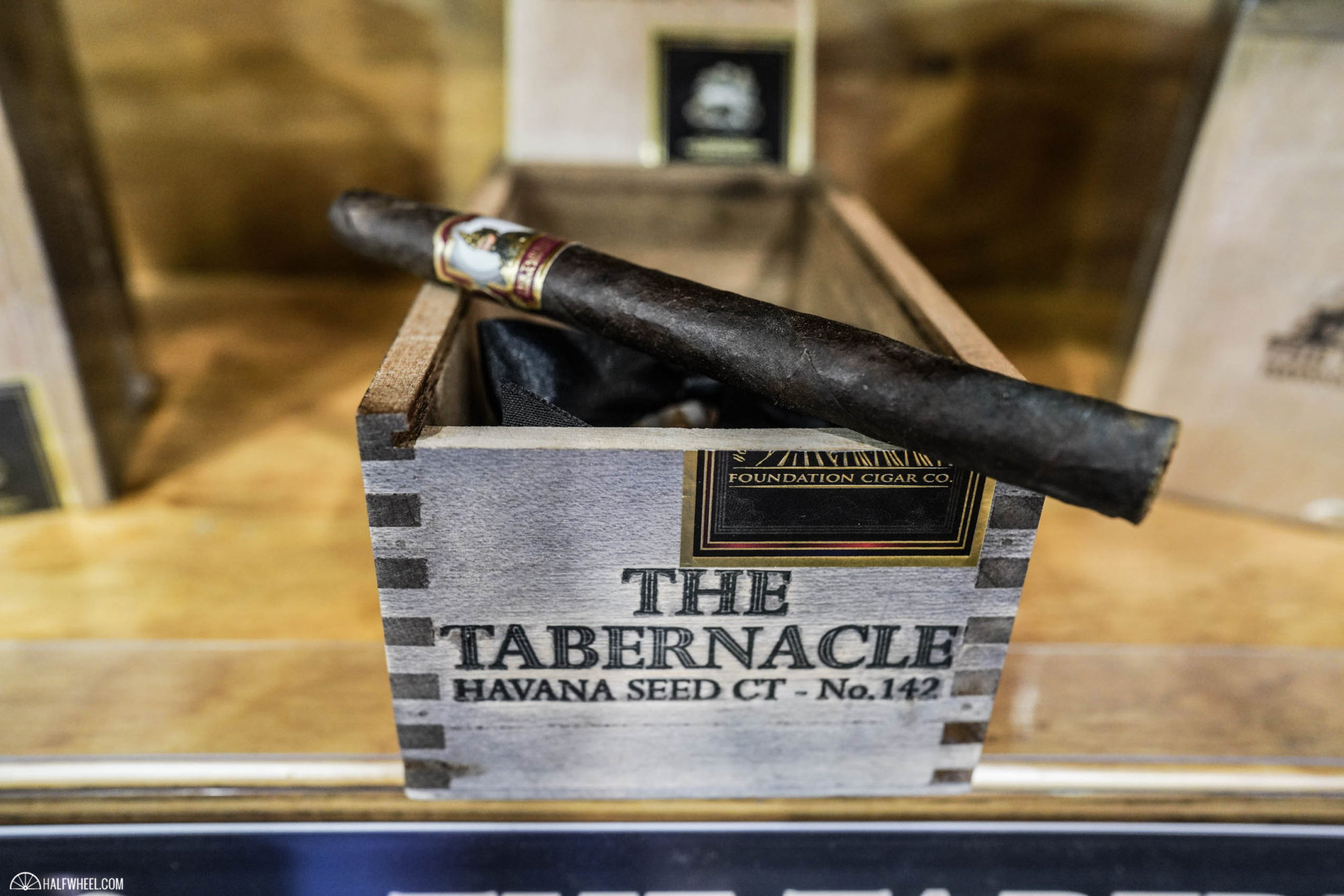 After debuting late last year with four vitolas, the Tabernacle Havana Seed #142 line is getting a lancero. Same blend, same 24-count boxes and it will be a regular production release as well when it starts shipping next month. Formally an event-exclusive release, the Menelik—which is named after the ancient ruler of Ethiopia who is said to be the son of King Solomon and the Queen of Sheba—remains the same 4 1/2 x 52 pigtail capped, pressed short robusto that was seen at events starting in 2017. Only 1,000 boxes of 12 will be released to retailers each quarter, with the first boxes scheduled to be shipped in August. Finally, Foundation’s The Upsetters line that debuted in 2016 is getting all new packaging, with designs from Colectivo Atol, the Nicaraguan-based artists who created the artwork for the cigar company’s trade show booth last year. The new packaging is inspired by famous Jamaican musicians and each cigar other than the 4 x 32 Ska vitola will now include a secondary band.