Although the EH Cigars booth was a bit difficult to find, when I got there I was thrilled to see owner Edgar Hoill showing off a brand new size in his OSOK San Andrés line, which is made up of 100 percent San Andrés tobacco sourced from Mexico. The name OSOK stands for One Shot One Kill, a reference to Hoill’s time as a photographer. 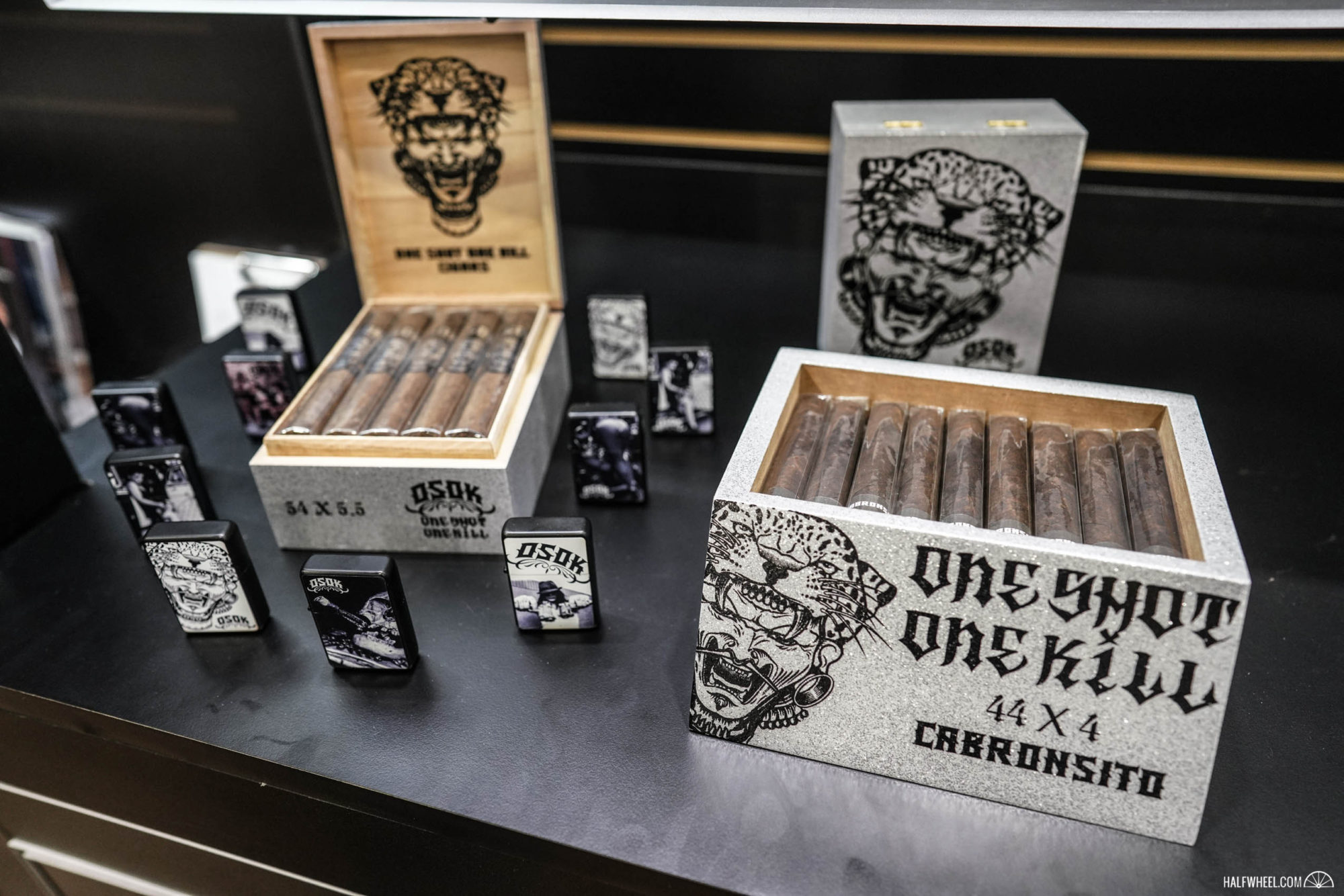 As was the case last year, EH Cigars was located in Casa Turrent’s booth, basically taking up one shelf on the side. Hoill was also giving out free samples of tequila from a small barrel that I was more than happy to try. 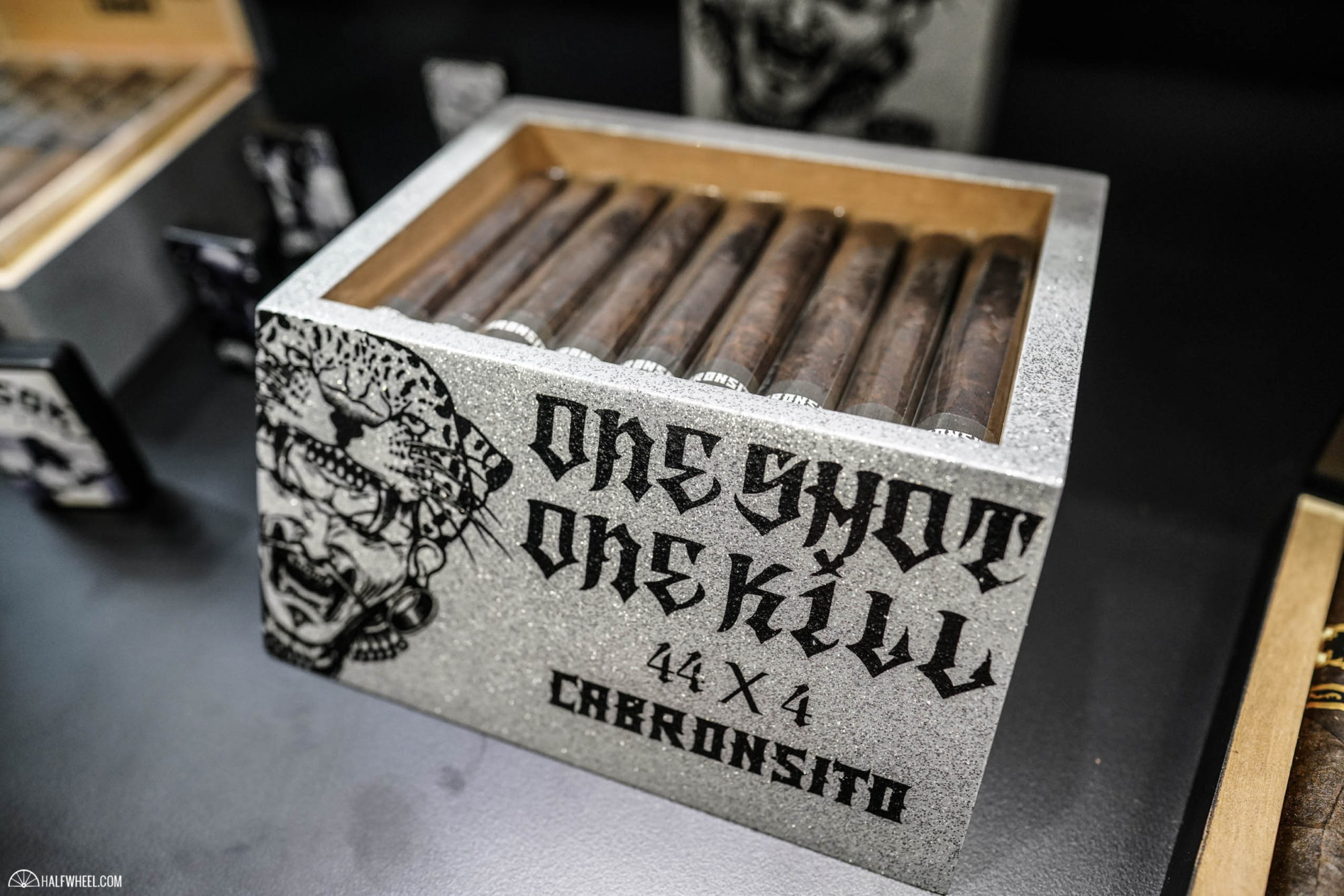 While Hoill introduced the San Andrés line to his OSOK brand in 2018, this year saw the addition of a much smaller vitola in the line, namely a 4 x 44 petite corona named Cabronsito that is packaged in boxes of 50. According to Hoill, the newest vitola of the blend made up of 100 percent San Andrés tobacco from Mexico will be a limited production release and will be sold to only 50 retailers starting next month.