If you polled a random selection of attendees entering the IPCPR Convention & Trade Show this year about which booths they wanted to see the most, you would probably end up with a number of different answers that include Altadis U.S.A., Arturo Fuente, Davidoff, General and Foundation. However, near the top of most people’s list would most likely be Steve Saka’s Dunbarton Tobacco & Trust, which is showing off two brand new lines.

While the booth is open on three sides, the front of the booth features Saka’s well-known cigar-smoking Sasquatch statue next to a case that is showing off the new Unicorn display tray. While it was no surprise to me that this was one of the busiest booths I visited during this year’s show, even I was a bit taken aback by the amount of foot traffic I witnessed each time I walked by. 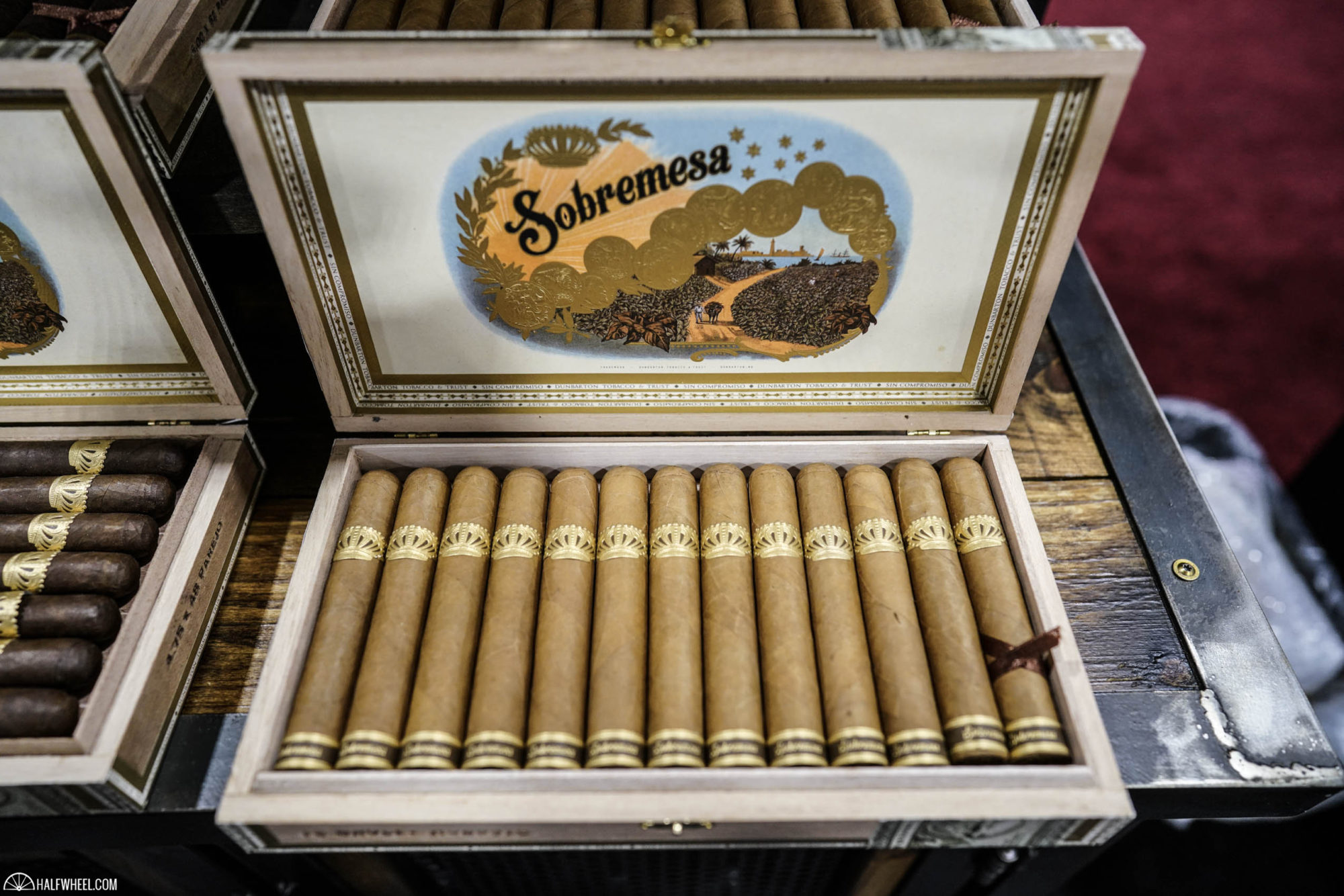 The Sobremesa Brûlée is Saka’s attempt to create a milder Connecticut line as opposed to the stronger, new-age Connecticut blends. Interestingly, the 6 1/4 x 60 gordo vitola includes a 109-style cap, which makes the large ring gauge cigar easier to smoke. After releasing its 3 1/2 x 50 Mi Querida Firecracker last year as part of Two Guys Smoke Shop’s Firecracker Series, Saka has expanded the line with the Triqui Traca, which takes its name from a local Nicaraguan slang word used to describe oversized firecrackers that are connected by fuses in long strings. The new release is based on Dunbarton’s Mi Querida blend, but replaces the traditional Connecticut broadleaf wrapper of the blend with rarer No. 1 Dark Corona and adds “a unique, high octane ligero grown in the Dominican Republic” to the filler. The $100 Unicorn is back, but this time there are more of them—1,000 are now being produced and released every year—as well as a new display tray which holds seven of the individual coffins. Retailers have to purchase seven of the coffins in order to get the display tray, and the newest release of the Unicorn are shipping to retailers now. There is also new branding for Dunbarton’s Todos Las Dias line, including streamlined boxes and new silver on black color scheme. The new version of the packaging is shipping to retailers this month. Finally, Saka showed off a “prototype” of a cigar cutter that he says he was thinking about producing. It is small, it is cute, and it does not cut cigars the way most people are expecting. Also, it will be expensive.