I’ve gotten intimately familiar with Cavalier Genève over the last 18 months because it’s one of the few cigar brands based in Dallas. Last year, Cavalier took back its own U.S. distribution as Sébastien Decoppet, the brand’s founder, moved from Switzerland to Texas. That being said, Decoppet and I hadn’t spoken about what his plans were for the trade show, so I was a bit surprised to see the booth the company had. I’m fairly certain this is a pre-fab booth that is offered for rental by the trade show services company, but it’s also not a small investment and the overall look is nice. 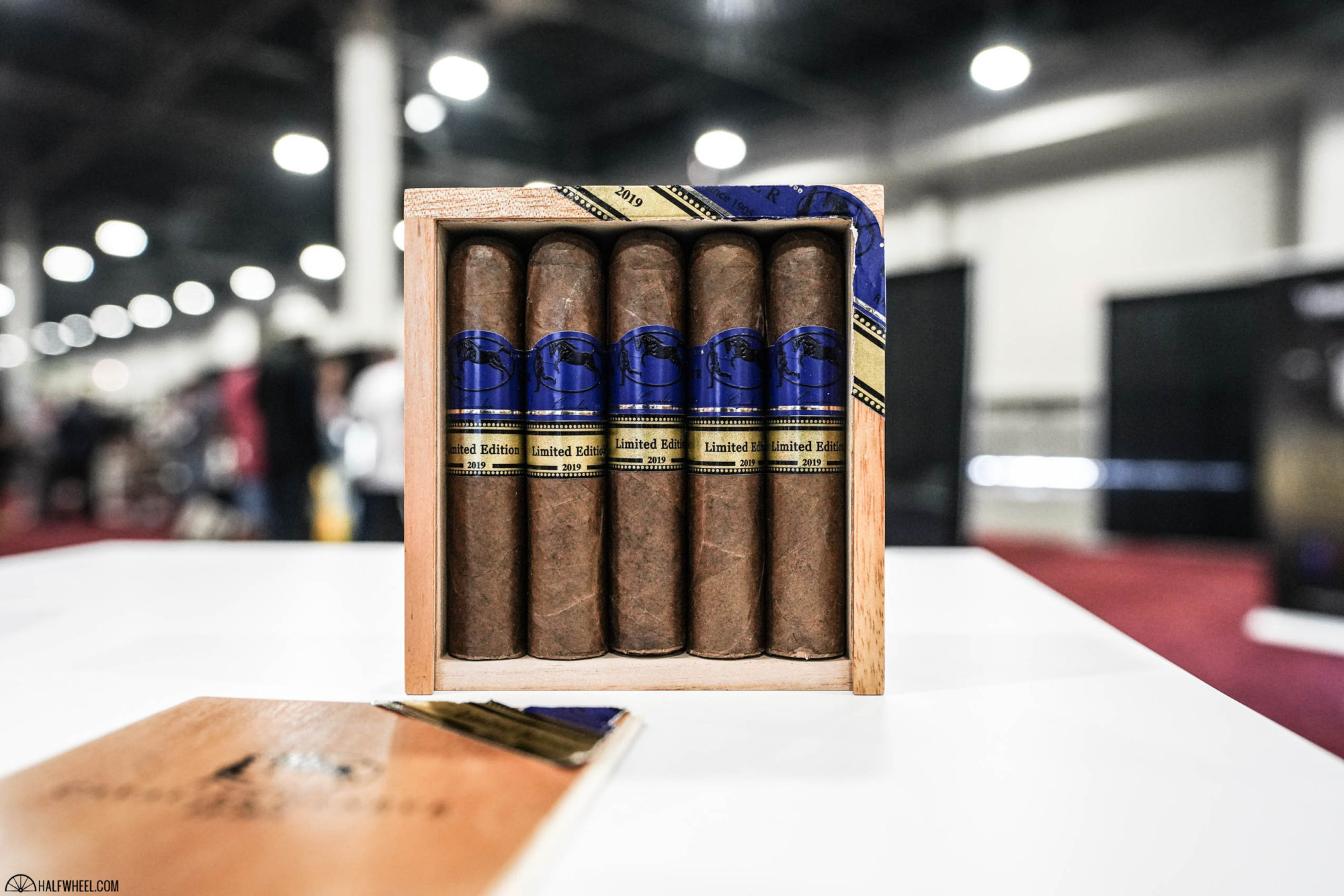 The 95-point rating that the Limited Edition 2018 earned earlier this year in a redux review was proudly plastered on the outside of the booth. As for the 2019 version, it would appear it’s not just the remake of last year’s. Unfortunately, Decoppet isn’t disclosing the blend. This is a new size for the White Series. It’s not a limited edition, but production will be limited. The Salomones is not new but hasn’t been offered in the U.S. for a year. It also isn’t a limited edition, though production will be limited. Cavalier has added a footband and a logo to the box, which indicates that this release is only sold in the U.S. While the packaging is new, the Black Series has only been sold in the U.S.