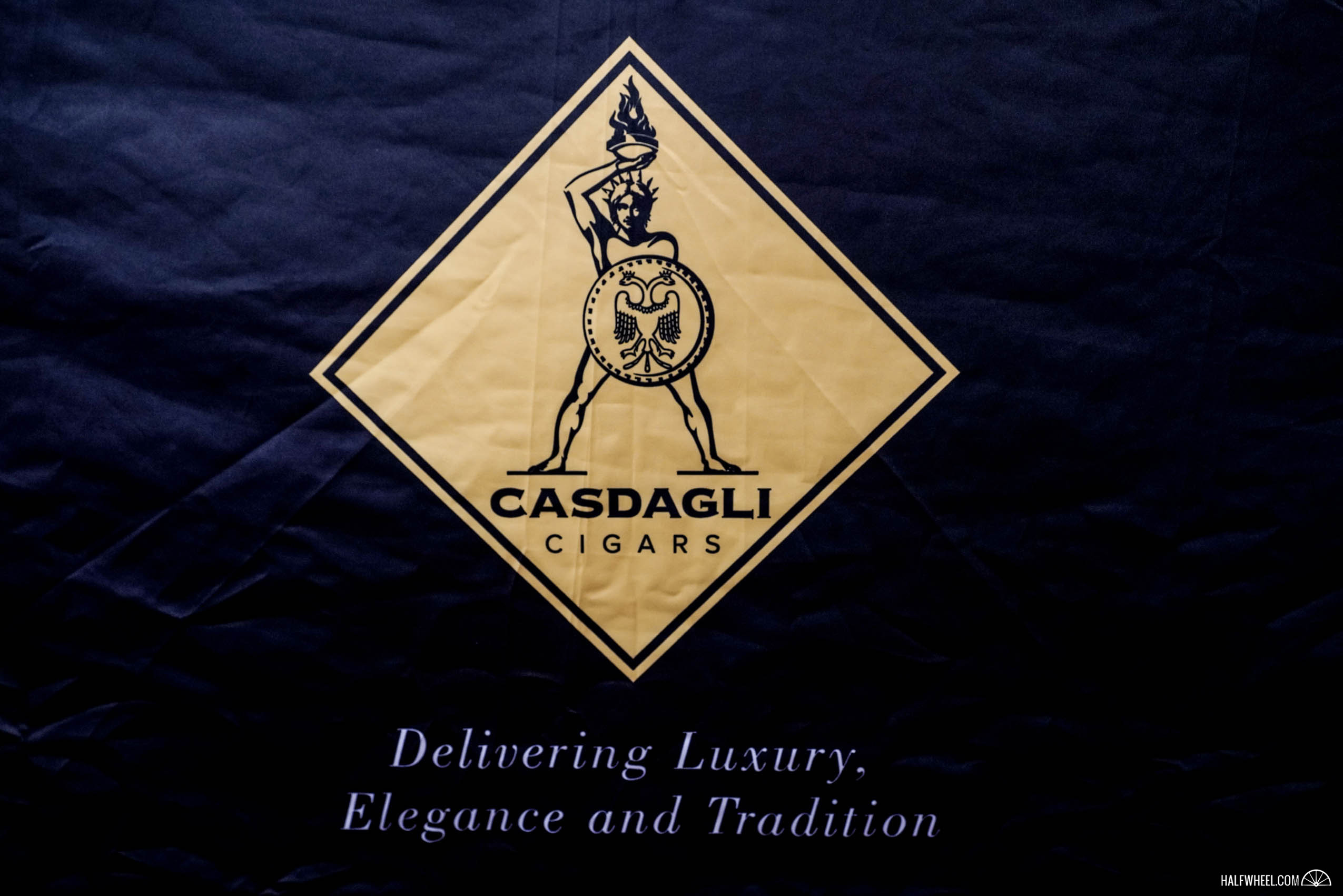 I’ve passed by the Casdagli a dozen or so times in the first two days and have struggled to find time for a quick meeting. The company, formerly known as Bespoke, seems to have gained an audience that was difficult to imagine a few years ago. As for the booth, Casdagli is now in its own space. It’s a simple layout but it seemed to be rather effective given the foot traffic. Daughters of the Wind Lancero

As with many lanceros, Jeremy Casdagli made this cigar for himself and it will now head to stores, though Casdagli said he was still hoping to get feedback from retailers before signing off on the production version. Daughters of the Wind New Packaging

The Daughters of the Wind line is now sold in boxes of 12 with new bands. It began shipping to retailers in mid-June. The company is launching the Villa Casdagli Collection, which includes this ashtray, made in Portugal out of Portuguese porcelain by a company that specializes in such custom pieces and which has done work for luxury hotels. The pattern adorning these ashtrays is directly drawn from the original wallpaper decorating the Byzantine style reception room of Villa Casdagli, which is used throughout other exercises including the humidors from last year. The Villa Casdagli Collection’s ashtray is complemented by a XIKAR-made cutter, which also features the same pattern. I’ll admit that if I had to guess the ashtray would be $125 and the cutter would be $90, but I digress.