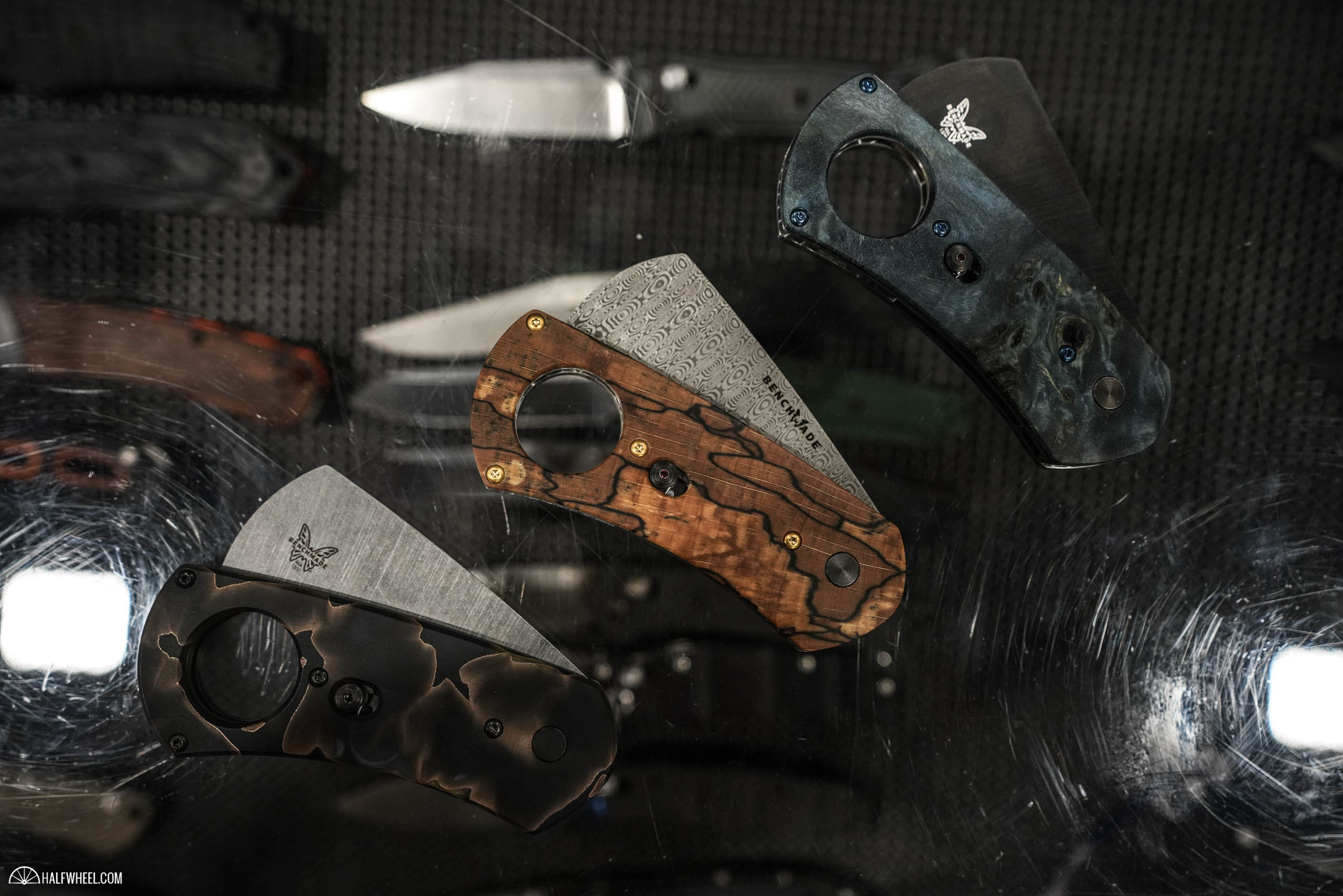 Thursday night, i.e. the night before the trade show started, I got an email from Benchmade, the famed American knifemaker. Last year, the company introduced its first cigar cutter, a beautiful $1,000 cutter that didn’t cut well. I wanted to talk to someone at Benchmade to see if Brooks and I had approached cutting cigars the wrong way, which apparently I’m not doing. 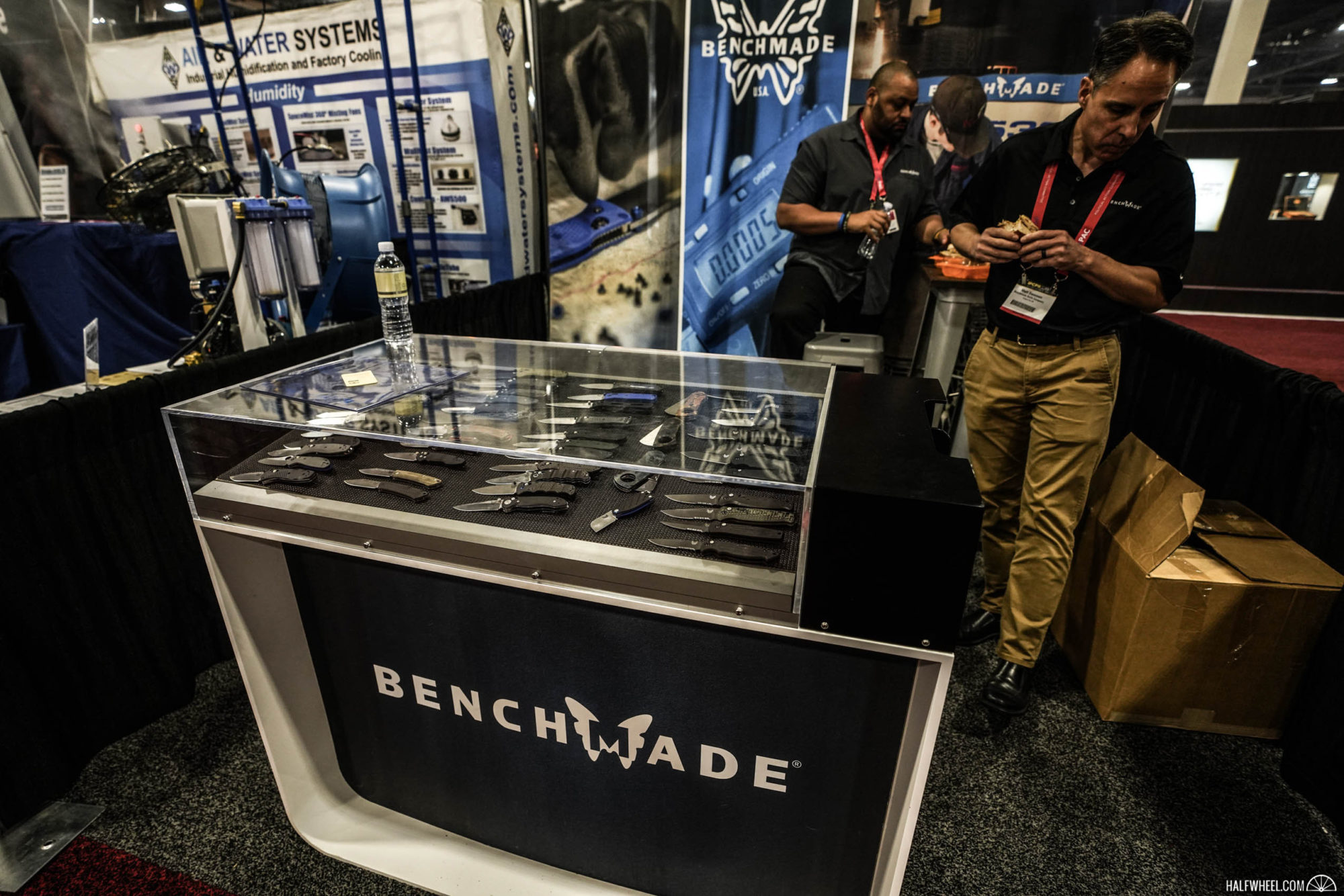 Benchmade’s email announced a trio of new designs of that cutter, which gave me even more of a reason to seek out the company’s booth. Benchmade had a small 10 x 10 booth with a singular display case full of the company’s products. I got there during lunchtime, which was sandwiches. 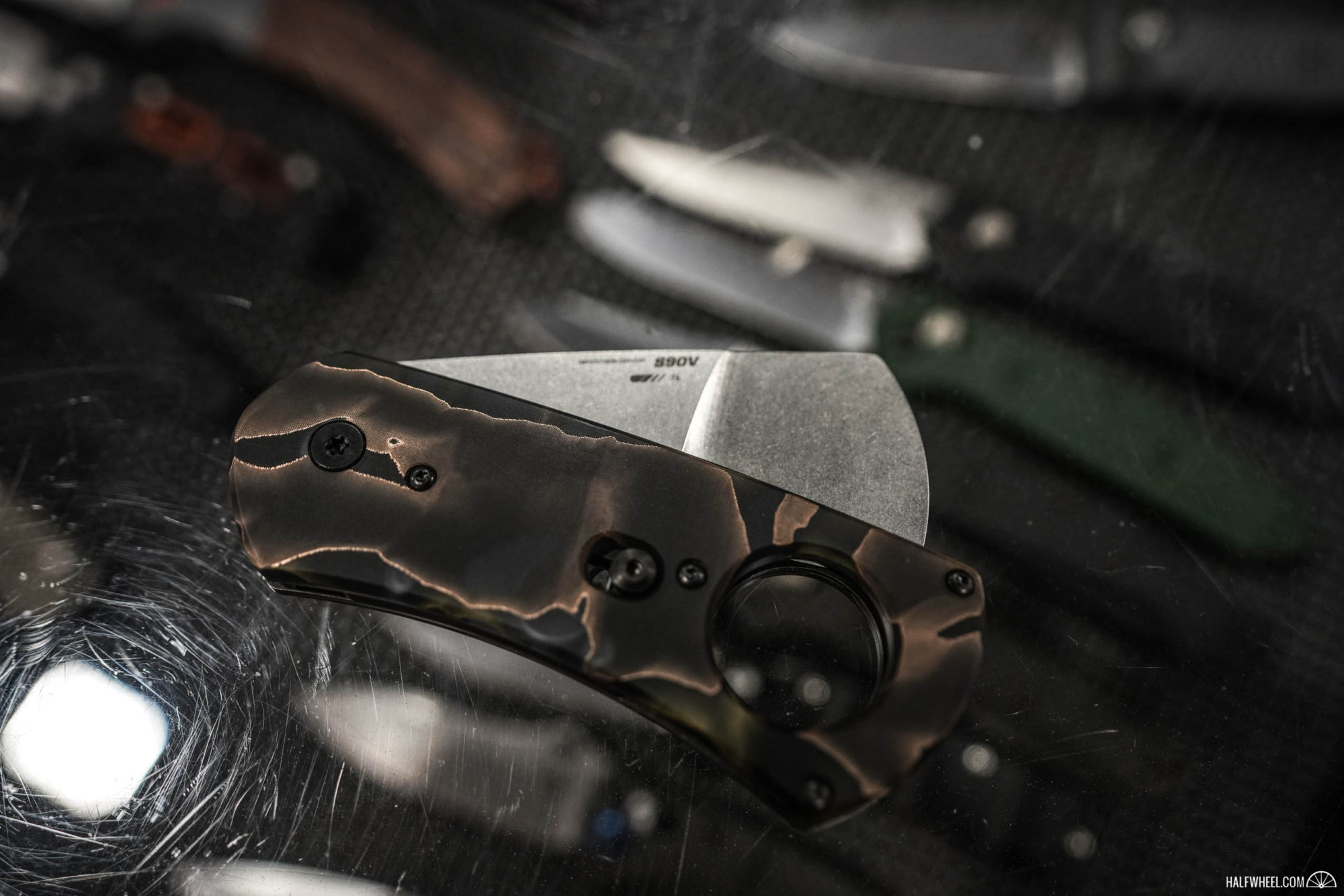 At $450, this is the least expensive cigar cutter Benchmade has introduced. It uses the same design as the 1500-181, however, some of the materials aren’t as premium. The blade is identical with the company’s S-90V used. The differences between this and the original include the lack of carbon fiber, the sapphire and the white gold. 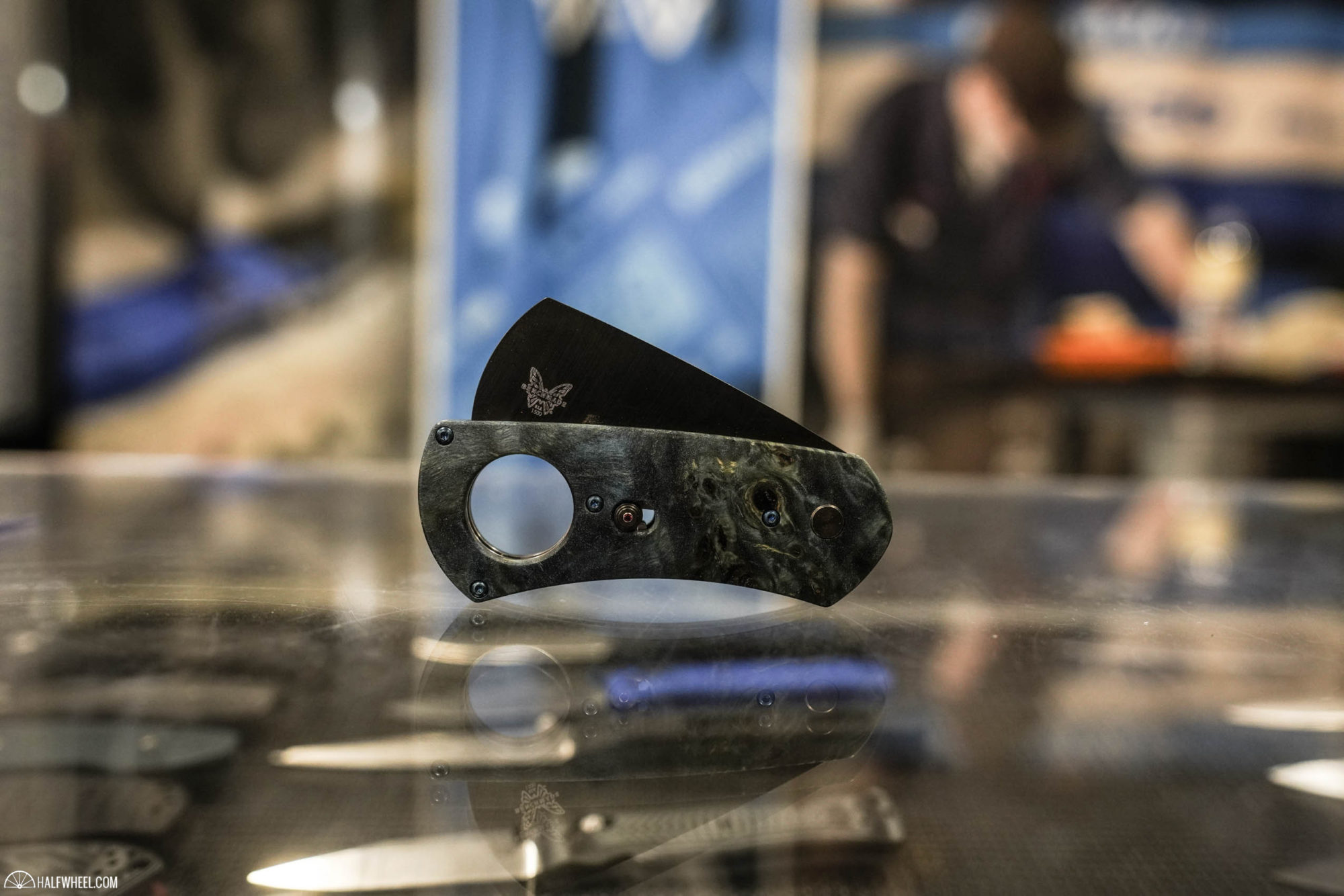 This might look quite similar to the original 181 cutter, though it’s not. It uses a raffir triple stabilized blue poplar burl wood for handles. I was told at the booth this wasn’t for sale, though it looks like it will be priced at $900. 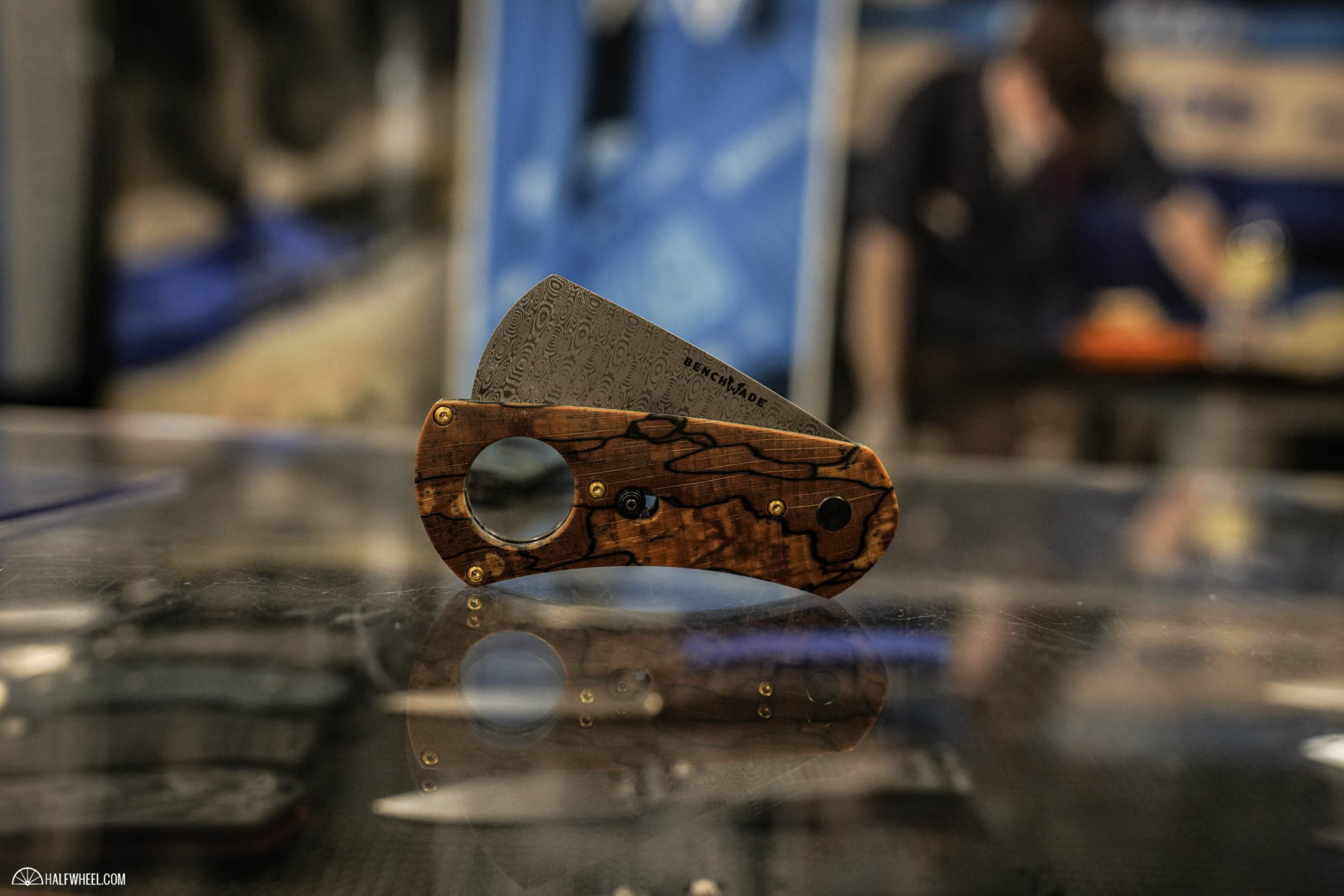 This cutter uses raffir triple stabilized spalted beech woood for the handles, though the more notable change is the blade. It’s made of Damasteel, meaning it carries a Damascus-like pattern. I also like some of the darker accenting hardware.

So far, all of the Benchmade cutters have been part of the company’s Gold Class Series, essentially a series of custom pieces that have a price tag to match. Next year, the company will release a non-Gold Class Cutter. It will still be expensive, but it will be substantially less than even the $450 191 cutter. It uses the same basic design but will likely be less handmade.

I was told by one of the employees that Benchmade is planning a dual guillotine Gold Class cutter for next year, something I’m really looking forward to.