Asylum is part of the CLE Cigar Co. booth again this year, though the photo op wall is for an Eiroa cigar and not a straight jacket like last year. Just because Asylum didn’t have a straight jacket doesn’t mean it is lacking new releases, quite the opposite in fact. Asylum has a new line, a new anniversary cigar and to round it out they have a new brand that falls under the Asylum umbrella. Since owner Tom Lazuka was busy with customers, as the booth was quite busy despite it being an early stop in the day for me, marketing director Raul Flores was happy to show me the new stuff, especially since he had a hand in some of the great looking designs. 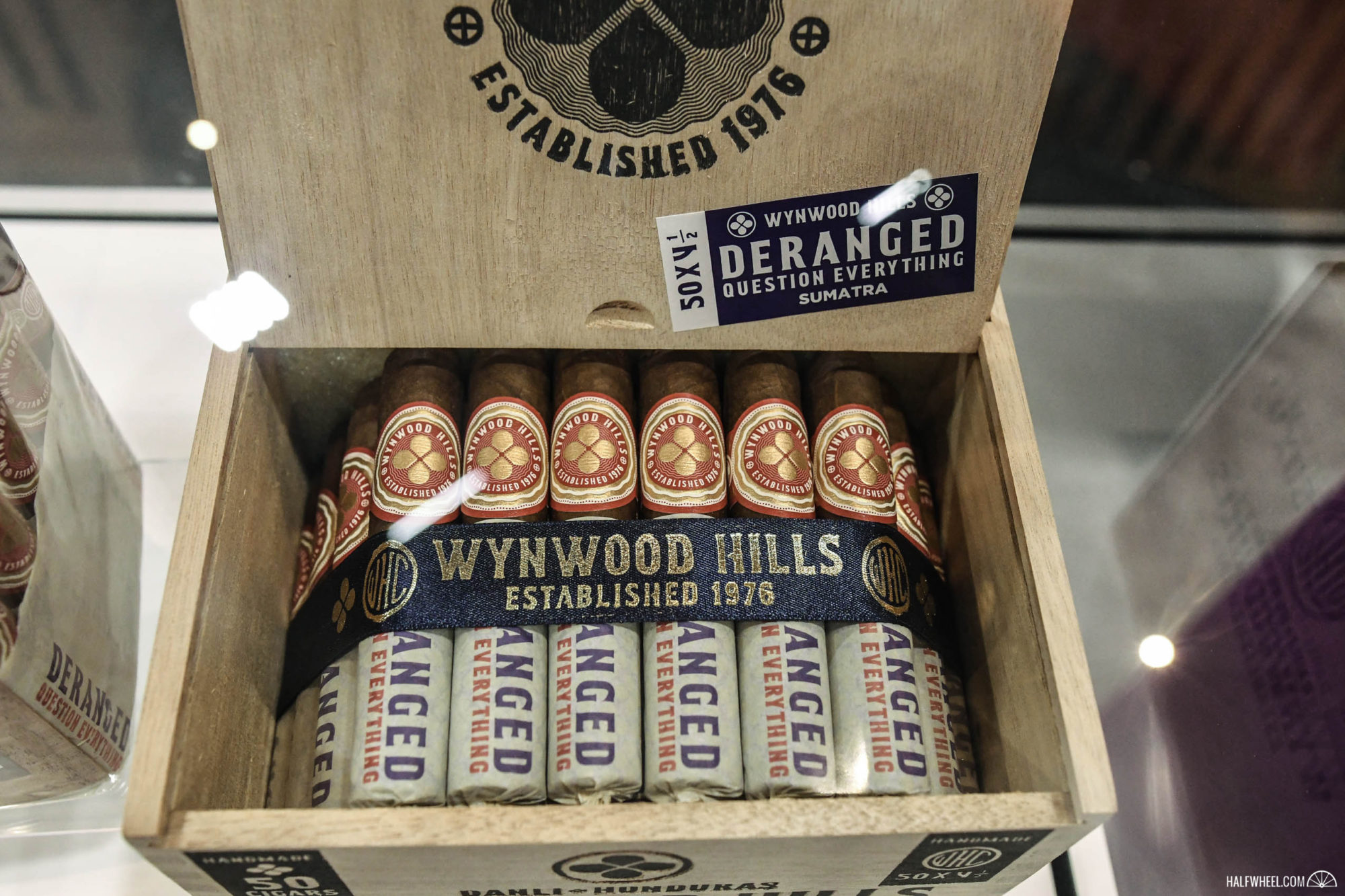 Originally this brand was to be called Waverly Hills after the famous haunted sanatorium, though because of trademark issues was renamed Wynwood Hills. The logo WHC on the ribbon is still fairly reminiscent of the Waverly Hills Sanatorium WHS logo, as a nod to the inspiration behind the idea. While all three lines have the same two sizes, pricing, filler and binder, the wrapper is different for each one. In addition to the boxes, there is a tray that will fit all three blend’s 6 x 60 sizes available for retailer display. This is the Corojo wrapped version. 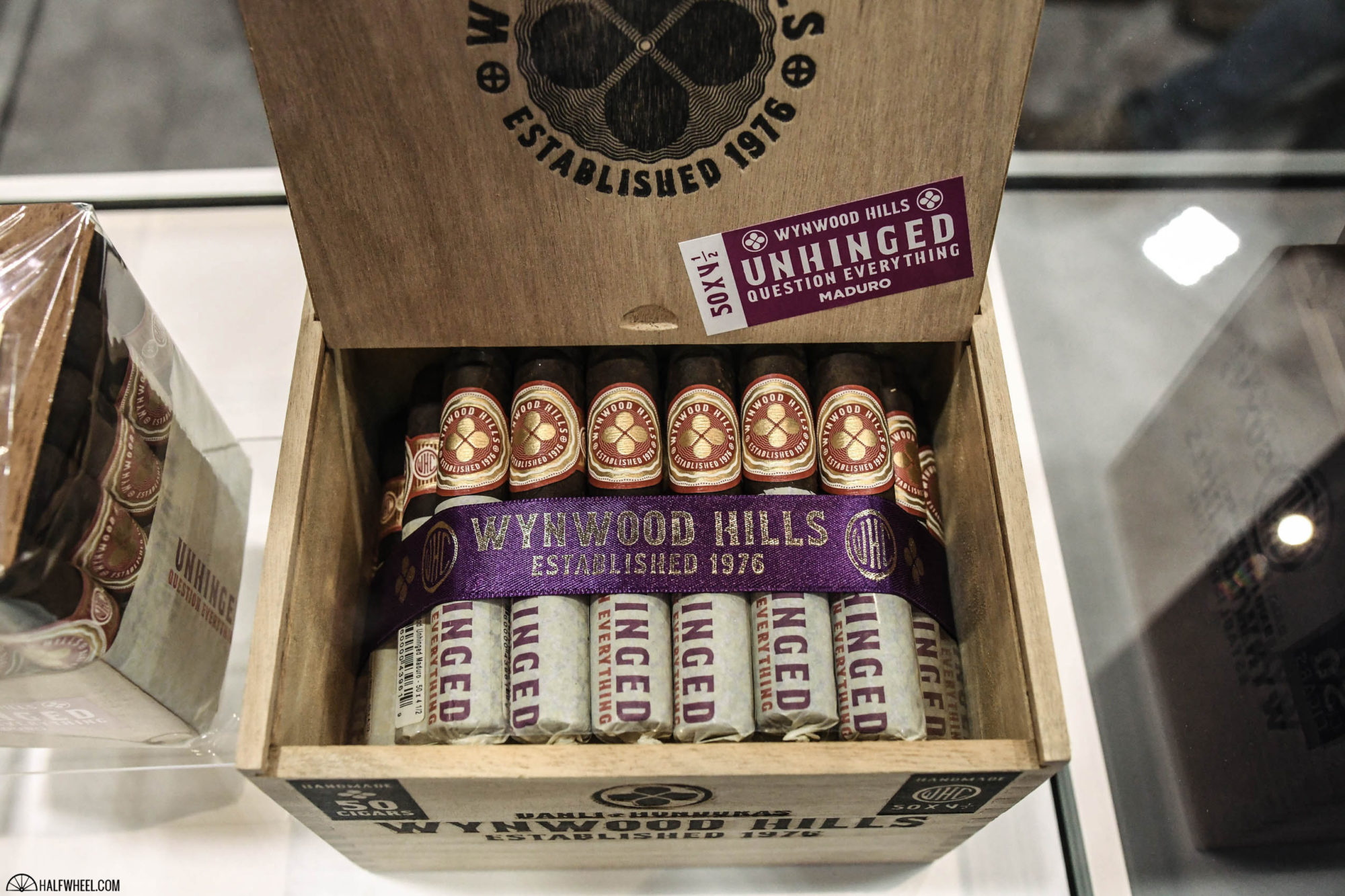 And finally the Connecticut broadleaf version. 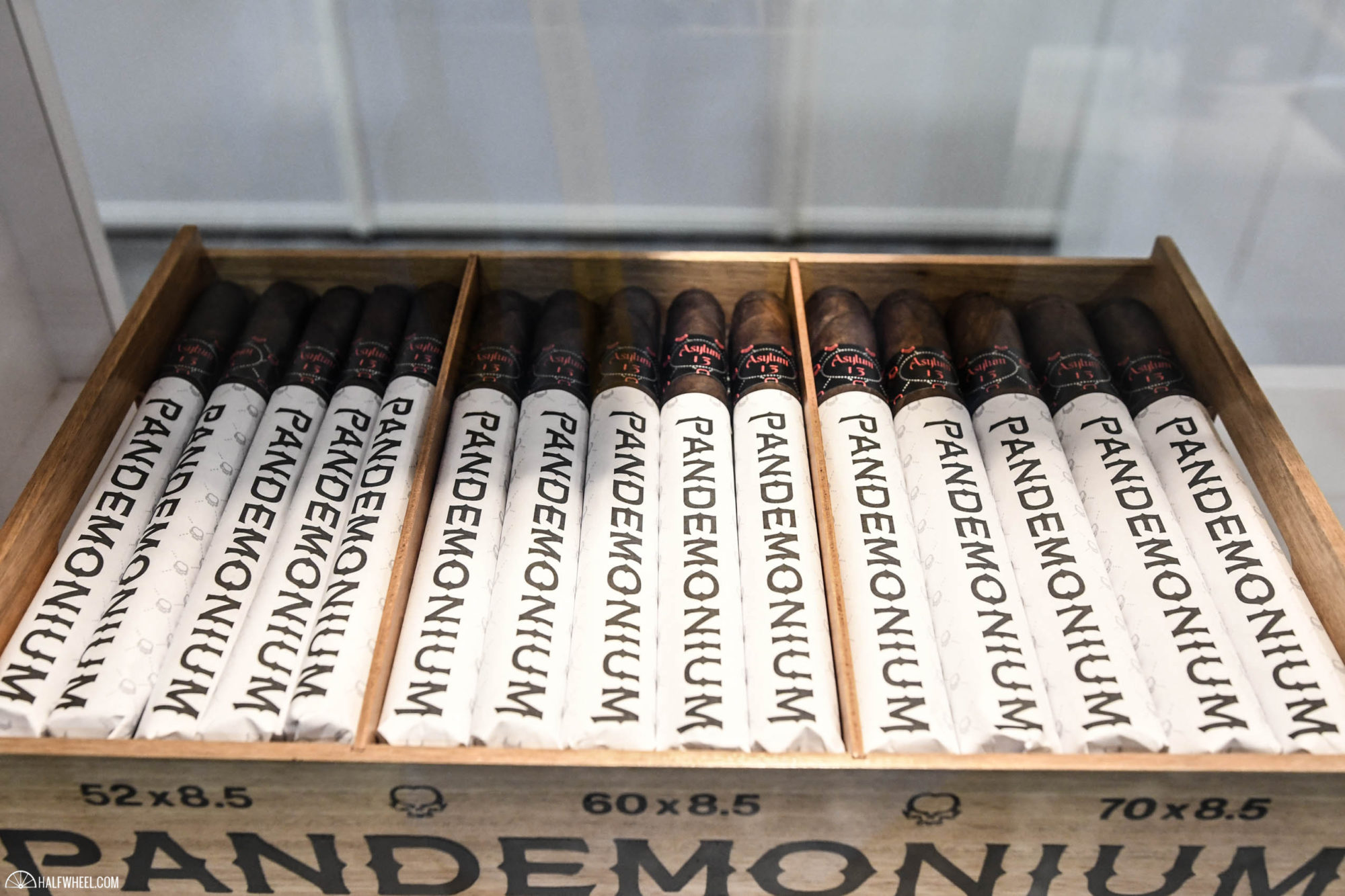 The Asylum Pandemonium is the brand’s strongest and boldest cigar to date. It’s a Nicaraguan puro made in Nicaragua and each cigar is the same length, with just the ring gauge changing. 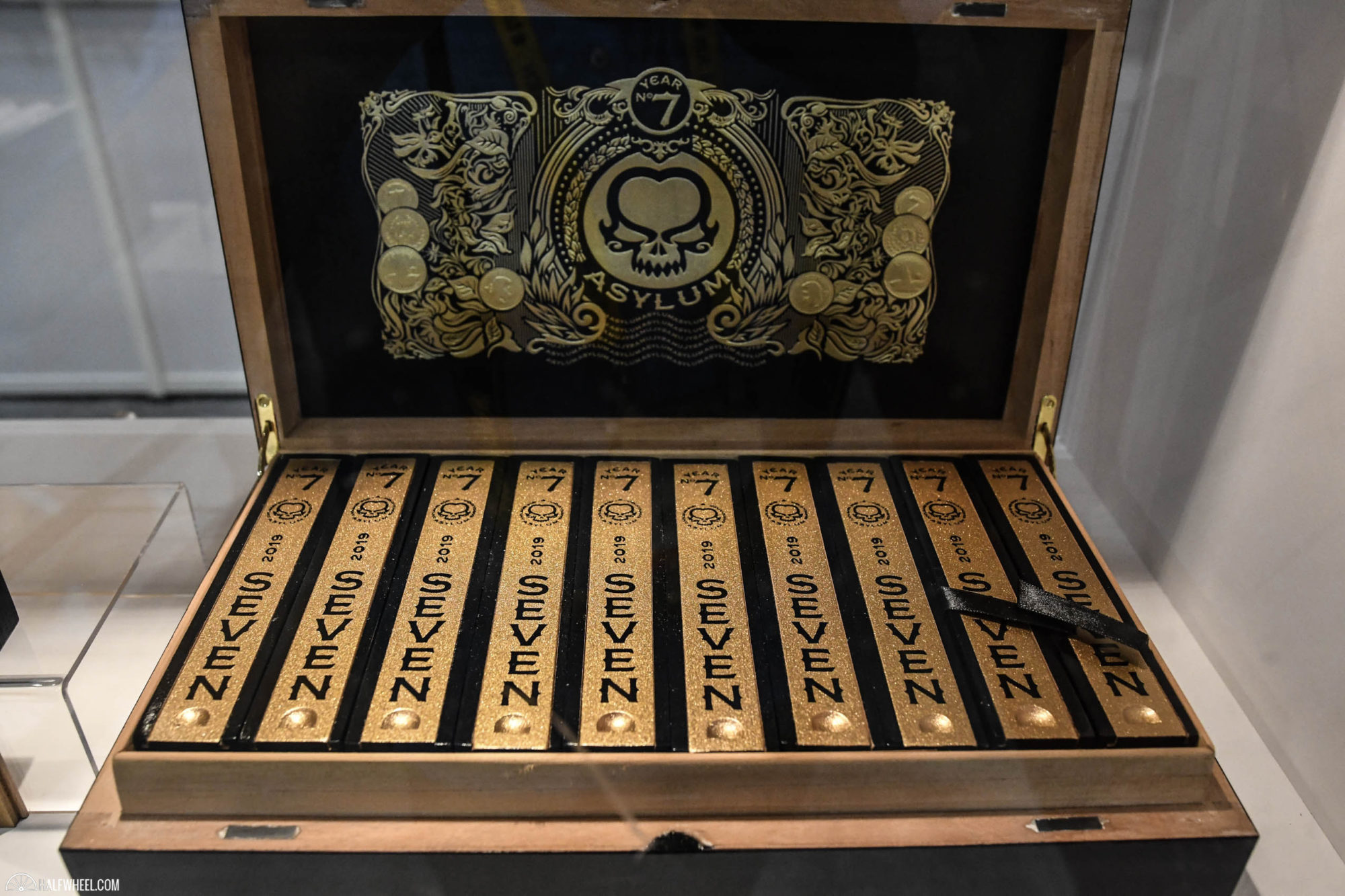 Celebrating seven years in the business, Asylum is releasing a special edition called Seven. It will come in two sizes with each cigar coming in an individual coffin. Lastly, the Asylum 13 Connecticut and Corojo are getting a packaging update, bringing the look more in line with most of core CLE products.