AGANORSA Leaf has one of the more unique strategies for IPCPR 2019: three new cigars that all use the same wrapper. Beyond the wrapper choice, it’s a bit challenging to see that all three cigars are connected in any way and I’m curious to know how retailers react to the Jalapa Corojo 99 shade grown maduro wrapper on everything approach. Unfortunately, I probably won’t know for a few days how this goes as AGANORSA Leaf was the first booth I went to. Despite the early morning start—before most atendees were let in—the booth was quite busy. The booth is relatively compact, but it seemed like just about everyone was talking to customers and there were more coming in as I exited the booth. Some changes include new artwork on the walls, continuing the modern refresh for the brand. While it says Signature on the band, I’m not sure this release is actually the main showcase for the brand at the trade show. Part of that might be due to the fact that it actually shipped to retailers a few weeks ago, but regardless the follow up to the successful AGANORSA Leaf Signature from last year and the cigar I’m most interested in trying from the booth. 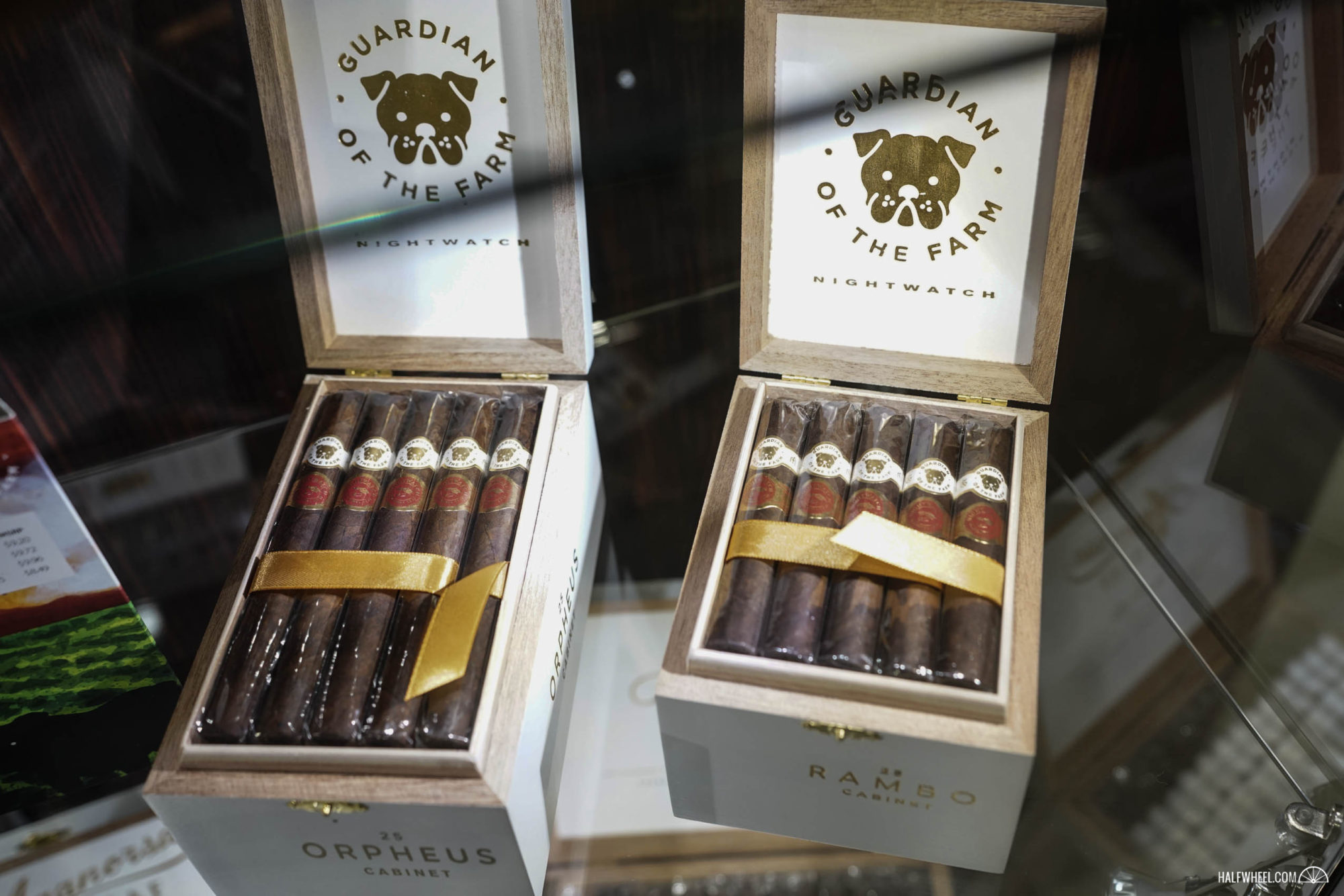 Guardian of the Farm Nightwatch

If there was a signature release, it’s Nightwatch. The Nicaraguan puro is the latest in the Guardian of the Farm series and immediately makes me think of Game of Thrones. I’m a big fan of the packaging, though it really struggles to show up well given the lighting. The Flying Pig-looking line also uses the aforementioned wrapper and is the most affordable of the bunch, at least from a size of cigar to value perspective. I have a feeling the El Gran Loco size will do very well, though , given my aversions to the smaller, rounded double perfectos, this is probably the new frontrunner for the vitola I would least like to smoke. If you are like me, you will probably think to yourself this looks the same as last year. But it’s not, this version is box-pressed. Still super limited, still made by one roller in Miami. 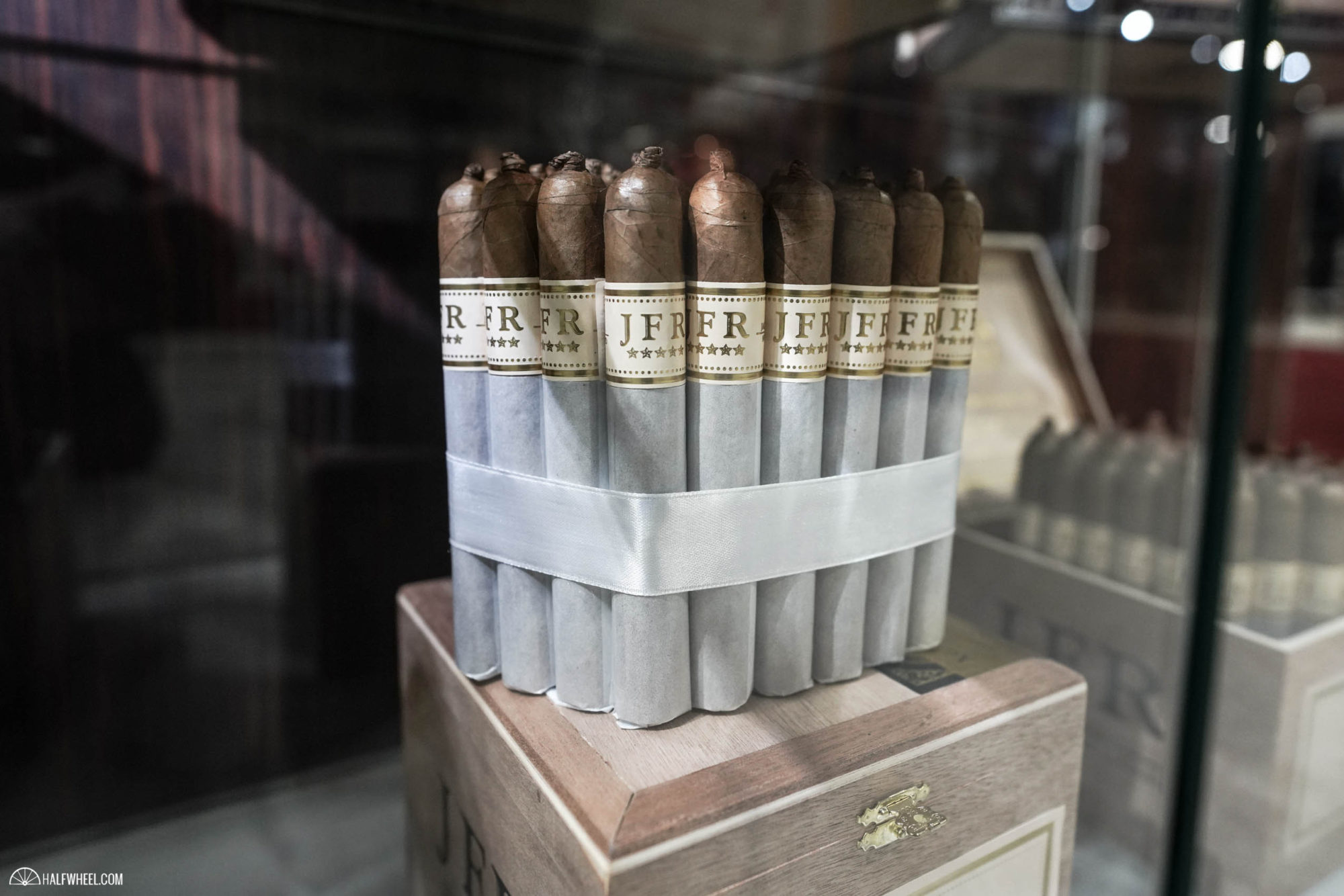 The JFR Connecticut gets new packaging that looks familiar to the rest of thee AGANORSA Leaf portfolio.