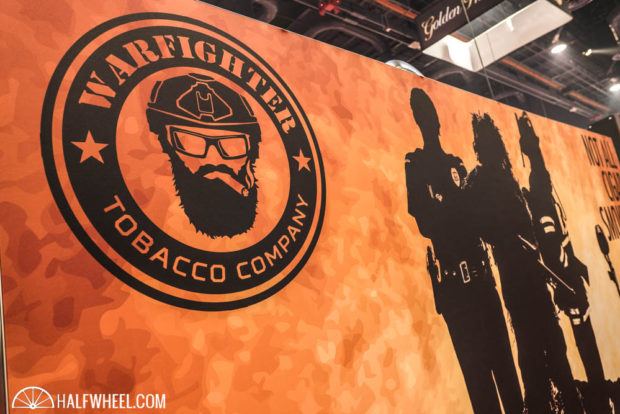 Although Warfighter Tobacco Co. debuted at the 2017 IPCPR Convention & Trade Show by launching six cigars—all of which were blended by David Blanco of Blanco Cigar Co., who is also a veteran, and all of which are named after specific caliber bullets—the company did not have anything new at this year’s show. In fact, Warfighter told me that it is concentrating heavily on picking up more new retailers and supporting its original lines, although there are plans for new cigars at next year’s show.