Although Serino Cigar Co. was added to our list of companies that did not have anything new to show off at this year’s IPCPR show, that is only telling part of the story. While it is true that Serino did not officially debut anything new, the company had some hints on an upcoming release, including a band design that customers can vote on.

Booth-wise, Serino’s space was pretty much the same as last year—i.e. it was located inside of the APS Distributors / Nino Vasquez booth—although there was one big change: this year, the big booth also included Bespoke Cigars, which Charlie covered in detail here. In addition, Carson Serino, the company’s vice-president, told me there is a possibility that the company may have its own booth at the show next year, although it is definitely still up in the air at the moment. 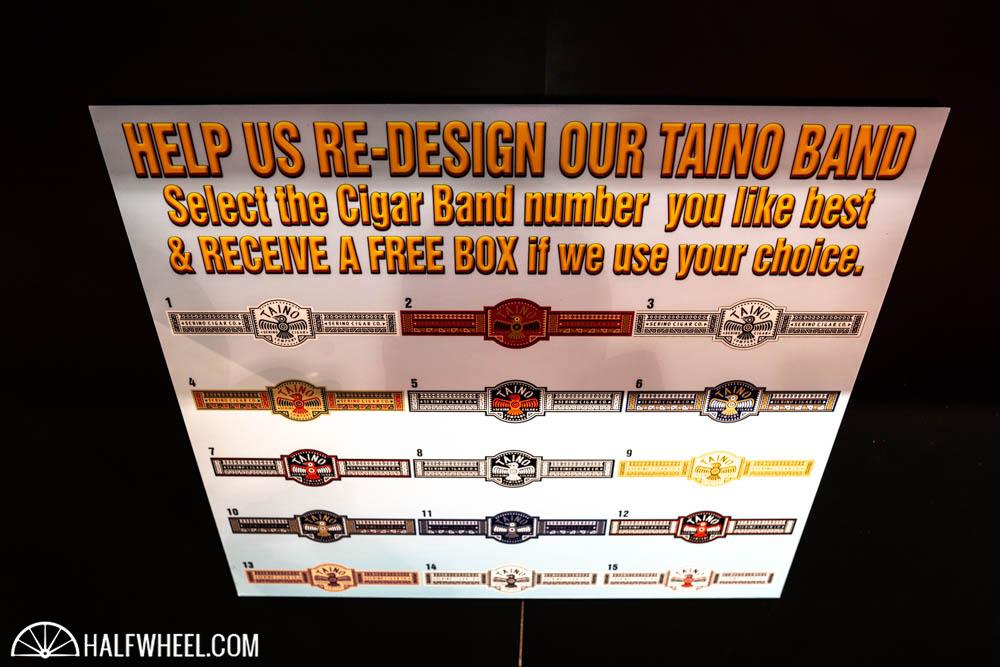 While Serino was willing to talk about a new product that is coming down the pipe, the company had nothing to show of it other than an unbanded cigar and a mockup of the band. Named Taino—after the first ever historically recorded Indian tribe that cultivated tobacco—there are two blends scheduled to be released at some point in the future. The first blend will be a milder blend with a habano medio wrapper from Ecuador that will be released later this year in three violas ranging in price from $8-$11 and fans can vote on which specific band design they like best on the company’s Facebook page.