If Matt Booth was back last year, he’s really back this year, starting with his own booth—last year he was in the Caldwell booth—and not just a recently released full line, but that line’s first extension. It took me two days of dropping by Booth’s booth to get to talk to him, but I finally did and got the rundown of new stuff coming down the line. 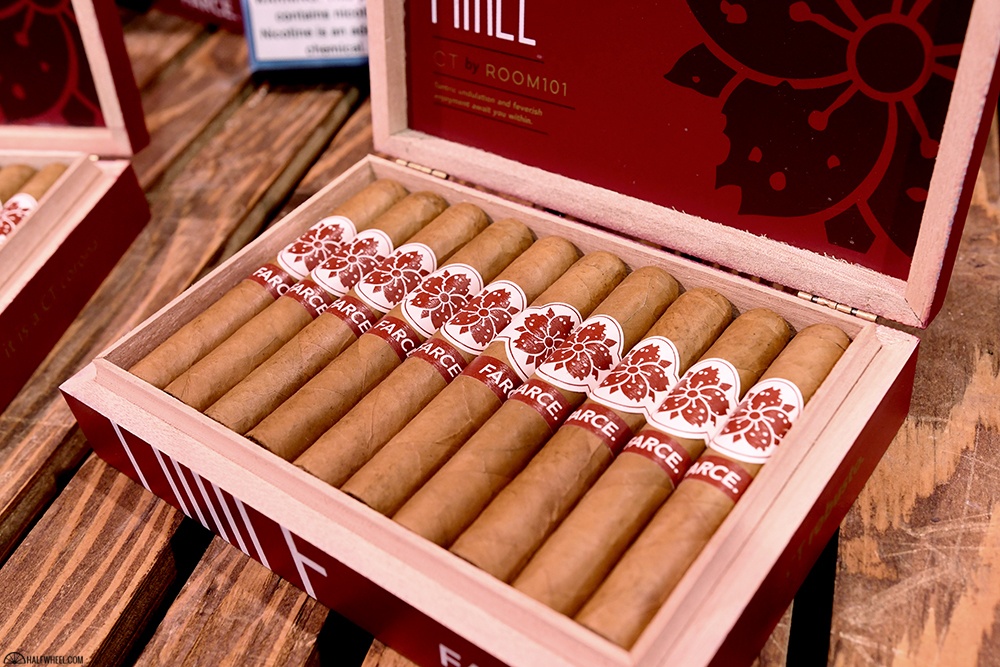 In mid-May, Matt Booth fully released Farce, his first solo line since departing Davidoff. Now, he’s releasing the Farce Connecticut—or FarceCT if you prefer—the first of what could likely be two line extensions. The follow up to the Matt Booth and Robert Caldwell collaboration Hit & Run, is the aptly named Hit & Run Part Deux (Rip&Dip). The second blend getting the Connecticut treatment is The T, a collaboration between AJ Fernandez, Matt Booth and Robert Caldwell.