While readers of this site might be more familiar with Ventura Cigar Co. than its parent Phillips & King, or even its parent Kretek International, the reality is Ventura has a booth inside a much larger booth containing a lot of other businesses. Phillips & King is a massive specialty tobacco distributor that distributes Ventura’s products, Djarum, Cuban Rounds, pipe tobaccos, e-cigarettes and even other company’s brands like Drew Estate or General Cigar Co. It’s a company that many smaller shops go to when they cannot get accounts with the manufacturers themselves or when their orders aren’t large enough for it to make sense to order direct.

The Phillips & King booth seems smaller than in the past, but a quick check of the maps suggests that that’s just perception. Ventura was occupying part of a corner within the booth, which isn’t different than in years past, though the display was focused on three lines more or less and a bit more spaced out. One thing about the P&K booth is that it’s busy. People constantly flowing in and out, others like Guillermo León there for a meeting and tons of sales reps. It’s an energy I rarely find in other booths. 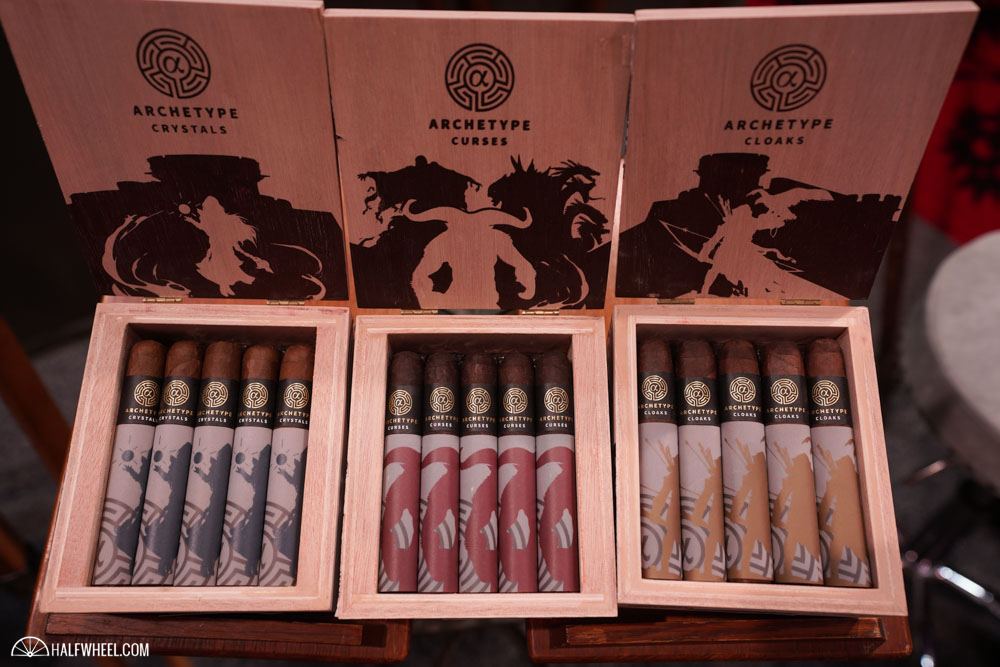 The Archetype Fantasy Miniseries is the newest series from Ventura Cigar Co. and the first project that Michael Giannini is heading up. It’s an interesting concept: three cigars, all made at the same factory, Tabacalera Oliva Cigars de Nicaragua S.A., and all in the same size. They are also all $9 per cigar.

Cloaks is a box-pressed robusto.

Crystals is a round cigar with a closed foot and pigtail.

Curses also is round with a closed foot and pigtail. The other featured release is Case Study No. 13. This is one of the 26 Case Study releases the company announced in 2016. Now, it’s time for No. 13 to get its more formal and widespread release. It’s a limited edition, broadleaf-wrapped cigar from Drew Estate.

Update (Aug. 3, 2018) — The original version of this article incorrectly stated the Fantasy Miniseries was made at NACSA. It is being made at TABOLISA.