The LED halo ring was back over the Perdomo booth this year, the Pearl drum kit was back inside the booth alongside a pair of congas that Nicholas Perdomo III was playing, and while it looked much the same, there was one thing missing: new cigars.

Nick Perdomo Jr. said that the company opted not to roll out anything new based both on the risks associated of bringing cigars out under the new FDA regulations, and that it made more sense to focus on the brands more than 100 SKUs, getting more of them onto their existing retailers’ shelves. 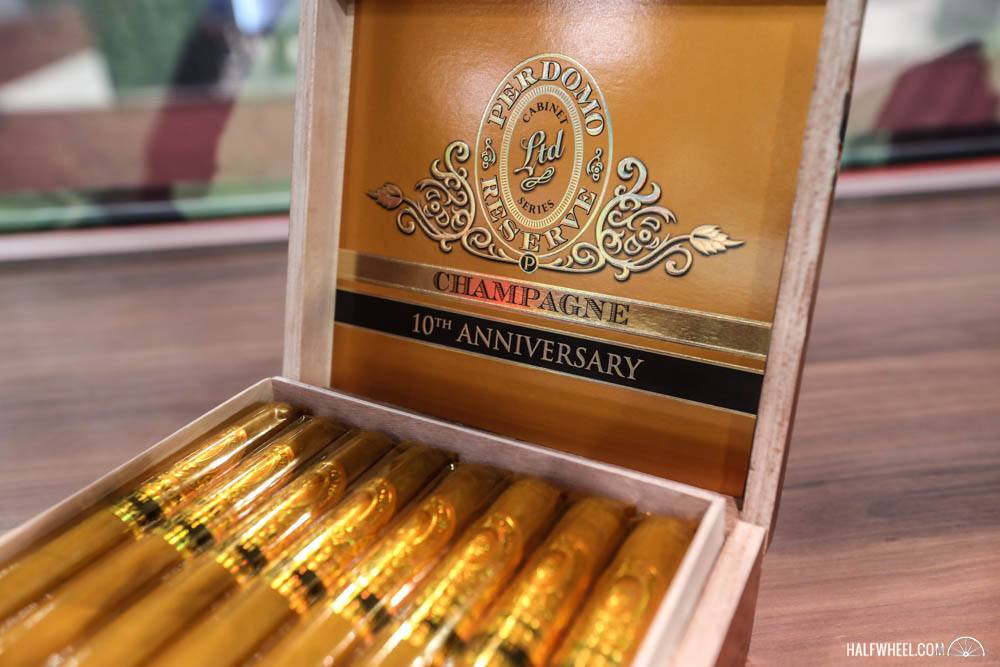 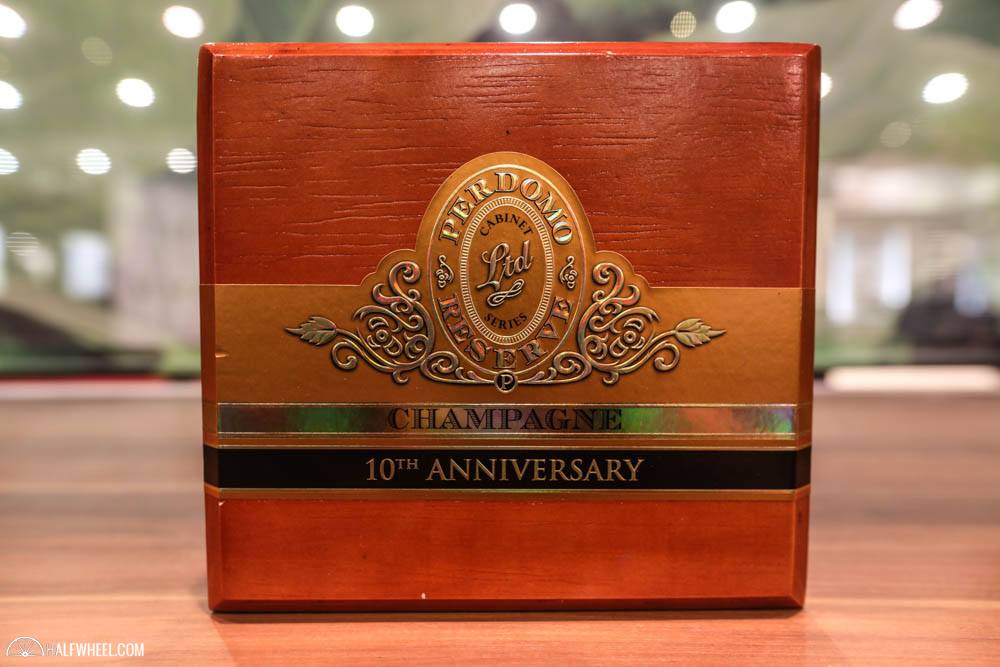 One thing that did change this year was an updated presentation for the Perdomo Reserve 10th Anniversary Champagne, as the boxes and bands get gold holographic foil added. It’s a familiar look but one that is a good bit brighter and more eye-catching than the previous iteration. Expect to see it soon on your local retailer’s shelves.