I actually had to look back at Patrick’s coverage of MLB Cigar Ventures from prior years. I cannot say I ever actually visited Mike Bellody’s trade show operation, but after looking back at a few pictures, this year was definitely more put together last year.

Bellody has partnered with the Seijas family’s Matilde brand for a new distribution company: Seibel Distribution. Like I noted in my coverage of that booth, the company’s booth was located near Oscar Valladares Tobacco Co. and Island Jim, a move that certainly helped the company’s sales brokers, who oftentimes work with the other two brands. One other thing I found interesting, Bellody was hosting dinners for retailers at a house, something that was rather popular in Orlando and New Orleans, but not oftentimes seen in Vegas. 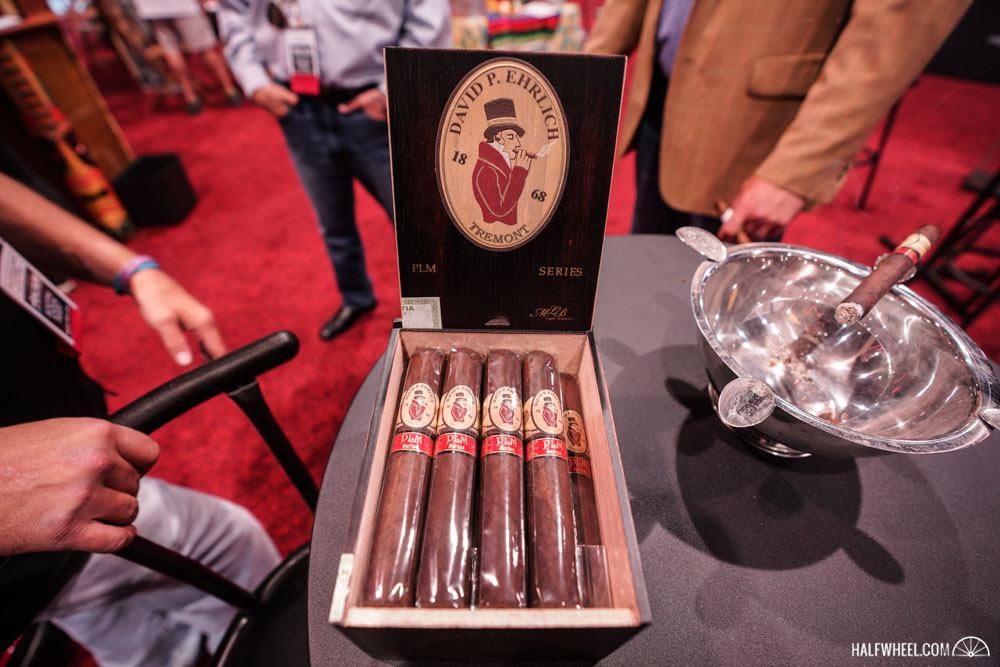 The newest entry into the David P. Ehrlich line is the PLM Series, which debuted on June 9 as a store exclusive but is now shipping to all retailers. The Its name is a tribute to Paul L. Macdonald, who owned the David P. Ehrlich Tobacconist store for more than 40 years, and who also the father of Barry McDonald, national sales manager of MLB Cigar Ventures. The line is being made at E.P. Carrillo’s Tabacalera La Alianza S.A. in the Dominican Republic.