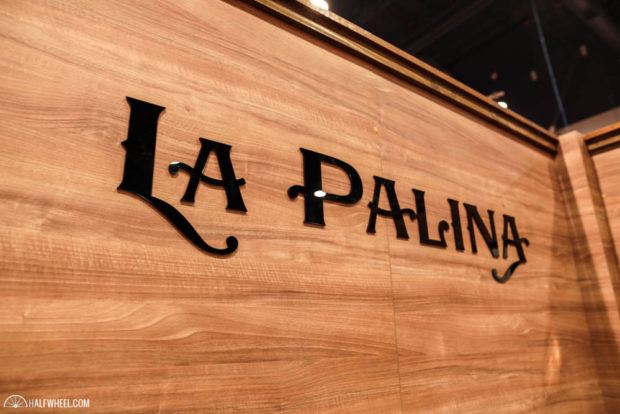 La Palina had a number of new releases to show off at this year’s IPCPR, although virtually none of them were announced ahead of time. In fact, one of the new releases was not even detailed on any of the company’s price lists and I did not see it in any of the display cases. 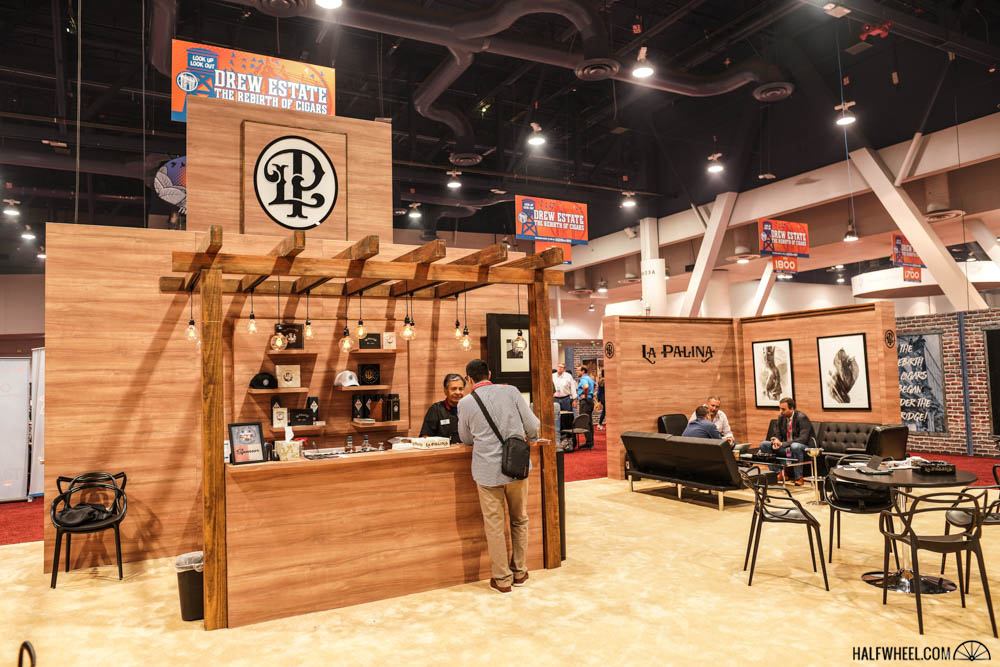 The booth is exactly the way I remembered it from last year, all the way down to the excellent espresso they serve at a bar in the center of the space, thankfully. The booth seemed to be quite busy, as the first couple of times I stopped by there were too many people there for me to talk to anyone, so I had to return a bit later in the day. 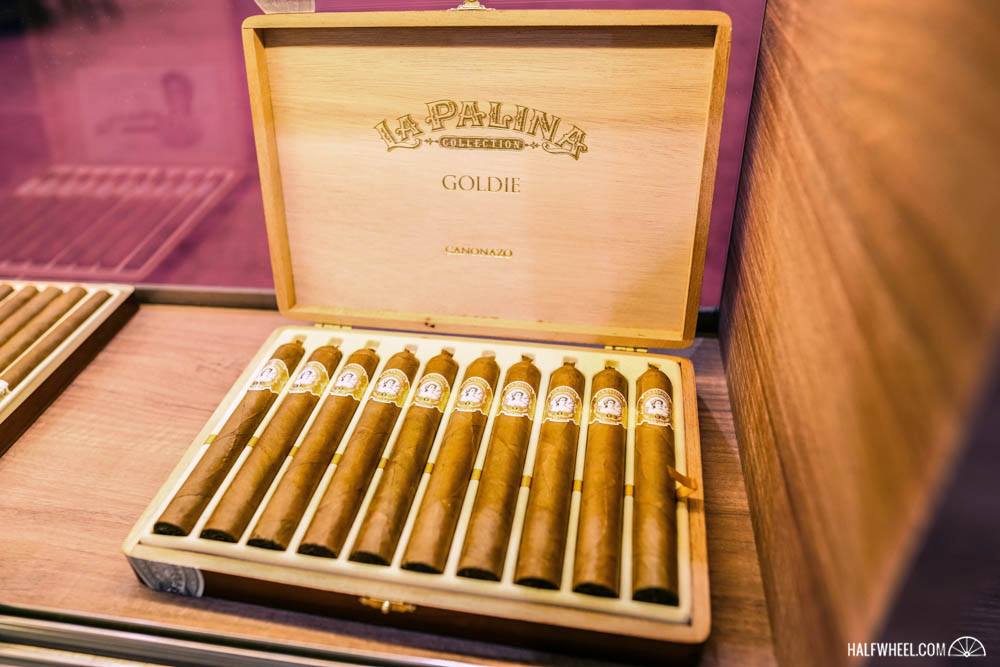 The latest in a line that now includes seven different releases, the Goldie Cañonazo comes in at 5 7/8 x 52—just 1/8 inch shorter than last year’s release—and just happens to be the exact same size as the Cuban Cohiba Siglo VI. One interesting addition is the fact that there is now a ribbon that runs under each of the Goldies in the box, meaning there will be fewer damaged cigars trying to pull them out of the molded plastic they are resting in. 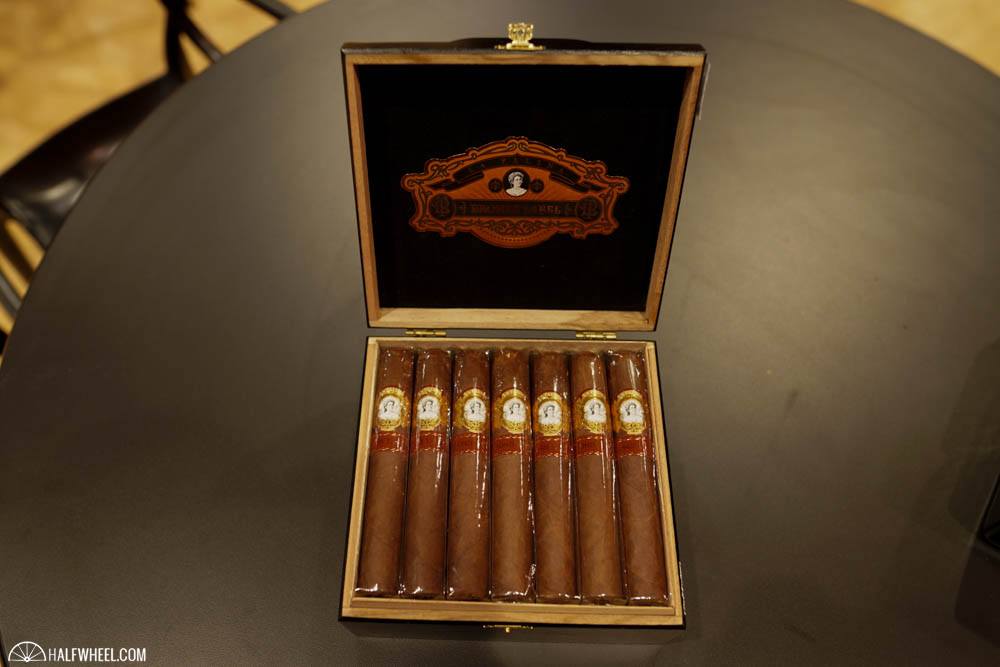 Speaking of TAA exclusives, La Palina is adding another vitola to its Bronze Label line, which also happened to be the company’s TAA release for last year that became a regular production item in February. The new size is the Bullet, a 4 x 54 petit robusto sold in boxes of 20 with only 500 boxes being released.

If you had walked in and only asked for a price list before leaving, you would have missed this new release, as it was nowhere to be found on any of the sheets I was given nor did I see it in any of the display cases. Originally a 2018 Tobacconists’ Association of America (TAA) exclusive, this blend is being rereleased under the Blue Label moniker as a limited release of only 550 boxes of 20, although the 6 1/2 x 52 vitola will remain the same. 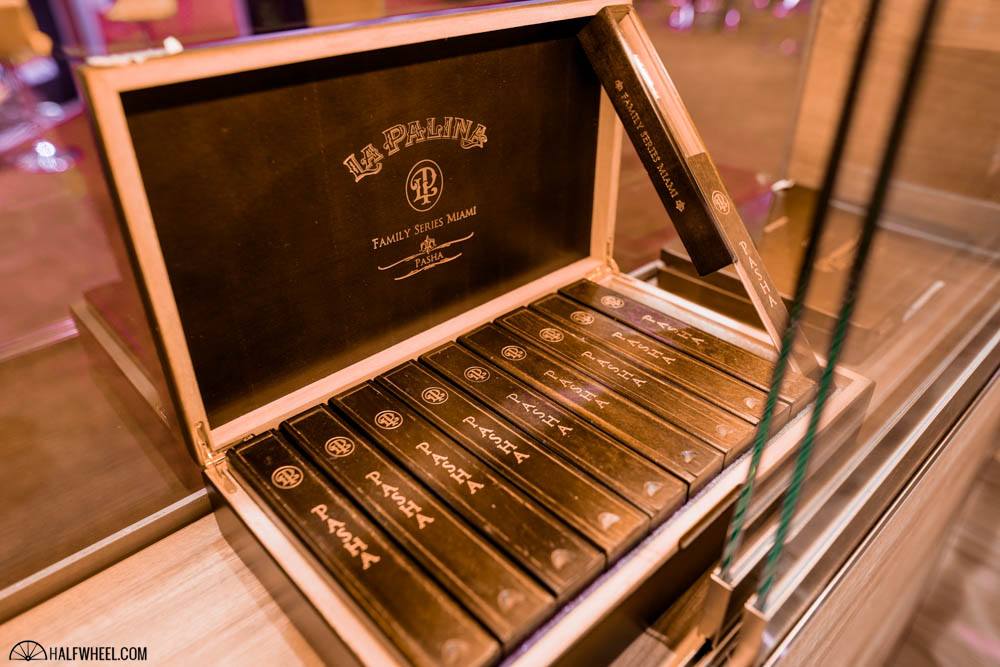 Finally, La Palina is once again releasing its Family Series Miami Pasha vitola packaged in individual coffins, with 20 coffins to a box and only 250 boxes available. While the cigars inside are the same as the regular production version, the coffins each cost $1.50 more.