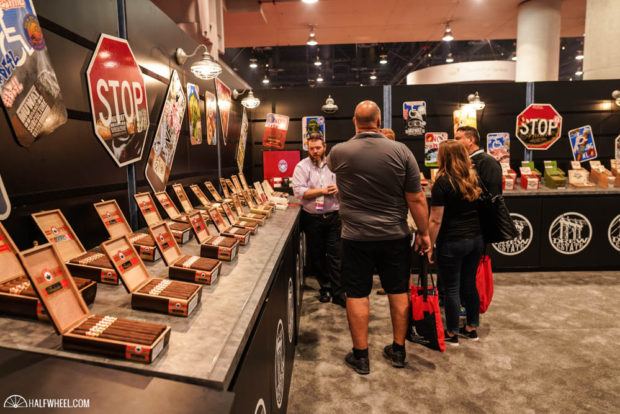 As has been the case the past few years, Joya de Nicaragua was located in the Drew Estate booth.

This year, the company is celebrating its 50th anniversary and has not only a new cigar to celebrate that occasion, but also a new blend named after another color. 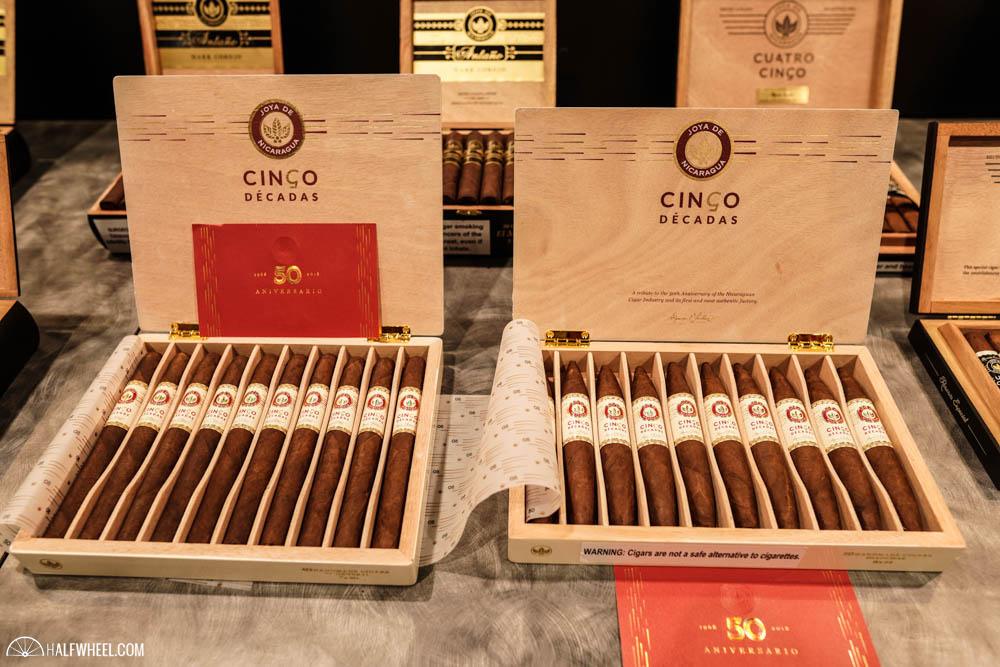 Yes, the Nicaraguan cigar company is actually 50 years old. On paper, the Cinco Décadas—Spanish for five decades—seems to be a fitting tribute, especially considering it is being released in the same vitolas that were first rolled at the factory when it opened in 1968. 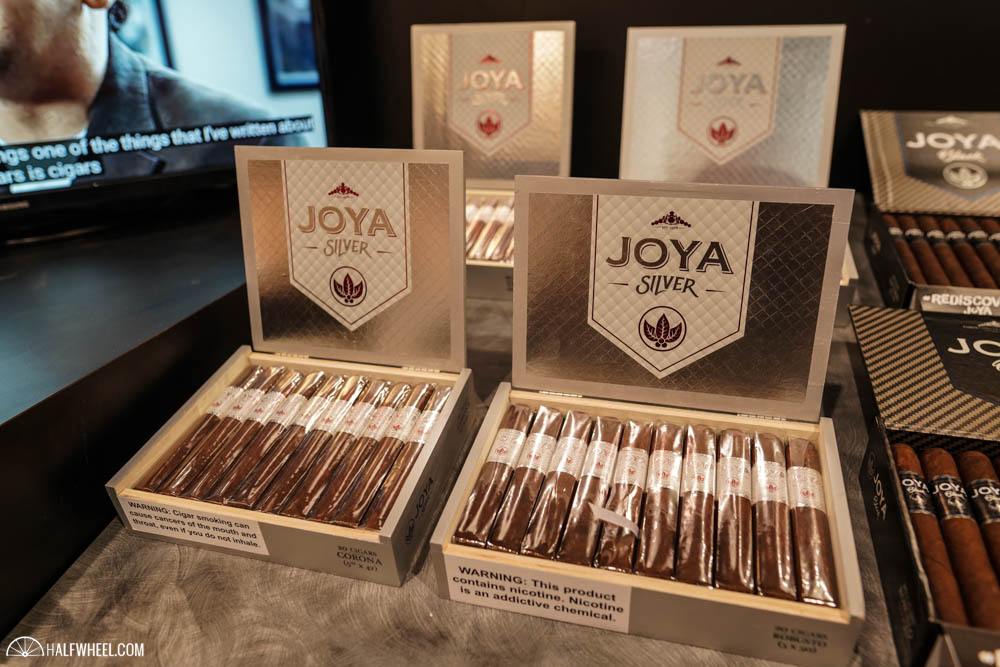 First came Joya Black, followed by Joya Red. While the color silver might invoke thoughts of a milder blend—especially considering the colors that came before it—the company describes the Silver blend as “medium-full.”

Yes, there are some new tins to go along with the more than 10 that were released last year. I asked why there were no tins for the new Joya Silver and was told it was under consideration.

Update (July 19, 2018) — The original version of this post stated an incorrect blend of the Cinco Décadas.