At times the Jas Sum Kral booth was so busy I didn’t dare to go into the booth and then there were times like when I went into the booth when it was empty. This is the nature of the show: ebbs and flows. Riste Buc’s booth had some custom Stinky ashtray structures, shaped like his logo, and some product on display. There was supposed to be more, but 25 boxes of his cigars were stolen during the set-up process and as such, there were no lanceros or lonsdales on display. One thing that I really like about JSK was it was previewing its 2019 launches. Retailers were informed that if they placed orders at the show they would be guaranteed allocation for next year. Earlier this year, Jas Sum Kral announced that it would move its production to the Tabacalera de Aragon S.A. factory. As such, all of the company’s blends have been going through the transition and now the Red Knight is ready to return to stores. 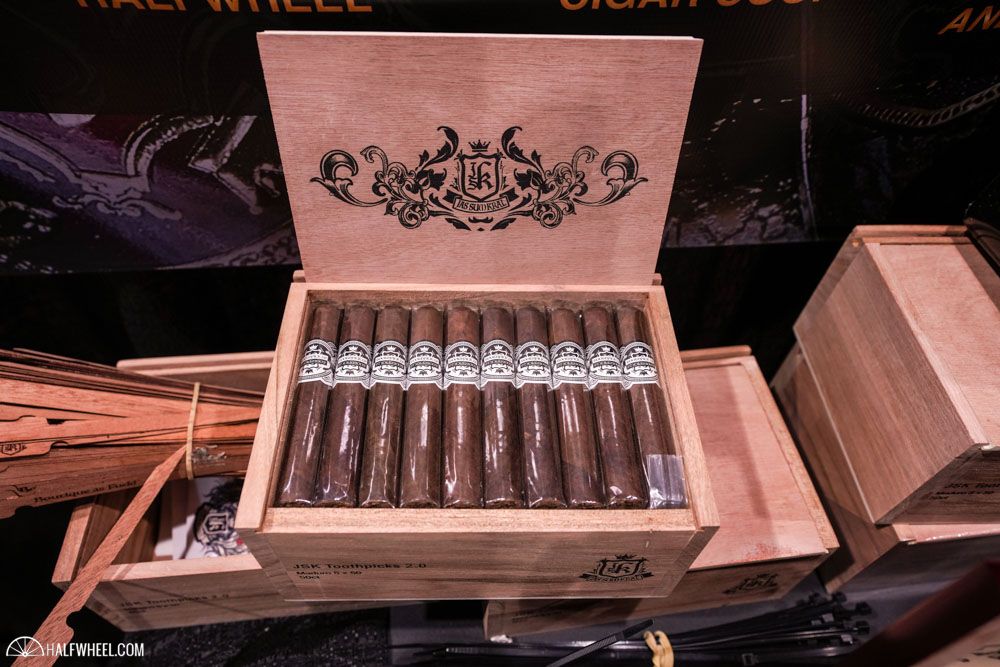 The Crna Nok—originally introduced in 2016—will return next year. Like the rest of the company’s lines, this will be made at the Tabacalera de Aragon S.A., which is now handling all of JSK production.

Another blend from 2016 will return next year with production from the new factory.

This is a new limited release collection based on Cubans from the 1990s. It will be offered in three sizes, all in 47 ring gauge. Scheduled for 2019.

This will be a quarterly release next year that adds shaggy feet to regular production cigars. The plan is to feature one of the company’s lines per quarter and are all sold in glass top boxes.