There are many debates about whether the placement of a company’s booth truly matters for the purposes of sales. I’ll argue that if a company has products retailers want to buy, the stores will walk to whatever corner of the trade show they need to. That being said, if a company does not have those products, it doesn’t matter where the booth is.

HVC Cigars booth is certainly a testament that if nothing else, a bit better placement can make for a bit more fun. This year HVC is surrounded by larger booths, notably Drew Estate to the side and Oliva behind it. Company founder Reinier Lorenzo told me that he had his best day one of a trade show, something that was probably helped a lot by the residual traffic from the larger companies. The one downside is that being next to Drew Estate means you have to listen to its music, regardless of if you want to or not. The HVC Edición Especial returns. It’s not a limited edition, though the band says 2018, which makes you wonder if there will be a 2019. This is the first Edición Especial since 2015, which is so far the only one that has been released. There is no official word on whether the series continues on a more regular basis. 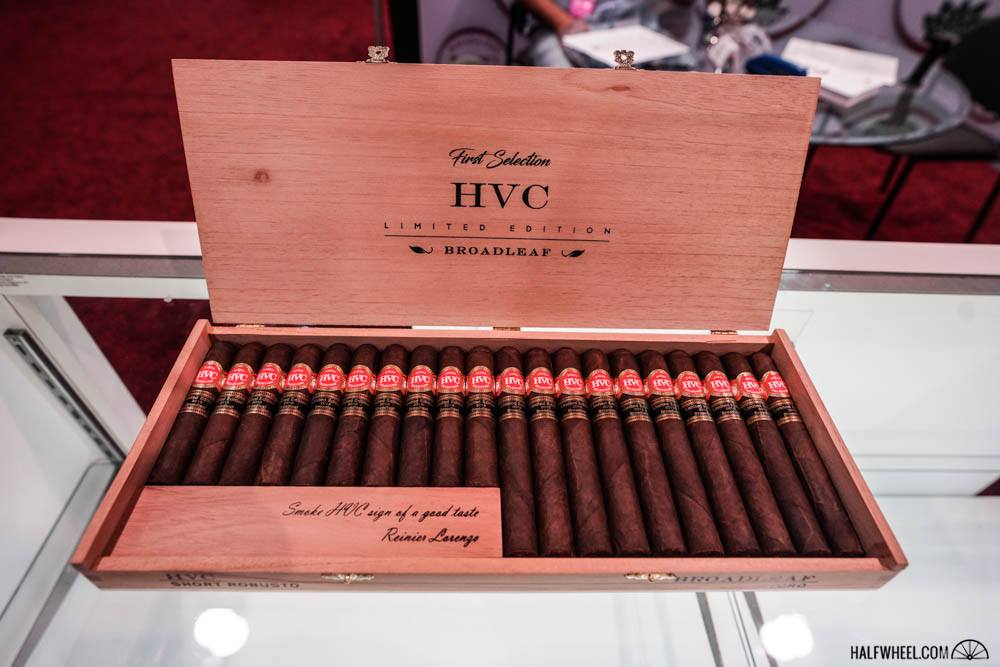 This is somehow the first time the Tabacos Valle de Jalapa S.A. (TABSA) factory is working with Connecticut broadleaf. The packaging might not be the most retail-friendly, but it is pretty to look at. Of note, the boxes come with 10 Robustos and Toros.