There are very few companies, if any, who will write the number of orders as General Cigar Co. The company’s brands include Macanudo, CAO, Diesel, Odyssey, Toraño and others, as well as the U.S. rights to Cohiba, Hoyo de Monterrey, La Gloria Cubana and Partagas. You could walk by the General and not know it. Unlike in years past where General would feature an open layout or a variety of brands, the front of the General booth looks like a CAO booth. Once inside, General puts its brands on the outer walls with each of the brands occupying its own space, complete with at least one representative there to talk to retailers and media about the new launches. It makes sense to start with CAO Nicaragua as it’s the featured brand of CAO.

As Rick Rodriguez explains, despite the factory being in Nicaragua, CAO hasn’t always made classic Nicaragua blends. That changes now. 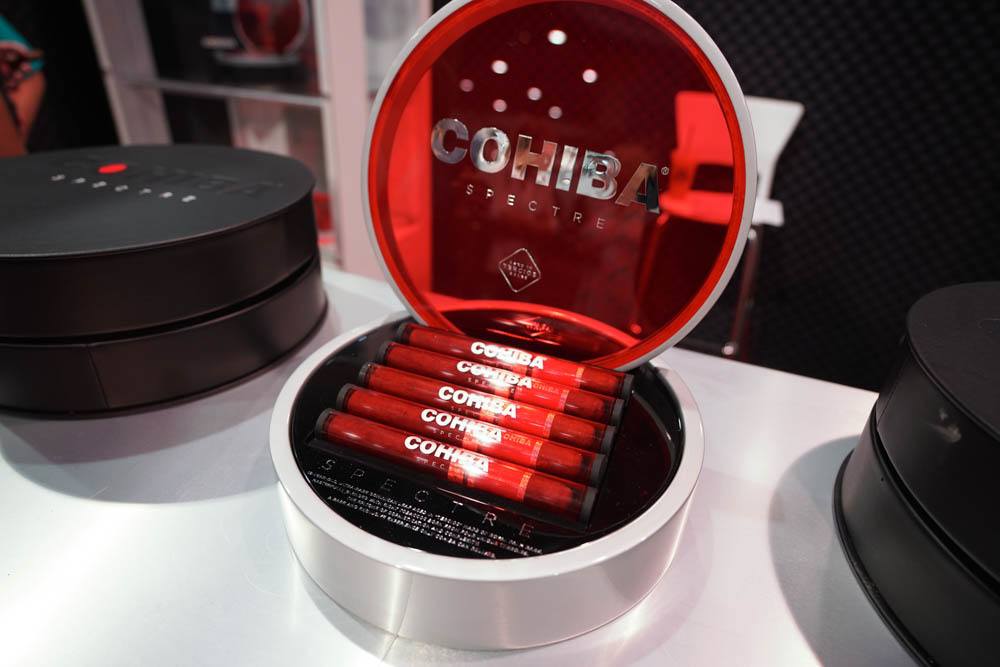 An early candidate for halfwheel’s 2018 packaging awards, the high-priced Cohiba Spectre is different. The boxes are massive, but beautiful, the tubos are cool and there’s even new accessories to go along with it. Oh, and as of 30 minutes into the show, it was already oversold. Diesel Whiskey Row first debuted on June 4, but it’s shipping in waves. General says the cigar is already well sold out and it’s now ramping up events. Those events will include whiskey tastings with the Rabbit Hole whiskey whose barrels are used for the aging of this cigar. In addition, General is giving out 100 custom-made bars, which include areas for storing both cigars and liquor. The latest in the partnership between General Cigar Co. for their Hoyo line is La Amistad Black. Notably, this offer is box-pressed. 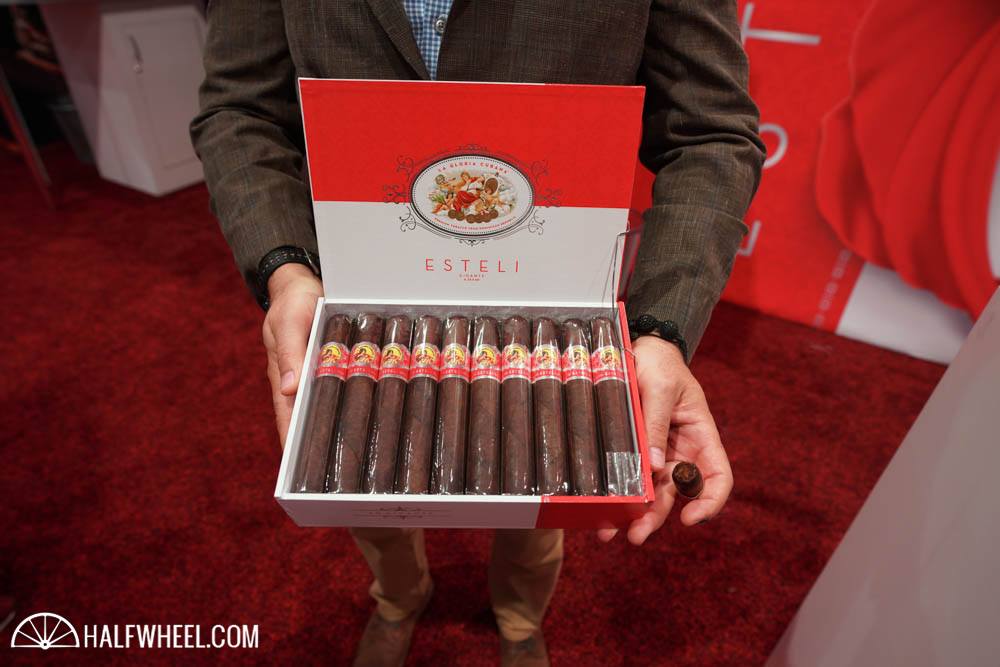 CAO might be honoring Nicaragua, but La Gloria Cubana is actually going to Estelí. For the first time ever, the brand will be made in a Nicaraguan factory, specifically the STG Estelí factory best known for CAO. 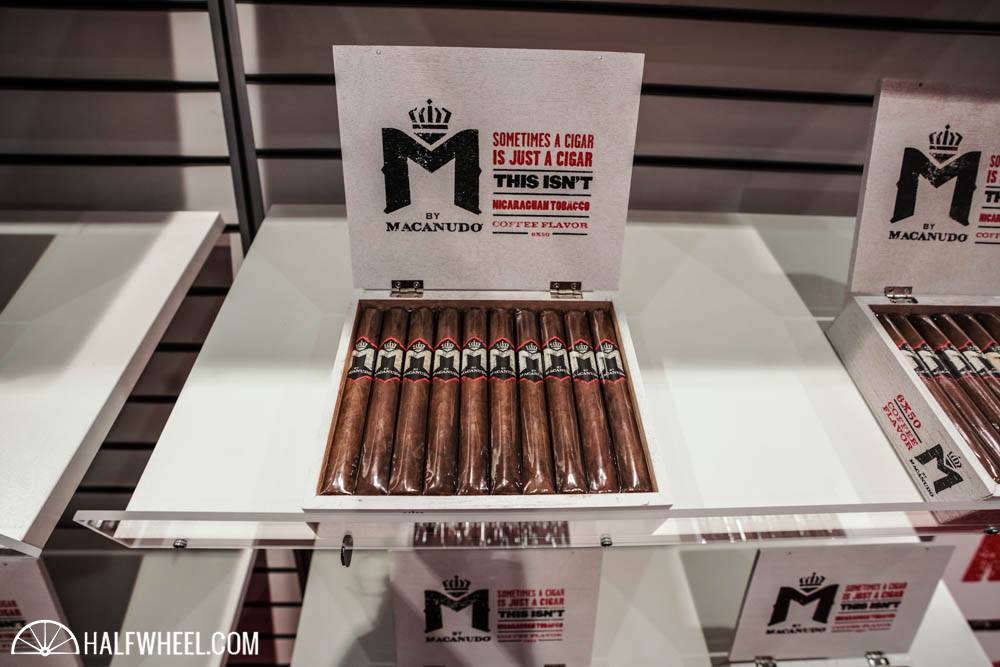 Macanudo is celebrating its 50th anniversary, but now how most people could have imagined. The company is adding a coffee-flavored cigar called Macanudo M. The idea here is all price point. Rocky Patel’s Java is the clear leader of coffee cigars, but that line has gotten to be more expensive. General isn’t saying it’s going after Java, but it’s going after Java. General’s bundle line, Odyssey gets a new offering in the form of a Nicaraguan maduro. These are mix-filled and made by Plasencia in Nicaragua. Punch Diablo is described as the strongest Punch offering to date. It also comes from A.J. Fernández. One interesting feature is the boxes are all the same size, something General estimates saves 15 percent on a retailer’s shelf. One nice feature is the new packaging was displayed on the right, while the old packaging on the left. It’s certainly helpful for me, and probably more helpful for retailers. Four classic Toraño brands return, the 1916 Cameroon is not being shown. Pacakaging has been updated to include the foot bands and most importantly, the price has dropped $1 per cigar.