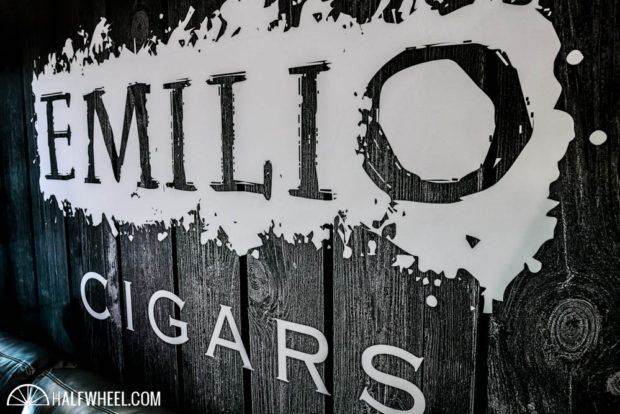 Boutiques Unified was trying a different approach this year, breaking into different booths instead of putting all of its brands into one. Emilio was, however, paired up with Black Label Trading Co., not only in a brand new booth, but a booth that was pretty busy when I stopped by. Scott Zucca, owner of Boutiques Unified and Emilio, wanted to do something special with the Grimalkin for Halloween, so a limited number of orange boxes were made up for the release. Blend and price point remain the same as the regular production, and the cigar is only being released in the robusto size.