Steve Saka is optimistic. Those are four words that I haven’t been writing of late. Sure—he was passing out buttons that said “I HATE SAKA!!!” but once I was able to talk to the Dunbarton Tobacco & Trust founder, he was surprisingly positive about how things were going. One notable addition this year: some theft. Saka and I had a lengthy conversation about whether this is a flagship release or a halo product, I sided with the former. Whatever the case, he’s rather excited the project is heading out to stores soon. One note, the bands might be a slightly different color white by the time they head to stores. 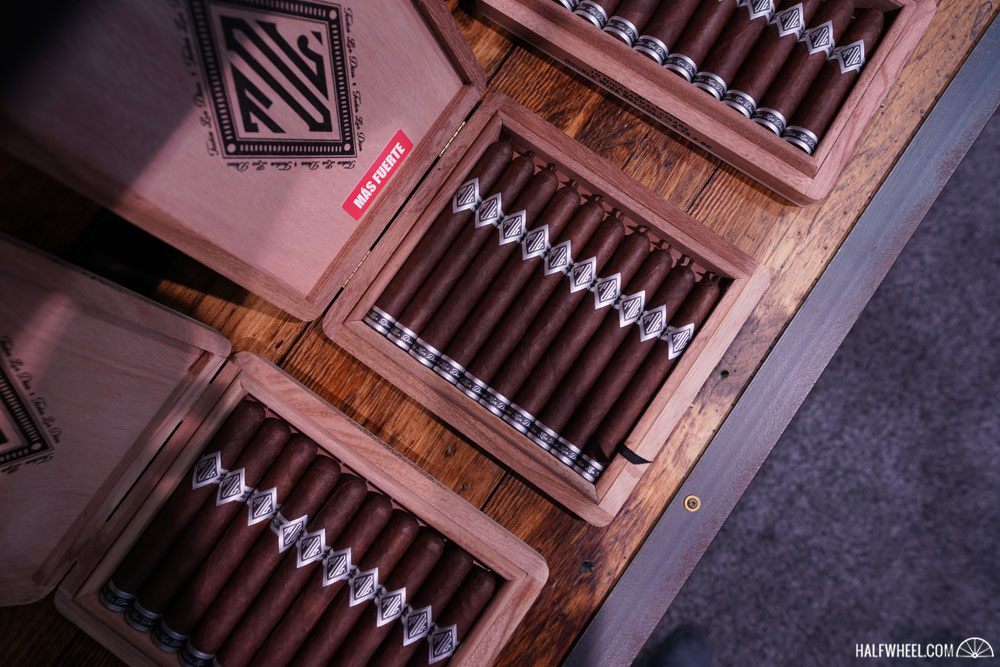 The mistake is now a release—and probably sold out. The story goes that Saka gave the Joya de Nicaragua factory the wrong blend, a slightly stronger version of Todos Las Dias, which they produced in this lonsdale size. Rather than destroying the cigars, they are now for sale.

Saka hates lanceros, but here we are again. This time the lancero is called #NLMTHA—now leave me the hell alone—a new addition to the Muestra de Saka line.

While this is not new, there is some news on this front: one, retailers can now actually buy the cigar; two, it will return next year.