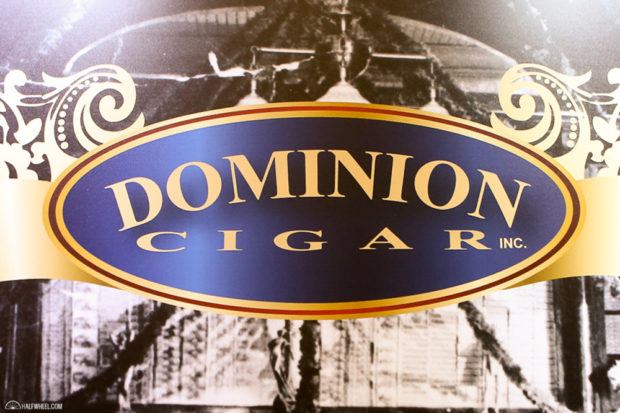 After releasing two new blends at last year’s IPCPR Convention & Trade Show—one of which was a Canadian exclusive—Dominion Cigar, Inc. followed that up this year with one new release as well as an expanded availability for another of its creations. 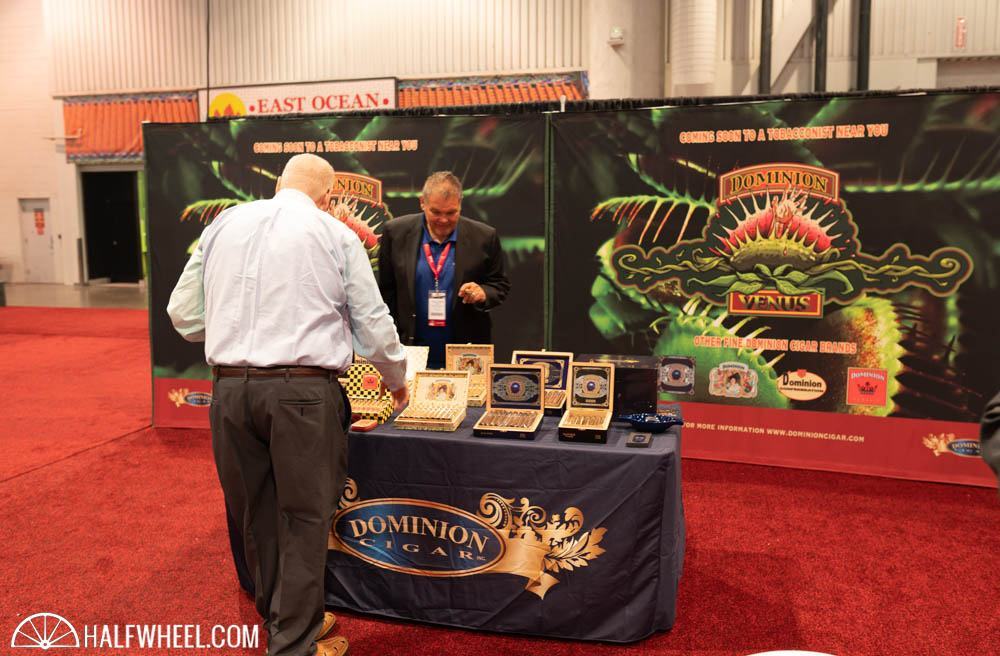 While the Dominion booth had the same basic layout as in previous years, the space was dominated by a large, eye-catching backdrop with a logo for the company’s newest release, the Dominion Venus. The booth also included a number of Dominion’s other releases, including the Confederation, Black Lotus and Classic, the latter of which will now be shipped to Canada by the end of the year. 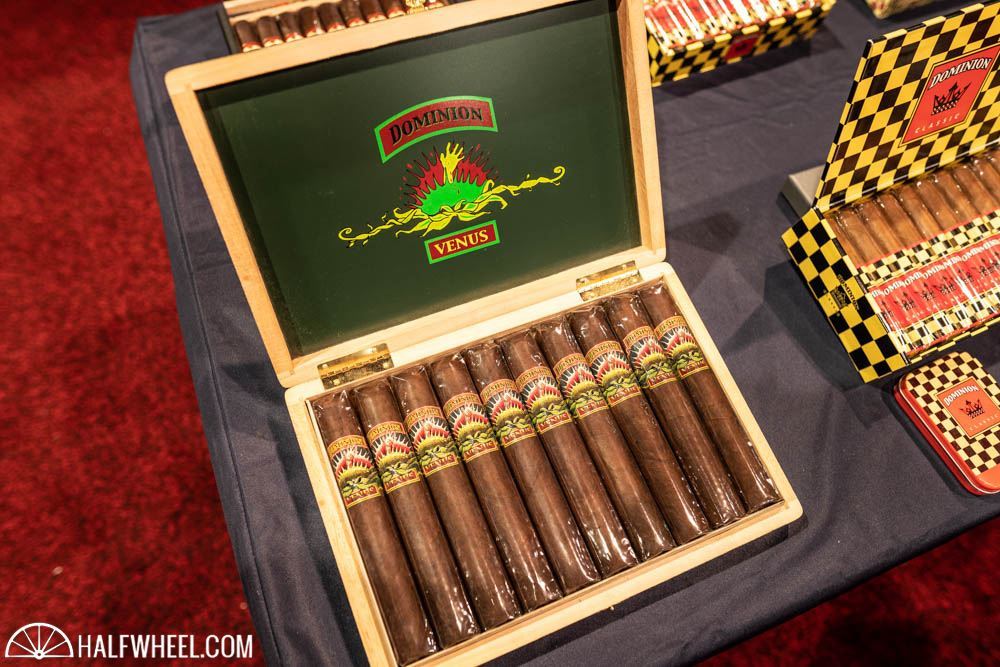 Like the Confederation line last year, the Dominion Venus is a Canadian exclusive release, although the company is looking into getting it into the U.S. market before the end of the year. Brand owner Steve Riker told me that the logo was drawn by an artist he knows who works primarily on video game covers. 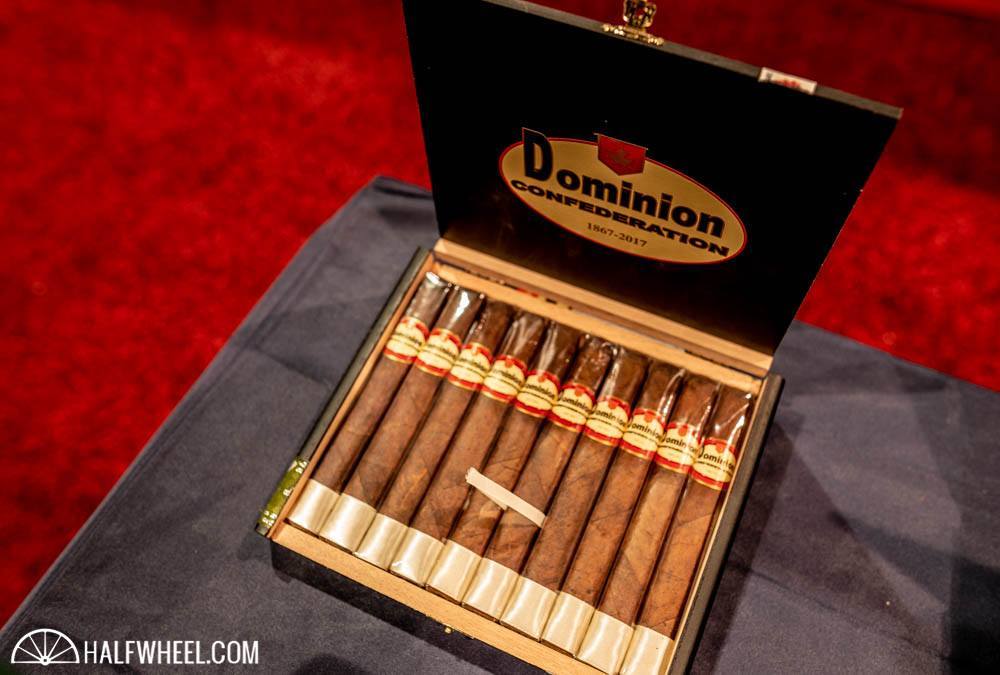 Speaking of the Confederation blend, the former Canadian exclusive limited release will now not only be available in the U.S., but also will now be a regular production product. Originally released at last year’s show to commemorate the 150th anniversary of the Canadian Confederation—i.e. Canadian independence—the cigar was previously limited to just 550 boxes of 10.