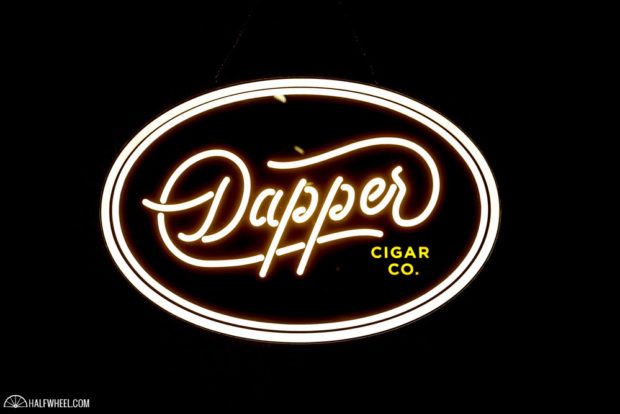 Dapper Cigar Co. had a trio of new releases this year, including a line extension for its Cubo brand, as well as Siempre Sungrown and El Boraccho Maduro. Company founder Ian Reith also had a pair of cigars he is bringing back from the archives of Cigars Ltd. in Fresno, Calif., which happens to be where he and the company are based. This was the one line that wasn’t announced prior to the show, and it’s one that digs into the history books a bit. Reith partnered with the folks behind Cigars Ltd. to resurrect the Cubata Cru brand, which will be getting a makeover in the coming months. The cigars were originally created at La Aurora, which is where some of Dapper’s Cubo cigars are made, so there’s that connection as well. There will be two versions, one using a shade grown wrapper and the other using a maduro, but Reith isn’t disclosing the blend, and pricing still has to be finalized, but he’s expecting the line to come in at the $7-$8 range when they begin shipping in about three months, which is reflected below.

Dapper’s Cubo brand gets its third line extension, the Cubo Sumatra, which joins the Cubo Claro and Cubo Maduro. Ian Reith, founder of Dapper Cigar Co., says this is a revisit to the original release of the Cubo brand, which came out approximately five years ago. He’s kept the same core filler blend while adding an additional Nicaraguan varietal as well as Connecticut broadleaf to the filler to give the cigars a new level of complexity and aroma. Nicaragua American Cigars S.A. in Estelí is making the line. The original original El Borracho blend gets a new maduro spin, kicked up with more Nicaraguan ligero being added to the filler and a switch to a Connecticut broadleaf wrapper. The wrapper comes from the Lancaster Leaf Co., while the Nicaraguan habano roasdo binder comes from Oliva Tobacco Co.’s Cofradia farm in Jalapa, Nicaragua. For the filler, the company is using a trio of Nicaraguan tobaccos grown by the Oliva Tobacco Co., with tobaccos coming from the company’s La Joya farm in Estelí, the Cofradia farm in Jalapa, and the gk Relleno farm in Condega. All three of the sizes are box-pressed, and the Edmundo vitola is getting a limited edition humidor release, with just 20 pieces being produced, each hand-made in Fresno, Calif. by ceramic artist Hannah Desch and uniquely hand painted by artist Héctor René Hinojosa in the traditional Talavera style of Mexico. Drawing on the Spanish word for always, the Siempre Sun Grown is said to be a prime example of Dapper Cigar Co.’s commitment to continually craft world-class cigars. The line uses an Ecaudorian sungrown Sumatra wrapper from the Oliva Tobacco Co., a Connecticut broadleaf binder from Lancaster Leaf Tobacco Co. and a quartet of filler tobaccos: Nicaraguan leaves from Estelí, Ometepe and Jalapa, along with a Honduran leaf from the Jamastran valley. The fillers from Ometepe and Jalapa come from Oliva Tobacco Co. as well, while the Estelí and Jamastran Valley leaves’ growers are not being disclosed. In a press release, the company described it as medium plus in strength and full in flavor.