Crowned Heads’ rustic looking booth is back, complete with the portrait of the Man in Black himself, Johnny Cash. Unlike last year, there are a plethora of new releases to show off, including a new brand and two fairly significant line extensions. This is the first cigar that Crowned Heads has released with the company name as part of its moniker and was “crafted specifically with a spirit of gratitude and humility towards those and for those that have supported Crowned Heads over the years.” According to the company, the new three-vitola line incorporates tobacco that was chosen based on their terroir, availability and age. An extension of Crowned Heads’ popular Four Kicks line that debuted at the IPCPR show last year, this vitola is covered in a Connecticut habano wrapper and was first shipped as a exclusive for TAA retailers last month. It is now shipping in a wider release packaged in boxes of 10 and joins four other vitolas in the line. 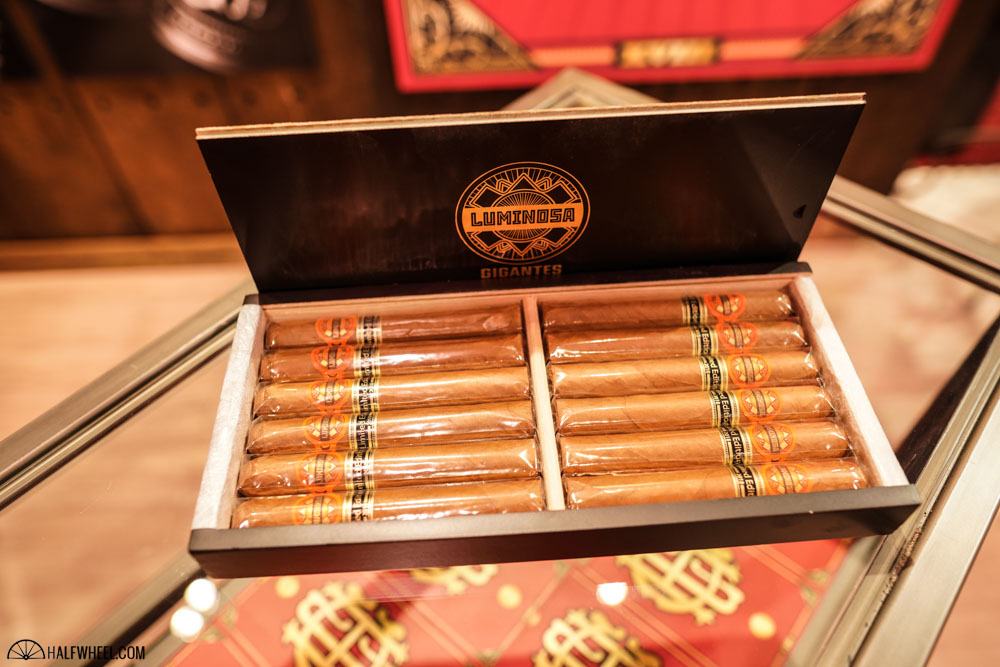 A cigar that Huber calls his “When Hell Freezes Over” release—since he never thought he would release a 6 x 60 vitola—the Luminosa Gigantes LE 2018 is packaged in 12-count boxes with only 24,000 total cigars produced. Crowned Heads soft launched the Luminosa blend in late 2016 before releasing the line as a full production item last year.